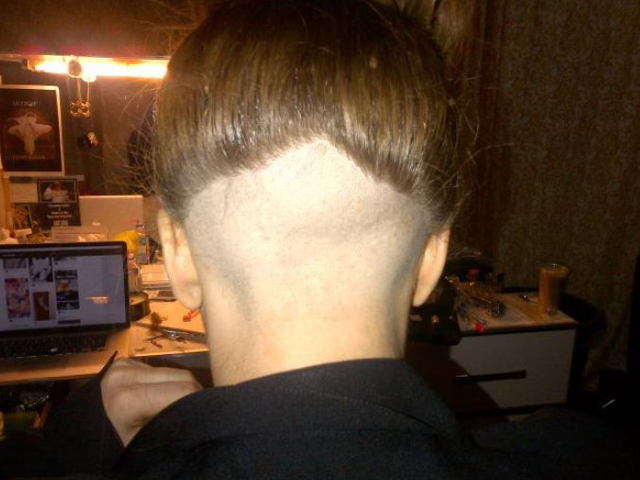 (CBS News) Lady Gaga is the latest star to chop off her locks.

The pop singer shaved part of her head in honor of the mother of her close friend, photographer Terry Richardson..

Gaga posted a link to her blog that featured the photo of what appears to be her shaved head.

The celebrity photographer posted about his mother's death on his his Tumblr page: "R.I.P. Annie Lomax, My Mom 1938-2012"

Gaga and Richardson have worked together in the past. Last year, he published a book filled with photographs of the star titled "Lady Gaga X Terry Richardson."

Gaga recently announced the her new album will be called "ARTPOP."