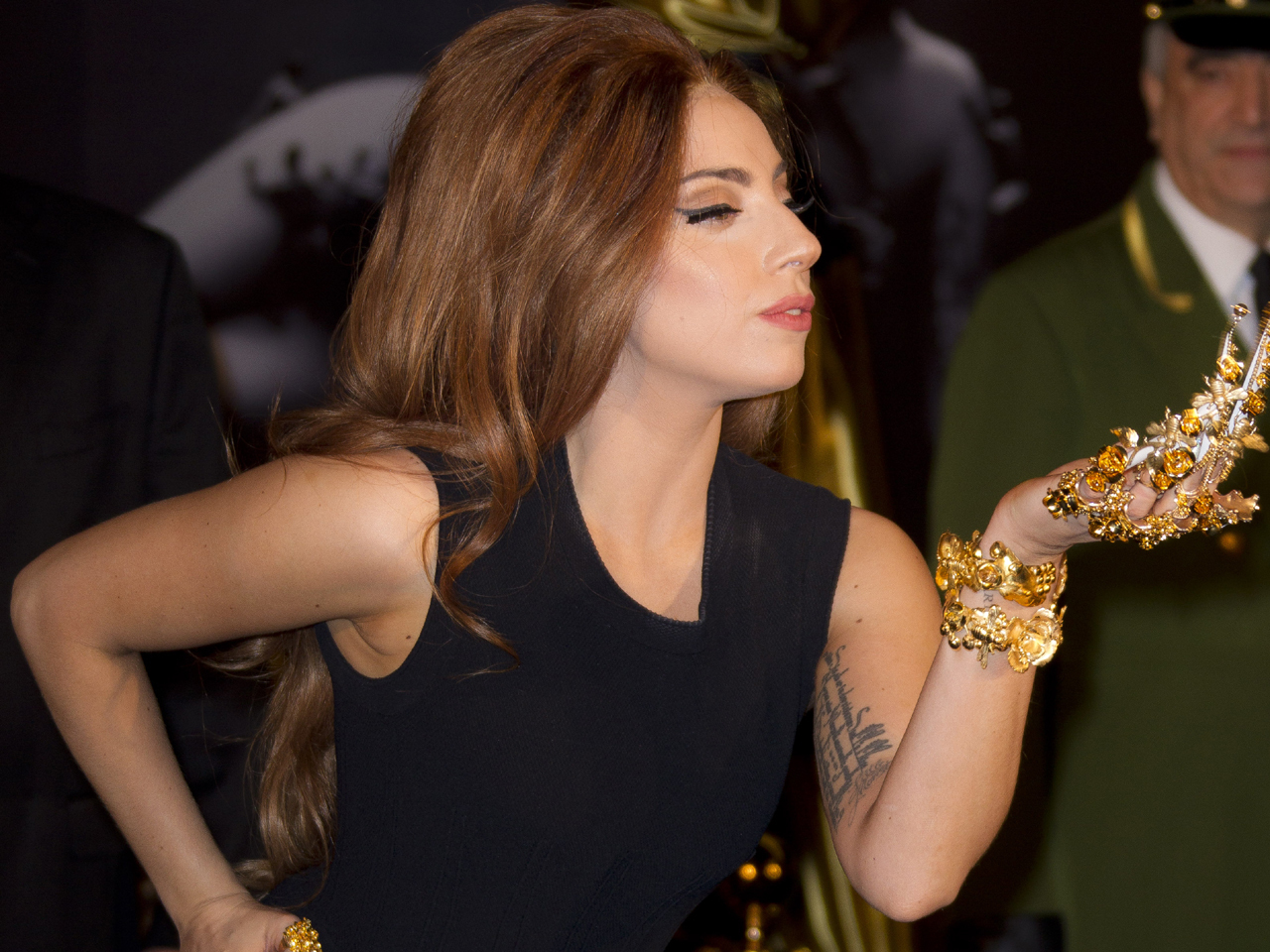 It was a close call for Gaga's Little Monsters. Lady Gaga revealed to WWD that the hip injury she suffered in February and required her to have surgery could have been a lot worse.

"My injury was actually a lot worse than just a labral tear," said Gaga, 27, who has a new album, titled "ARTPOP," dropping on Nov. 11.

"I had broken my hip," she said. "Nobody knew, and I haven't even told the fans yet. But when we got all the MRIs finished before I went to surgery there were giant craters, a hole in my hip the size of a quarter, and the cartilage was just hanging out the other side of my hip."

She added, "I had a tear on the inside of my joint and a huge breakage. The surgeon told me that if I had done another show I might have needed a full hip replacement. I would have been out at least a year, maybe longer."

And that would not have flown with the pop star, who told WWD that she hasn't gone without performing for more than two weeks since she was 14 years old.

But Gaga didn't just sit pretty in her gold-plated wheelchair while recuperating from surgery; she used it to rehabilitate herself and to fine-tune her upcoming album.

"I had six months to beef up my brain and my body," she said. "I got to put a giant white or black sheet of paint over my whole canvas and I got to review "ARTPOP" again. I was given the time to really be creative because it's a gazing process, it really is. I have to gaze into the work for long periods of time for it to be good."

But it looks as if Gaga is back in action and promoting her latest single, "Applause," which will get a standing ovation when it's released on Aug. 19.

Marshawn Lynch arrested on suspicion of DUI in Las Vegas
Thanks for reading CBS NEWS.
Create your free account or log in
for more features.
View CBS News In
CBS News App Open
Chrome Safari Continue
Be the first to know
Get browser notifications for breaking news, live events, and exclusive reporting.