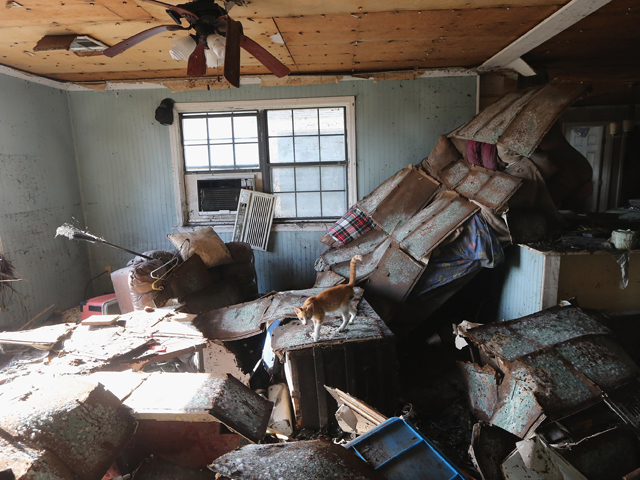 The numbers are the first official damage estimates from the storm, which struck a week ago.

Christina Stephens, spokeswoman for the Governor's Office of Homeland Security and Emergency Preparedness, says the figures are "very preliminary," based on an initial assessment of communities with flooding and wind damage.

She says in some areas, flooding limits where damage assessment teams can go. She says the numbers could rise after FEMA finishes its house-by-house inspections in the hardest-hit parishes.

Meanwhile, the widespread power outages caused by Isaac have nearly all been repaired. The Public Service Commission says nearly 38,000 homes and businesses remained without electricity Tuesday, about 2 percent of customers.

About 1,500 evacuees remain in shelters.

His statement Monday notes that widespread flooding continues in some areas.

The state has issued more than 200 water boil advisories and has lost more than 40 percent of the electrical power statewide for an extended period.

It also notes that every parish in the state issued an emergency declaration and many issued evacuation orders, and that health care may be disrupted for people who had to move out of their homes.