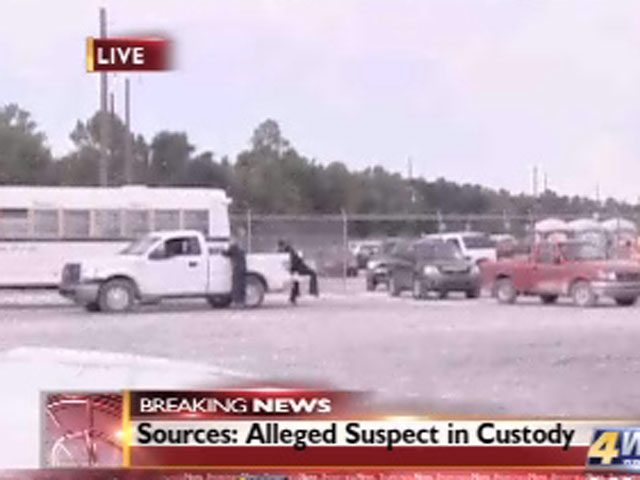 (CBS/WWL) The two sheriff's deputies killed in an early morning shooting in La., were "ambushed" when they went to a trailer park to interview suspects in an earlier shooting, reports CBS affiliate WWLTV.

Sheriff Mike Trege, who choked up while describing the scene for reporters Thursday morning, said the incident began when an officer at the parking lot was approached and shot several times by a suspect.

That officer was taken to University Hospital and is in surgery but expected to survive, said Tregre.

Working on tips from a civilian and another officer, a vehicle similar to the suspect's was spotted and tracked to a trailer park, reports WWLTV.

Trege said that the deputies knocked at the door and were interviewing two suspects when a third person came out another door with an assault rifle and shot the two officers to death in what he called an "ambush."

The officers killed have been identified as Brandon Nielsen, 34, and Jeremy Triche, 27.

According to Trege, Louisiana State Police has taken over the investigation and there are five suspects in custody, some of whom may have suffered gunshot wounds.

"We have reason to believe there are no perpetrators on the loose," Trege said.

Trege, who told reporters he had only been sheriff for 45 days, said informing the deputies' families of their deaths was "the hardest thing I ever had to do."