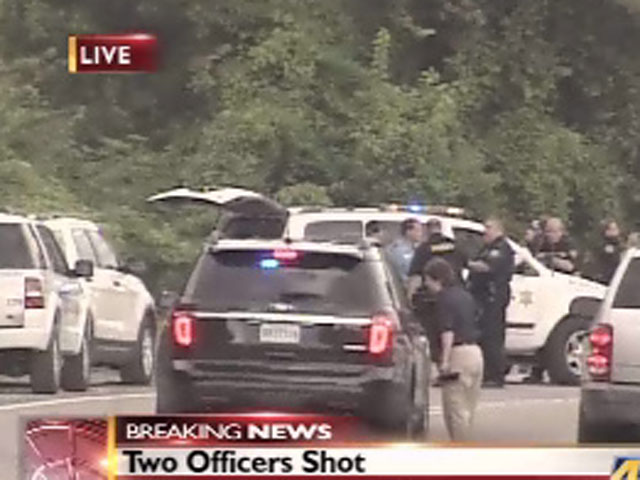 Both injured deputies are in surgery, reports CBS affiliate WWLTV.

One suspect was in custody and a search was on for at least one other, according to law enforcement officials who asked not to be identified.

According to WWL, a deputy car was found riddled with bullets.

The deputies provide security for the remote parking lot in St. John parish, according to a Valero spokesperson. The parking lot is used by workers in an area of manufacturing plants and refineries along the Mississippi River.

Helicopters are circling the area and multiple agencies, including a Jefferson Parish SWAT unit, a K-9 unit, the New Orleans Police Department and the state police are involved.

WWL reports that it appears that workers are being evacuated from the plant.