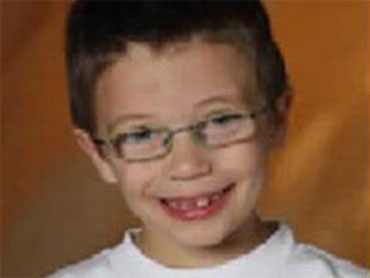 Kyron Horman has been missing since June.

Now, authorities have announced a major change in their investigation, in part because they're running out of money. The search for the Portland, Ore., boy has become the most expensive in the local sheriff's department's history.

Sheriff Dan Staton, of the Multnomah County Sheriff's Office, told reporters, "I do not want the term scaling back utilized in this process. We are not scaling back."

However, CBS News correspondent Ben Tracy pointed out, after spending more than $1 million trying to find the 8-year-old, the Multnomah County sheriff is pulling all but two of his detectives and one technician off the case.

Instead, he wants outside law enforcement and the FBI to create an eight- to 10-person task force to continue a "narrowed" search for the boy.

Staton said, "The commitment we have to the community has suffered because of what has been dedicated and how we've worked this investigation fluidly, and it's reached the point where I've got to release these investigators back to their normal tasks."

But Bruce McCain, a former captain of Multnomah County Sheriff's Office, disagrees with the sheriff's depiction of the situation.

McCain said on "The Early Show" Thursday, "Even though the sheriff says this is not being scaled back, the fact is, when you're the lead agency and you're now paring back to only 30 percent of a task force, there is no other way to describe that than scaling back. The real problem here (is that) he will try to shift up to 70 percent of the cost of this investigation to smaller cities and jurisdictions that have nothing to do with the Kyron case jurisdictionally. It will be a tough sale, so by default, it will be his case whether he likes it or not."

Though authorities still aren't calling her a suspect, the investigation is reportedly focused on Terri Horman, Kyron's stepmother, CBS News correspondent Ben Tracy reports. She was the last one to see Kyron the morning he vanished after being dropped off at school on June 4.

In an interview last month, Kyron's parents pleaded with Terri to tell police what she knows.

Desiree Young, Kyron's biological mother, said, "I want her to know we're done waiting -- that this is not a joke, this is Kyron's life we're talking about."

Last week, Kyron's parents threw him a birthday party. He would have turned 8 on Friday.

Investigators insist this change in resources does not mean they are giving up on finding him.

Staton said, "We have nothing to date that indicates he is not alive. So we will continue to conduct this investigation as though he is."

Tracy said the sheriff stressed that this is still not a cold case.

McCain said the absence of a suspect is "part of the frustration."

He explained, "You've got a million tax dollars spent already with no suspect, no person of interest, frankly, not even an identifiable crime, which continues to frustrate everyone. So, at that point, this is going to be a tough sell to some of these other jurisdictions to pick up the tab for this investigation."

So what happens next if no one comes forward in the coming weeks?

McCain said the district attorney -- who was absent from a press conference Wednesday -- will decide the next steps in this case.

"(The district attorney) told the media earlier this is not a slam dunk, (there's) nobody with a smoking gun. He is looking at this as a long-haul case and (that), for district attorneys, of course, means potentially years. So, this actually could turn to a cold case without any break coming up soon," McCain said.

What could break this case wide open?

McCain said someone would have to come forward to investigators or find the crime scene or evidence.

He explained, "Either somebody who actually knows what happened to Kyron, not somebody calling a tip line -- and actually knows, or what often happens in cases especially in a state like Oregon where you end up having a hiker or a hunter or somebody stumbling across physical evidence a year later. That's happened more than once in this state, given its geographical description here."