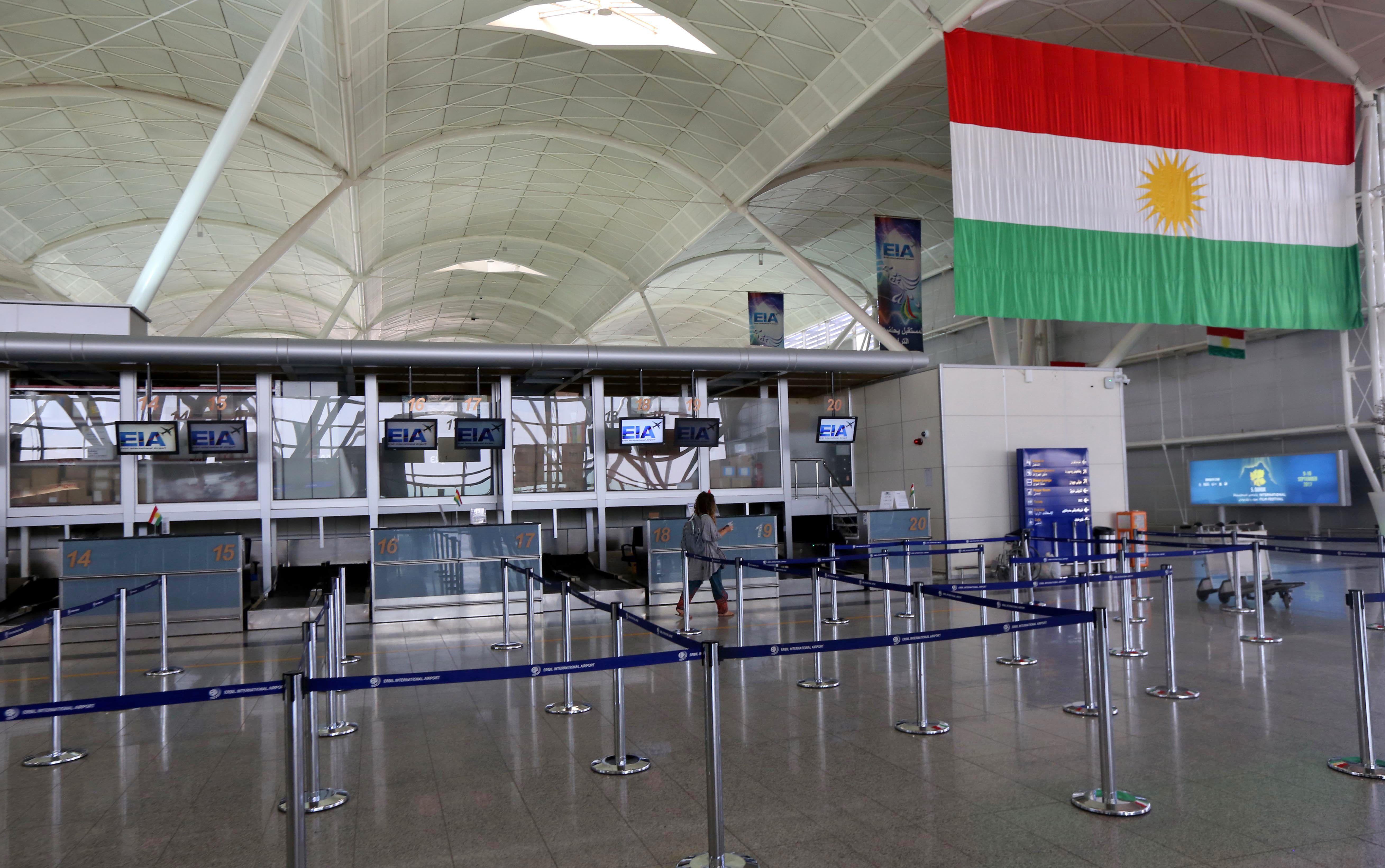 IRBIL, Iraq -- An Iraqi government order that international airlines halt all flights in and out of the cities of Erbil and Sulaimaniyah in Kurdish territory was set to kick in Friday.

The decision to shut down the flights comes amid tensions over an overwhelming "yes" vote in an independence referendum held this week in Iraq's Kurdish region and disputed territories.

Iraq's Transport Ministry ordered international airlines to halt service to Erbil, the Kurdish regional capital, and Sulaimaniyah, its second city. Regional airlines have said they will honor the flight ban.

The nonbinding referendum -- in which the Kurds voted overwhelmingly in favor of independence from Iraq -- was billed by Kurdish leaders as an exercise in self-determination. The idea of an independent state has been central to Kurdish politics for decades.

Also on Friday, Iraqi Prime Minister Haider al-Abadi announced the launch of the "second phase" of the operation to retake the Islamic State of Iraq and Syria (ISIS)-held city of Hawija, 150 miles north of Baghdad.

Hawija is one of the last pockets of ISIS-held territory in Iraq. Iraqi forces are also fighting the extremists in the western province of Anbar where ISIS launched a counterattack against Iraqi forces holding the provincial capital of Ramadi Wednesday. The city had been declared "fully liberated" from the group in Feb. 2016.

More broadly, Dillon said the fallout from the Kurdish referendum has diminished the military's focus on fighting ISIS.

"What I'll say now is that there is a lot of posturing and a lot of things that have been said about what could or may happen," he said. "The focus, which used to be like a laser beam on (ISIS), is now not 100 percent there. So there has been an effect on the overall mission to defeat (ISIS) in Iraq as a result of the referendum."

Asked whether it is just the Iraqi security forces that have lost focus, he said the Peshmerga and U.S. military planners and advisers also have lost some of their focus as a result of the referendum. The loss of focus, he said, is "across the board." U.S. military planners have had to spend time to "play out the what-ifs" that arise from the political and military implications of the referendum, he said.

Baghdad announced Thursday that Turkey -- an indispensable trade partner to the region and once a key political ally -- will now only deal with Iraq's central government on oil sales. That could deprive the Kurdish region of more than 80 percent of its income.

Ankara had forged close ties to Iraq's Kurdish region but strongly opposes its moves toward independence, fearing it could inspire Turkey's own Kurdish minority. Turkey has threatened military action and economic sanctions against the region.

Iran also announced Friday that it would cut all oil trade with Iraqi Kurdistan, "following the latest developments in that region," the Reuters news agency quoted Iranian state media as saying. Iran also fears bolstering any notions of independence among its own Kurdish minority.