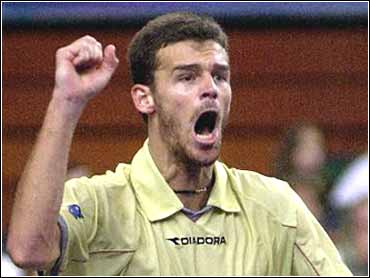 The Australian Open made Gustavo Kuerten the first Brazilian top seed in a Grand Slam tournament.

Kuerten earned the seeding announced Thursday by finishing 2000 ranked No. 1. The only other South American to be seeded No. 1 at a major tournament since 1969 was Argentine Guillermo Vilas, the top seeded in the Australian Open from 1977-81.

On the women's side, three-time champion Martina Hingis is seeded No. 1 for the third time. Defending champion Lindsay Davenport is second and Venus Williams, bidding for her third consecutive Grand Slam title, is third. Monica Seles is seeded fourth.

Widower Timothy Klausutis said the baseless conspiracy theory about Joe Scarborough and his wife's death, pushed by President Trump, has left him "frustrated and grieved."