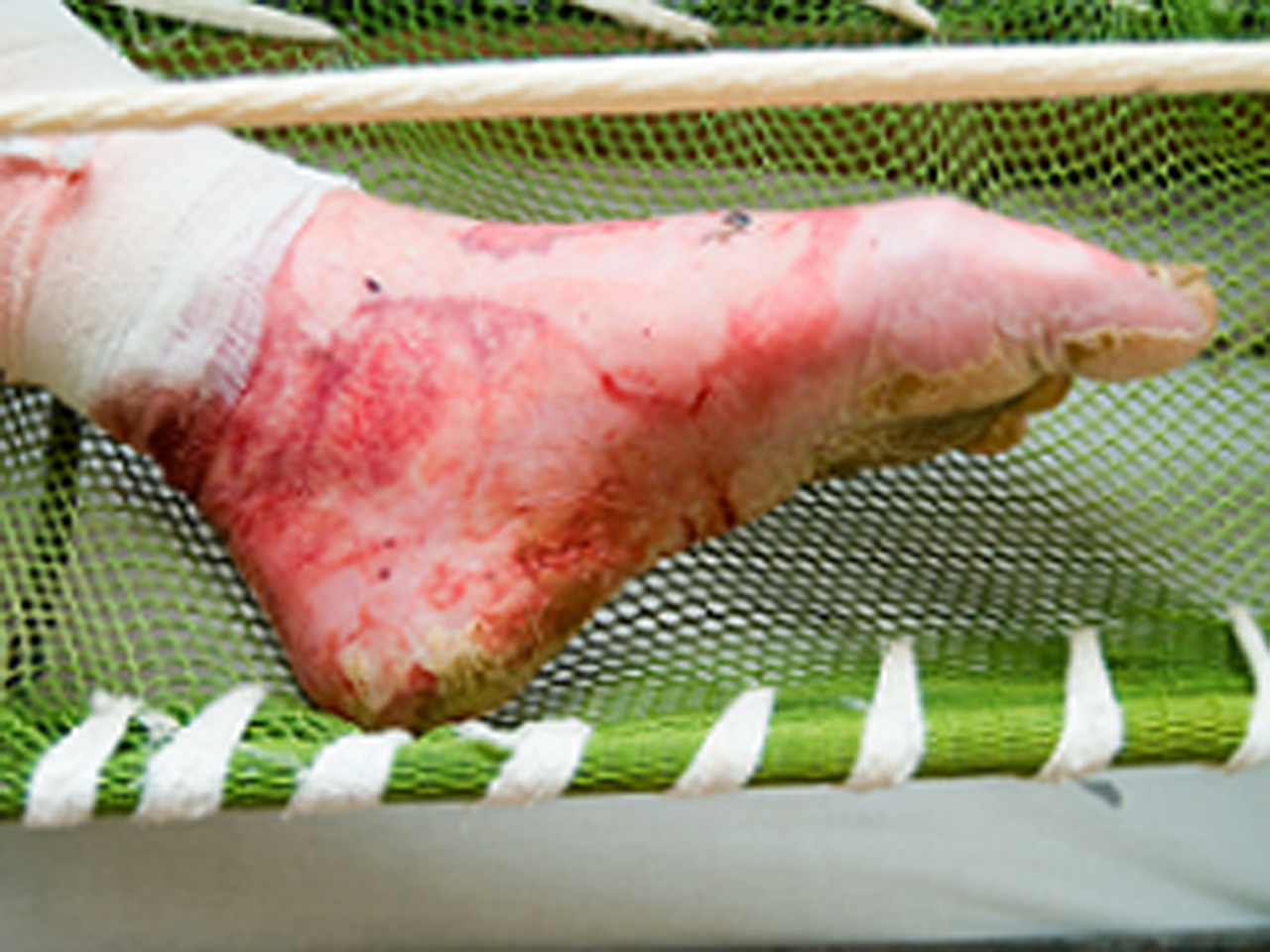 More cases of Krokodil use are reportedly popping up around the United States, prompting some medical professionals to warn that the addictive, poisonous drug has reached American shores.

The Chicago Tribune reported last week that at least six people in the Chicago area were suspected of having used the opiate drug that can cause the skin to rot away. A woman from Joliet, Ill. chronicled her krokodil addiction to Joliet Patch. And, an Arizona poison control center said in September it had received what was suspected to be the first two calls about cases of Krokodil use in the country.

Krokodil, scientific name desomorphine, is an opiate in the same family as heroin, oxycodone and codeine. Krokodil has a faster onset, shorter duration of high and is more potent than morphine.

Opiates are especially addictive because they directly influence the reward center of the brain. The more of an addictive substance a user takes, the more that center of their brain is activated, Dr. Richard Friedman, director of the psychopharmacology clinic at NewYork-Presbyterian/Weill Cornell Medical Center in New York City, told CBSNews.com.

"It's more rewarding than any other naturally occurring thing," Friedman said of an opiate drug. "Nothing feels quite as good as it does."

Krokodil has grown in popularity, especially in Russia, where heroin addiction is rampant. About 1 million users are estimated to be abusing the drug in Russia, according to the New York State Office of Alcoholism and Substance Abuse Services. Vice chronicled the ongoing battle against the addictive drug in their documentary "Krokodil Tears."

It doesn't help that the drug is easy to produce at home with codeine, gasoline, paint thinner and a few other ingredients. Codeine is sold over-the-counter in Russia, and addicts can easily purchase these items necessary to cook the drug.

The finished product isn't purified and may contain toxic substances left over from the cooking process, which cause tissue damage to the veins and flesh and can result in gangrene, or body tissue that rots and dies. The drug got its nickname -- which means crocodile in Russian -- for the green, scale-like spots abusers develop after shooting up. The average user dies within two to three years after starting to use the drug.

"You're poisoning yourself," Friedman warned. "It's very corrosive and toxic."

While the sight of flesh falling off the bones may be enough to get an average person to avoid the drug, to the addict it's not as simple. Friedman pointed out that even though addicted persons see that their behavior is harmful and irrational, they still have a limited ability to stop because the reward center of the brain is so enriched by the drug. Not having the drug could lead to significant withdrawal symptoms that feel like an illness.

"When people are using this it's not so much about getting a high anymore, it's more about not going through withdrawals," Dr. Gerald Grosso, clinical director of Morningside Recovery in Newport Beach, Calif., told CBSNews.com. Grosso said he has personally never treated someone addicted to Krokodil.

Reports suggest some people resort to the drug once they're already addicted to other opiates. Grosso explained that people might start out abusing prescription opiates like oxycodone, but then progress to cheaper heroin once they start running low on funds. Krokodil would be the next step down, especially for those who are extremely addicted and low on cash. According to TIME, a hit of Krokodil costs about $8, but heroin can run up to $25 to $30.

Part of the problem is that attitudes are shifting towards opiate drug use, Grosso explained.

"In the old day, heroin was this nasty drug that people who were down and out were using," he said. But now "you don't have to shoot it anymore. People can snort it and smoke it, so the perception is not as bad as it was."

Friedman, who also hasn't personally seen any Krokodil users, believes everyone should be scared about this drug -- not just hardened users. There's a potential for many more cases, including first-time opiate users, especially since the drug is easy to make at home, unlike other opiates that have to be synthesized from the poppy plant.

"I would say there should be an alarm bell about this drug, because above just the fact that its another opiate unlike any other opiate that we know about this, one is married to a series of dangerous poisons," he pointed out. "You can't take this drug without actually poisoning yourself."

There are methods to treat opiate addiction, including taking other prescription opiates like methadone and suboxone. But opiate addiction is a chronic problem that comes with an extremely difficult withdrawal period.

Grosso called for more education about opiates, especially focusing on the fact that just because a medication is prescribed doesn't make it safe to use in any amount or any occasion. He also pointed out that addiction recovery shouldn't just focus on getting the addict to kick the drug, but also on the emotional issues that made the person turn to drugs in the first place. Otherwise, most of these recovering addicts will just relapse into their old behaviors.

"We need to find out what is the underlying problem and how do we address it, as opposed to just treating symptoms," he said.