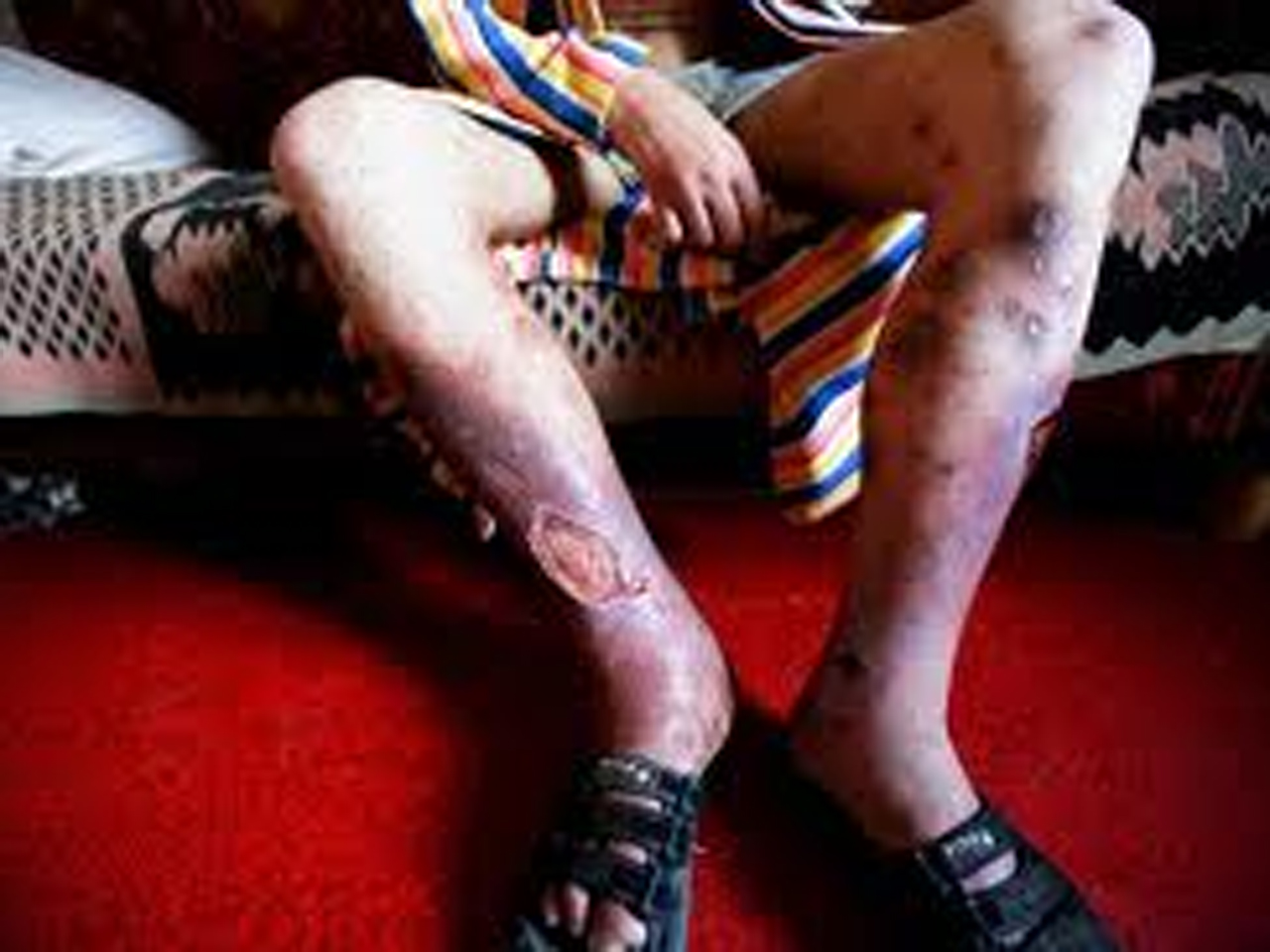 A poison control center in Phoenix, Ariz. is reporting that it has received calls regarding what is believed to the first two cases of krokodil use in the U.S.

Dr. Frank LoVecchio, the co-medical director at Banner's Poison Control Center, told CBS affiliate KPHO in Phoenix that his center dealt with two users of the dangerous drug known for its use in Russia in the past week.

"As far as I know, these are the first cases in the United States that are reported. So we're extremely frightened," he said.

Krokodil, real name desomorphine, is an opioid derivative of morphine. Like other opioids such as heroin, krokodil has a sedative and analgesic effect. Not only is it fast-acting, but the drug is eight to 10 times more potent than morphine, Medscape reports. A homemade version of the drug is easily made using codine, iodine, gasoline, paint thinner, hydrochloric acid, lighter fluid and red phosphorus.

"They extract (the drug) and even though they believe that most of the oil and gasoline is gone, there is still remnants of it. You can imagine just injecting a little bit of it into your veins can cause a lot of damage," LoVecchio said.

It has been gaining attention internationally because of growing use in Russia, in part because it is cheaper than buying heroin. About 1 million people in Russia use krokodil, and the drug has been found in other European countries as well, according to the New York State Office of Alcoholism and Substance Abuse Services.

The drug got its nickname from the Russian world for crocodile, because users tend to develop scale-like, green skin. Medscape reports that skin can fall off following use, resulting in exposed bones. The drug also causes blood vessels to rupture and death of the surrounding tissue. Users can also develop abscesses and gangrene.

"It eats you from the inside out," LoVecchio explained.

According to a 2011 profile in TIME, the average user does not live longer than two to three years. Irina Pavlova, a user who told her story to the magazine, said at the time she used the drug daily for six years. Though she was still alive, she had a speech impediment and "something of a lobotomy patient's vacant gaze" in addition to deteriorating motor skills due to brain damage.

LoVecchio said he thinks the two cases were related, but he is worried use of the drug will spread in the U.S.

"Where there is smoke there is fire, and we're afraid there are going to be more and more cases," he said.

Monkeypox in Europe: Where it is and how authorities are reacting
Michelle Castillo