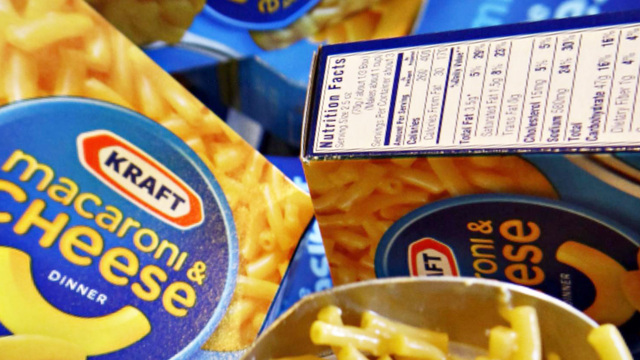 Consumer demand for healthy, simple ingredients has become a powerful force shaping the marketplace. Today, food giant Kraft responded with a pledge to stop using artificial preservatives and dyes in its Kraft Macaroni & Cheese by January 2016.

Kraft says it will remove artificial preservatives and replace dyes with naturally sourced coloring ingredients like turmeric, paprika and annatto.This reformulation isn't entirely new for Kraft; the company has already changed its popular Mac & Cheese recipe for parts of the European Union where certain yellow artificial dyes are banned due to health concerns.

Healthy is hot right now, and many parents are willing to pay more for organic ingredients. In 2014, sales of additive-free products increased 11 percent to a record high of $39 billion, according to the Organic Trade Association.

"We've met with families in their homes and watched them prepare Kraft Mac & Cheese in their kitchens. They told us they want to feel good about the foods they eat and serve their families, including everything from improved nutrition to simpler ingredients," Triona Schmelter, Kraft's Vice President of Marketing, Meals, said in a press release.

But taste is also important, and it could be risky for a company to tamper with such a familiar flavor. "We've been working tirelessly to find the right recipe that our fans will love," Schmelter said.

"They're seeing the signs and they're changing accordingly," observed Hobson. "This health and wellness trend is not a fad, it's here to stay."