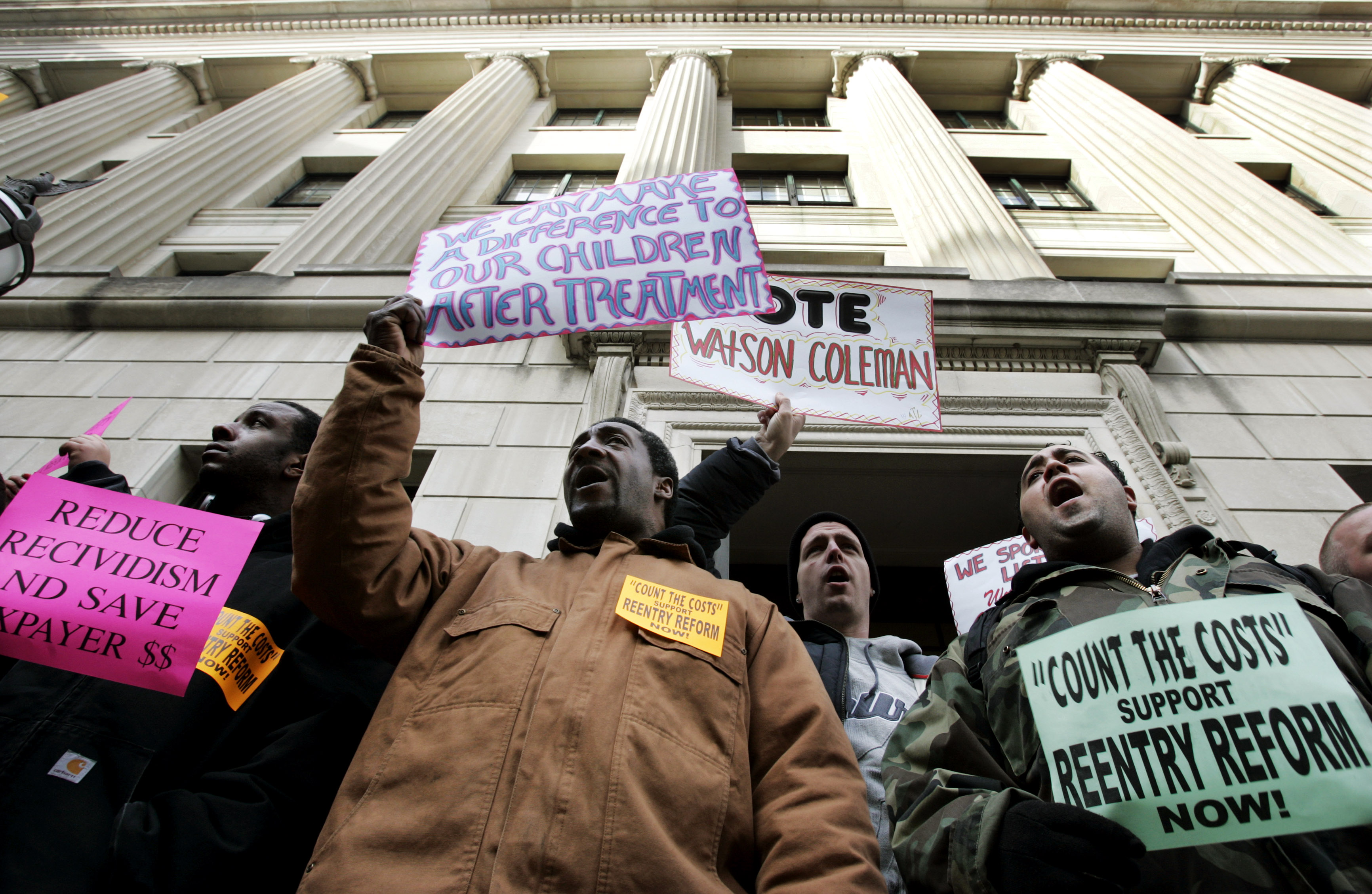 Politics occasionally makes strange bedfellows. Koch Industries, the conglomerate headed by the conservative Koch Brothers, is partnering with the Center for American Progress (CAP), a liberal think tank based in Washington, D.C., to form a new coalition dedicated to criminal justice reform.

The new group, announced Thursday, will be called the Coalition for Public Safety. Aside from Koch Industries and CAP, a number of ideologically disparate groups will also take part in the effort, including the American Civil Liberties Union, the Faith and Freedom Coalition, Americans for Tax Reform, and the tea party group FreedomWorks.

The coalition is planning a high-profile campaign to push bipartisan measures to reduce prison populations, reform sentencing guidelines, and reduce the recidivism rate, among other proposals. The New York Times reports the group will initially have $5 million to get its message out, separate from the individual efforts of some of the groups participating.

"The U.S. is home to five percent of the world's population, but 25 percent of the world's prison population," the group said in a statement on Thursday. "With 2.2 million people currently in the nation's prisons or jails - a 500 percent increase over the past 30 years - the system costs American taxpayers $80 billion per year. Mass incarceration is not making us safer but is contributing to racial tensions, fracturing communities and growing costs to taxpayers."

Representatives from both Koch Industries and CAP acknowledged their past and ongoing disagreements -- and there are many -- but they suggested there's no reason those differences should prevent them from acting in tandem when they have a common cause.

"The Coalition for Public Safety is an opportunity for all of us to set aside ideological and political differences and unite on an issue that matters to so many Americans," said Mark Holden, the general counsel of Koch Industries. "Koch is pleased to be a supporter of this diverse Coalition."

Neera Tanden, the president of CAP, added, "This Coalition demonstrates the growing bipartisan moment around criminal justice reform, and the urgency of this issue makes it important to see past any divisions in the fight to make progress."

There is some predicate for the partnership of outside advocates on reforming the criminal justice system. The issue has seen a degree of bipartisan activity that's unusual in today's hyper-polarized Washington, uniting civil rights and civil liberties advocates on the left with fiscal conservatives and libertarians on the right.

Last year, Sens. Cory Booker, D-New Jersey, and Rand Paul, R-Kentucky, introduced a bill that would have pushed states to stop trying minors as adults and allowed some nonviolent criminal offenders to seal their record after they do their time. Both senators framed the bill as an effort to reduce prison populations and prison costs, while making it easier for former inmates to re-enter society.

Sen. Sheldon Whitehouse, D-Rhode Island, and Senate Majority Whip John Cornyn, R-Texas, unveiled a measure earlier this month that would have some low-risk inmates to reduce the time they serve in prison by participating in recidivism reduction programs or working while they're incarcerated.

And just last week, Paul and Senate Minority Leader Harry Reid, D-Nevada, introduced a bill -- the Civil Rights Voting Restoration Act -- that would have restored federal voting rights to those who served time for non-violent offenses.

"This is an issue that I feel strongly about, and I will continue to fight for the restoration of voting rights in the hopes of giving non-violent ex-offenders a second chance," Paul said in a statement.

Christine Leonard, a former White House and congressional aide who's directing the new campaign by CAP and Koch, told the Times her group will highlight the issue's bipartisan sheen and raise awareness about proposals that enjoy a broad base of support. And most critically, she said, it will push policymakers at the local, state, and federal level to act.

"Everyone is really coming together around a common purpose, but at the end of the day we are going to be measured by whether we can really make a difference," she said. "Our country needs to be better on these issues."

Biden: Democrats and GOP can work together
Thanks for reading CBS NEWS.
Create your free account or log in
for more features.
View CBS News In
CBS News App Open
Chrome Safari Continue
Be the first to know
Get browser notifications for breaking news, live events, and exclusive reporting.