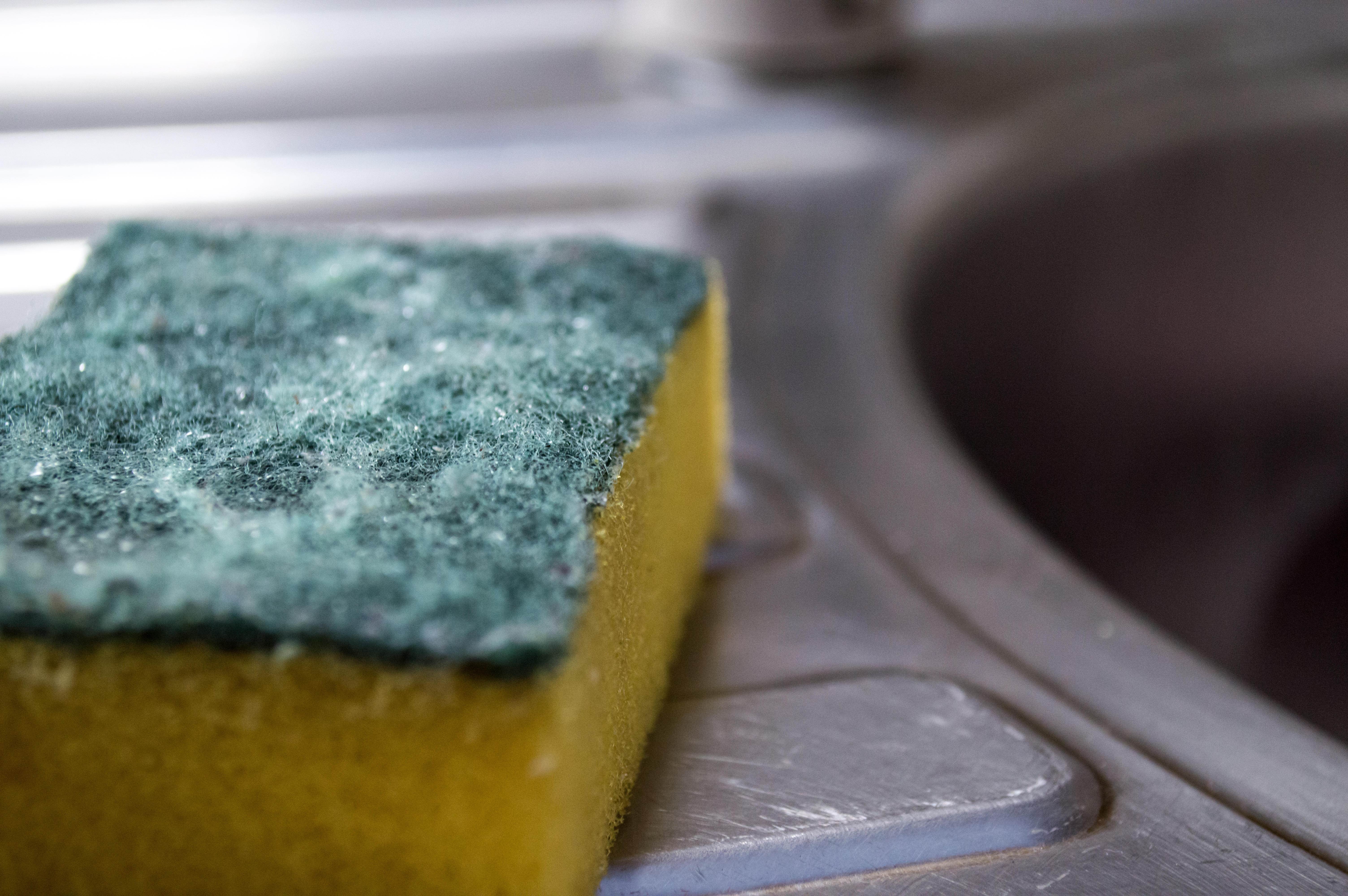 If you can't remember the last time you changed your kitchen sponge, new research suggests it's time to toss it.

In a finding sure to make you shudder, researchers say kitchen sponges host more germs than anywhere in the entire house, including toilets.

Kitchens provide ideal environments for microorganisms to grow, both because of food handling and preparation, as well as people shuffling in and out.

Sponges themselves are "microbial hot spots," teeming with bacteria, as they're often warm and wet and pick up leftover food residue.

For the study, published in the journal Scientific Reports, German researchers analyzed 28 samples from 14 different used sponges and found a total of 362 different types of bacteria.

The researchers found that five of the 10 most common types of bacteria had "pathogenic potential," meaning there's a chance they could cause disease in humans.

Additionally, the study found that cleaning sponges may be less effective than previously thought. Microwaving and boiling sponges were shown to reduce bacteria by 60 percent, but this only worked in a lab setting, not in used kitchen sponges.

The researchers also tested newly purchased kitchen sponges and found nearly no bacteria. So the authors recommend replacing sponges with new ones on a weekly basis.

However, while these findings may sound gross, some experts say there's no cause for panic.

"Bacteria are everywhere, so it's no surprise to find them growing in kitchens," the National Health Service of the U.K. said in a statement on its website.

"The study found that one of the most dominant types of bacteria came from the Moraxella family. These bacteria are often found on human skin, so it's likely they got onto the sponges from people's hands," NHS continues. "Moraxella are also linked to the unpleasant smell sometimes found after laundry has taken longer to dry, so they seem to be common in the household environment."

However, NHS notes that poor kitchen hygiene – especially when it comes to preparing uncooked food such as salad and raw meat – can lead to infections. Always wash your hands before touching food and immediately after handling raw meat to avoid cross-contamination. Disinfect all utensils, cutting boards, and surfaces immediately after preparing food.

If you're using sponges to wipe these items down, NHS recommends replacing them regularly rather than trying to clean them by boiling or microwaving.