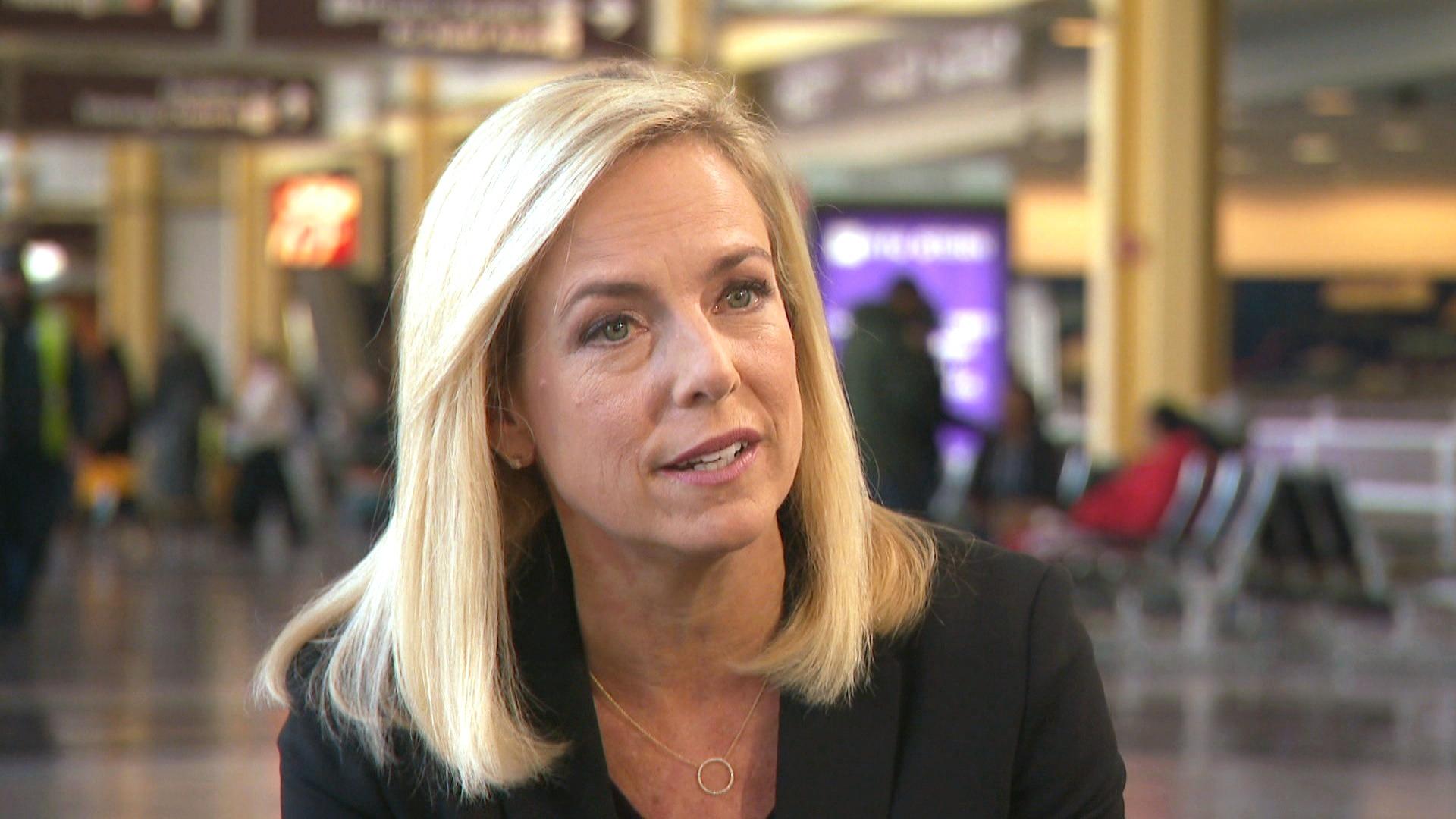 Homeland Security Secretary Kirstjen Nielsen testifies Tuesday in front of the Senate Judiciary Committee on a new DHS study, which found U.S. federal courts convicted at least 549 people with international terrorism-related charges between Sept. 11, 2001 and Dec. 31, 2016. Seventy-three percent of them were foreign-born, and 148 of those convicted had become naturalized U.S. citizens.

In an interview with "CBS This Morning" co-host John Dickerson, Nielsen said the country needs "to continue to enhance our screening and vetting," but also "continually vet" some legal residents.

Secretary Kirstjen Nielsen: Well, I'll just start by telling you it's very concerning. I think what it underlines is that we need to be very clear who's coming into our country, make sure they're not a terrorist. The most important figure I think from the report is that 73 percent of all those convicted of international-related offenses, terrorism-related offenses over the last 15 years were foreign born. So that's quite a substantial percentage.

Dickerson: So if you're concerned, is this a clear and present danger?

Nielsen: Of course. Absolutely. I think the president's been very clear. I think this underscores the need to not only implement the executive orders that he's issued over the past year, but I feel very strongly about going to Congress today during a hearing and work with them to close the loopholes that prevent us from removing known, suspected terrorists and other criminals in the United States.

Dickerson: So what policy rises up out of these numbers?

Nielsen: I think what we take directly away from the report is we need to continue to enhance our screening and vetting. But it also tells us we need to continually vet those who are here. We have examples unfortunately over the last decades of terrorist attacks from legal permanent residents and others who were naturalized. So we need to be able to continue up until the point they become a U.S. citizen, to continue to vet them to ensure they haven't become radicalized.

Dickerson: What does that mean, to continue to vet them? How frequent? What do they have to do to prove that they're not up to no good?

Nielsen: Well, it's constantly checking against intelligence that we gather.

Dickerson: So should these people assume that they're under permanent surveillance?

Nielsen: I wouldn't say surveillance. It's just – it would be – it's a very natural part of becoming a citizen. Up until the point that you're a citizen, we wanna continue to make sure we understand who you are and why you're here.

Nielsen: I don't believe I can give you that in an unclass level. But I would say we're worried about both.

Dickerson: But isn't it – isn't it widely the case if it's more U.S. citizens when you think of the Pulse nightclub shooting and San Bernardino and some of these other – these were U.S. citizens.

Dickerson: Well, some were born in America.

Nielsen:  And some were born in America.

Dickerson: So in those cases, when you're born in America, that's the – those are the people killing just more Americans than foreign born.

Nielsen: I'm not ready to commit to that – again, because we have a lot of ongoing investigations and a lot of plots that we've disrupted. But your point is right. We need to do more to prevent radicalization, the inspiration of terrorism in this country.

Nielsen didn't answer whether American-born or foreign-born terrorists have caused more deaths. A report from the Cato Institute looks at the period between the 9/11 attacks and the end of 2015. It estimates that more than three times as many people were killed in terrorist attacks by native-born Americans than foreign-born individuals.

See what Nielsen had to say about Mr. Trump's reported vulgar comments and DACA policy.

Could it be last call for Texas' dance halls?

EpiPen shortage keeps some kids out of school