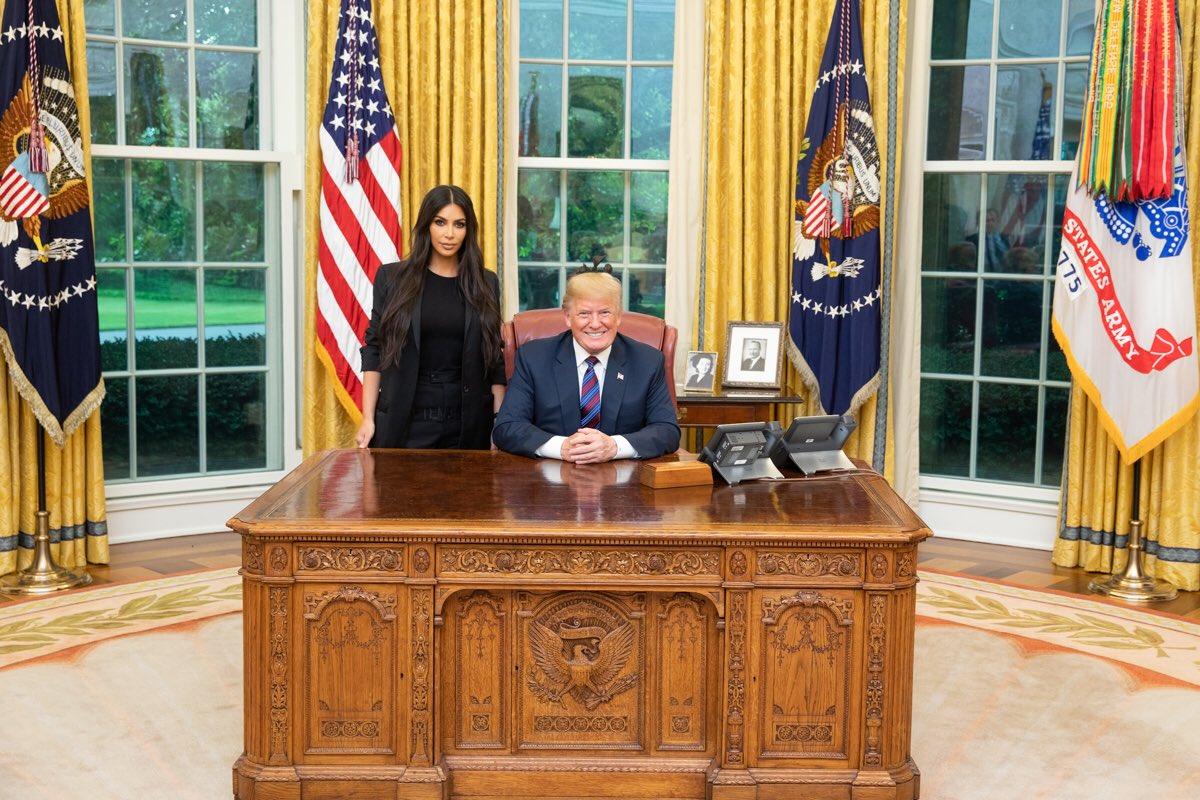 The branding mogul has been advocating for a pardon for Alice Marie Johnson, a great-grandmother serving a life sentence for a nonviolent drug offense. Johnson has spent more than two decades in prison. Vanity Fair first reported the Kardashian sister would be visiting Washington and meeting with White House officials.

A member of Johnson's legal team told CBS News White House reporter Jacqueline Alemany the meeting between the president and Kardashian was very "positive," but the president did not make a decision during the meeting about whether or not he will move forward with a pardon.

Brittany Barnett, Johnson's lawyer, told CBS News they are grateful the Kardashian sister is using her platform to help Johnson acquire her freedom. Kardashian West has been in touch with Trump son-in-law and senior adviser Jared Kushner for "several months now," Barnett said. Barnett isn't sure if the president will grant her a pardon.

"We don't know -- what we are hoping to find out today," Barnett said. "It's unconscionable that she is serving a death sentence. We are grateful that Kim is using her platform to raise awareness and hope that everyone looks beyond Kim and sees that there is a woman about to die in prison."

Kardashian West, according to Barnett, saw a Mic interview about Johnson's case, and "was not only moved to tears, but moved to action."

"Our hope is that we get Miss Alice's freedom -- today is her 63rd birthday, her 21st birthday behind bars -- so we are hoping that Trump realizes that there is no justifiable reason for Johnson to spend the rest of her life in prison," Barnett said.

Kushner, who now has a permanent security clearance after more than a year of using an interim clearance, has made prison reform a key part of his portfolio. Kushner's father, Charles Kushner, served time in federal prison for white collar crimes, including illegal campaign contributions and tax evasion.