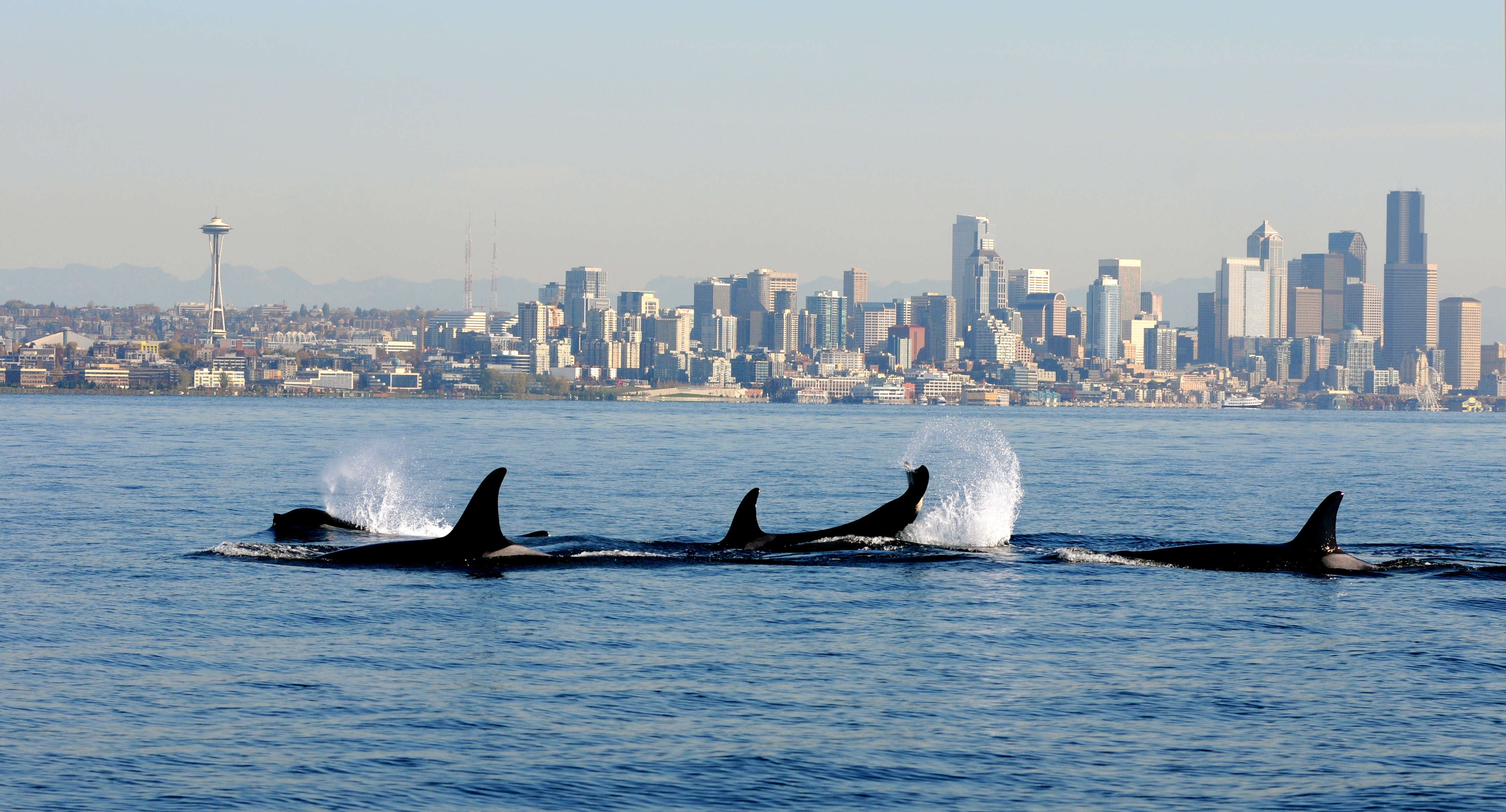 FRIDAY HARBOR, Wash. -- With two new deaths this year and no new calves since 2012, the population of endangered killer whales in the Puget Sound continues to decline.

The number of whales in J, K and L pods has dropped to 78, a level not seen since 1985, According to a census by the Center for Whale Research. Adding to the concerns, the whales appear to be "splintering" from their pods, which are their basic social groups.

Since 1976, Ken Balcomb of the research center has been observing the Puget Sound orcas, or Southern Residents as they're known among scientists. Balcomb compiles an annual census of the population for submission to the federal government.

Historically, all three pods of orcas have come together in the San Juan Islands during summer months, often feeding and socializing in large groups, Balcomb noted. But for the past few years, the pods have divided themselves into small groups, sometimes staying together but often staying apart.

"What we're seeing with this weird association pattern is two or three members of one pod with two or three from another pod," Balcomb said. "It's a fragmentation of the formal social structure, and you can see that fragmentation going further. They are often staying miles and miles apart and not interacting.

"If we were trying to name the pods now, we couldn't do it," he added. "They aren't associating in those patterns anymore."

Among killer whales, offspring tend to stay with their mothers for life, sustaining identifiable "matrilines" that typically contain youngsters, their mothers and their grandmothers. So far, the matrilines have stayed together, though many of these groups are now smaller.

Balcomb suggests that the primary factor for the population decline is a lack of food for the killer whales, which generally prey on chinook salmon passing through the San Juan Islands on the way back to Canada's Fraser River. The whales have a strong preference for chinook, typically larger and fatter fish, but they will eat other species of salmon and even other fish sometimes.

"The salmon issue is huge, and it is ongoing," Balcomb said.

Chinook runs continue to decline in most areas, and state and federal salmon managers seem unable to turn the situation around, he said. Society's dependence on hatcheries, harvest and hydropower have diluted the wild salmon populations and made long-term recovery increasingly difficult.

The two orcas that are missing and presumed dead are L-53, a 37-year-old female named Lulu; and L-100, a 13-year-old male named Indigo. Lulu's mother died in 2010, and she never had any siblings nor offspring of her own. Both were members of L pod, the Kitsap Sun reports.

During the 1960s and early 1970s, the Southern Resident population was reduced dramatically when orcas were captured for marine parks and aquariums throughout the world. After that practice ended, their numbers grew to 98 in 1995, then dropped to 80 in 2001 - the year the whales were proposed for listing under the Endangered Species Act. Since then, their population has gone up and down by a few whales each year, dropping from 88 in 2011 to 78 today.

In the early days of killer-whale research, females of reproductive age typically had a calf every five years or so, Balcomb said. If that pattern were to return, the population would be growing again, he said.

"If everybody crosses their fingers and hopes for a return to that pattern, we could have eight babies next year," he said. "But the chances of that happening are pretty slim."

Meanwhile, the number of "transient" orcas, which prey on sea mammals, appears to be increasing.

Transients used to frequent Puget Sound in winter months, Balcomb said, "but we're seeing an increasing trend of occurrence of transients year round."

Transient orcas historically traveled in small groups, but now their groups are growing larger, possibly because the population of marine mammals, upon which they prey, can support more of these top-level predators.

"Transients change direction when Southern Residents are around, and there is no evidence of combat," he said.