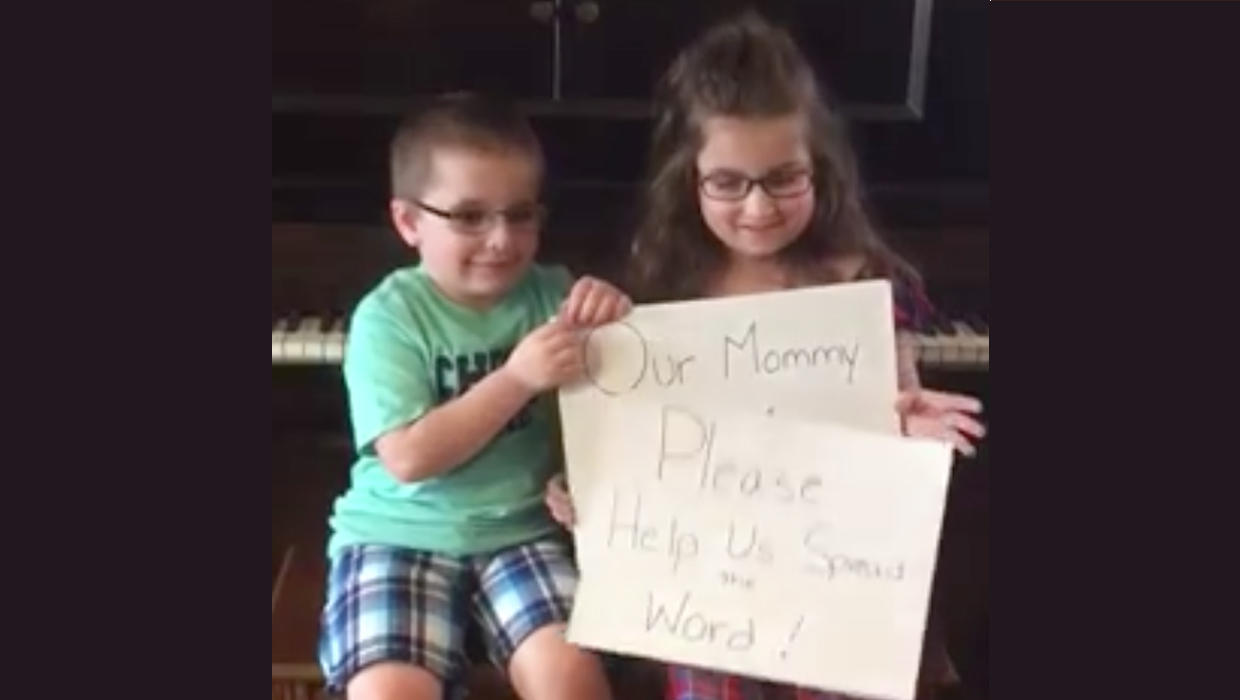 It started as a desperate plea by two kids in Monongahela, Pennsylvania to get their mother a kidney.

The Facebook video message they posted was shared tens of thousands of times. And on Tuesday, Bailey and Tobias' mom got that kidney in an operation at Allegheny General Hospital, CBS Pittsburgh reports.

Diana Zippay has Alport syndrome, a genetic condition which causes progressive loss of kidney function. The Pittsburgh Tribune-Review reports she needed 20 hours a week of dialysis, and no one in her family was a good candidate to be a donor.

Zippay received her new kidney thanks to a paired exchange by the National Kidney Foundation.

The unknown altruistic donor in Philadelphia matches her type A blood. But the chain began when a type B donor from Baldwin agreed to donate her kidney to someone else.

Tobias was with his mom when she got the news that a match had been found.

"Tobias misinterpreted her tears as something wrong, but then when he found out, he said, 'Then why are you crying?'" said Jason Zippay, Diana's husband.

When Bailey found out, Zippay said, "She was just jumping up and down and excited. We were all laughing and crying. It was just a great moment, a great family moment."

Zippay had the surgery Tuesday afternoon, and Allegheny County Health Network officials said it was a success. They say her new kidney is working.