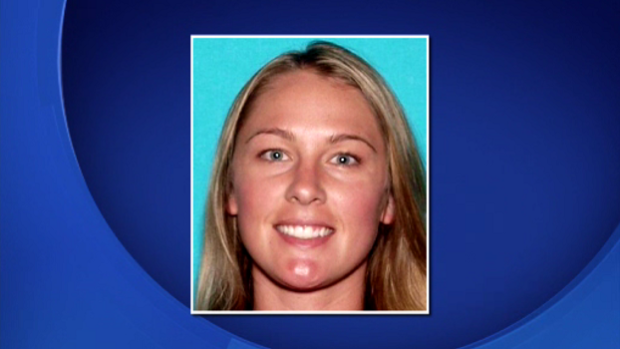 VALLEJO, Calif. -- A Northern California woman and her boyfriend apparently concocted her reported abduction that spurred a two-day search, police said late Wednesday. The revelation came just hours after she had reappeared 400 miles away in Southern California, to the emotional relief of her family.

Denise Huskins and Aaron Quinn have now become the target of the investigation as police probe whether they did anything illegal in their report of a random, violent abduction and a ransom request of $8,500.

"There is no evidence to support the claims that this was a stranger abduction or an abduction at all," Vallejo police said in a statement. "Given the facts that have been presented thus far, this event appears to be an orchestrated event and not a kidnapping."

Denise Huskins had indicated she would talk to detectives after reappearing outside her father's apartment in Southern California earlier in the day, and the FBI had arranged to have her returned to Northern California via jet, police said.

But they are now unable to contact either Huskins or her family members and they do not know where she is.

Park said police had doubts from the start but had a responsibility to investigate thoroughly and speak cautiously to the public.

"It was such an incredible story, we initially had a hard time believing it and upon further investigation we couldn't substantiate any of the things he was saying," Park said.

Huskins showed up unharmed outside her father's apartment in Huntington Beach on Wednesday morning.

Her father, Mike Huskins, traveled to Northern California to help with the search. Around 9:30 a.m. Wednesday, he said, she called him to say she had been dropped off at her mother's Huntington Beach house, about 400 miles from where she was last seen.

No one was home, so she told him she walked the 12 blocks to his home near the beach.

"She wasn't crying at all. She just said, 'Daddy, I'm OK,"' an emotional Mike Huskins told The Associated Press.

Reina Yorba, 12, said she and her mother, Anissa, heard the woman pounding loudly on her father's door in their apartment complex. Then they saw her borrow a cellphone from a neighbor.

"When she was talking, it was panicky. It was loud and panicky," Reina said. She added that officers arrived within minutes.

Denise Huskins' cousin, Amy Mattison, told CBS San Francisco station KPIX-TV, "Denise is home safe and sound, which is the best possible outcome we could have hoped for, the best news we could ever receive."

Mattison said when Denise arrived, a tenant in the building called Mike Huskins saying, "Denise is here, I have her, she is safe, I'm going to call 911."

Mattison told the station Denise Huskins told Muskins she did not know her abductors, and that she was blindfolded and gagged for part of the time.

The boyfriend, Quinn, 30, had told police Huskins was forcefully taken in the middle of the night from their Mare Island home in Vallejo. Quinn called police at about 2 p.m. Monday to report she had been abducted.

Park said Quinn's waiting so long to inform them is part of what aroused suspicions. It was not clear whether police had had contact with Quinn since they decided the case was a hoax. Park said he was "free on his own" for now.

Police said if there is any evidence that Denise Huskins or Quinn committed a crime, they will pursue charges against them.

She has retained a lawyer, KPIX says.

Police expressed disgust at the resources the two squandered - saying over 40 detectives had worked on the case - and the fear they instilled in the community over what was reported as random violence.

"Devoting all of our resources 24 hours a day in a wild goose chase it's a tremendous loss," Park said. "It's disappointing, it's disheartening. The fact that we wasted all of these resources for nothing, it's upsetting."

Late Wednesday at the two-story wooden house where the abduction was reported, a bouquet of plastic flowers and a candle sat outside. The lights were on inside but it didn't appear anyone was home.

On Tuesday, the San Francisco Chronicle received an email from an anonymous person claiming to be holding the 29-year-old woman. The person wrote that she would be returned safely Wednesday, the newspaper reported.

"We will send a link to her location after she has been dropped off. She will be in good health and safe while she waits," the email read. "Any advance on us or our associates will create a dangerous situation for Denise. Wait until she is recovered and then proceed how you will. We will be ready."

The email included an audio file of a woman identifying herself as Denise Huskins, who mentioned Tuesday's airliner crash in the French Alps to verify she was alive. Mike Huskins confirmed the voice in the file was his daughter's, the Chronicle reported.

Park said they had asked the Chronicle to hold off on revealing they had received the email until police could verify it was Huskins' voice, which they did.

Before police began calling the kidnapping into question, Huskins' father told the AP he knew nothing about a ransom.

"No ransom was ever discussed with me. But police aren't telling me everything that they heard," he said. "It's going to take a while before it all sorts out, I think."

For now, he said, he's just happy to know his daughter is safe. He said he had no doubt she was kidnapped.

"I feel very relieved. Can you imagine? You can't unless you've experienced it," he said. "I don't recommend this experience for anybody."

Denise Huskins works as a physical therapist at Kaiser Permanente Medical Center in Vallejo. She moved to the area in June from Southern California.

Her uncle, Jeff Kane, described her as a person of sterling character, saying she is career-oriented, independent and strong. "She's a good girl, not into any bad things," he said.