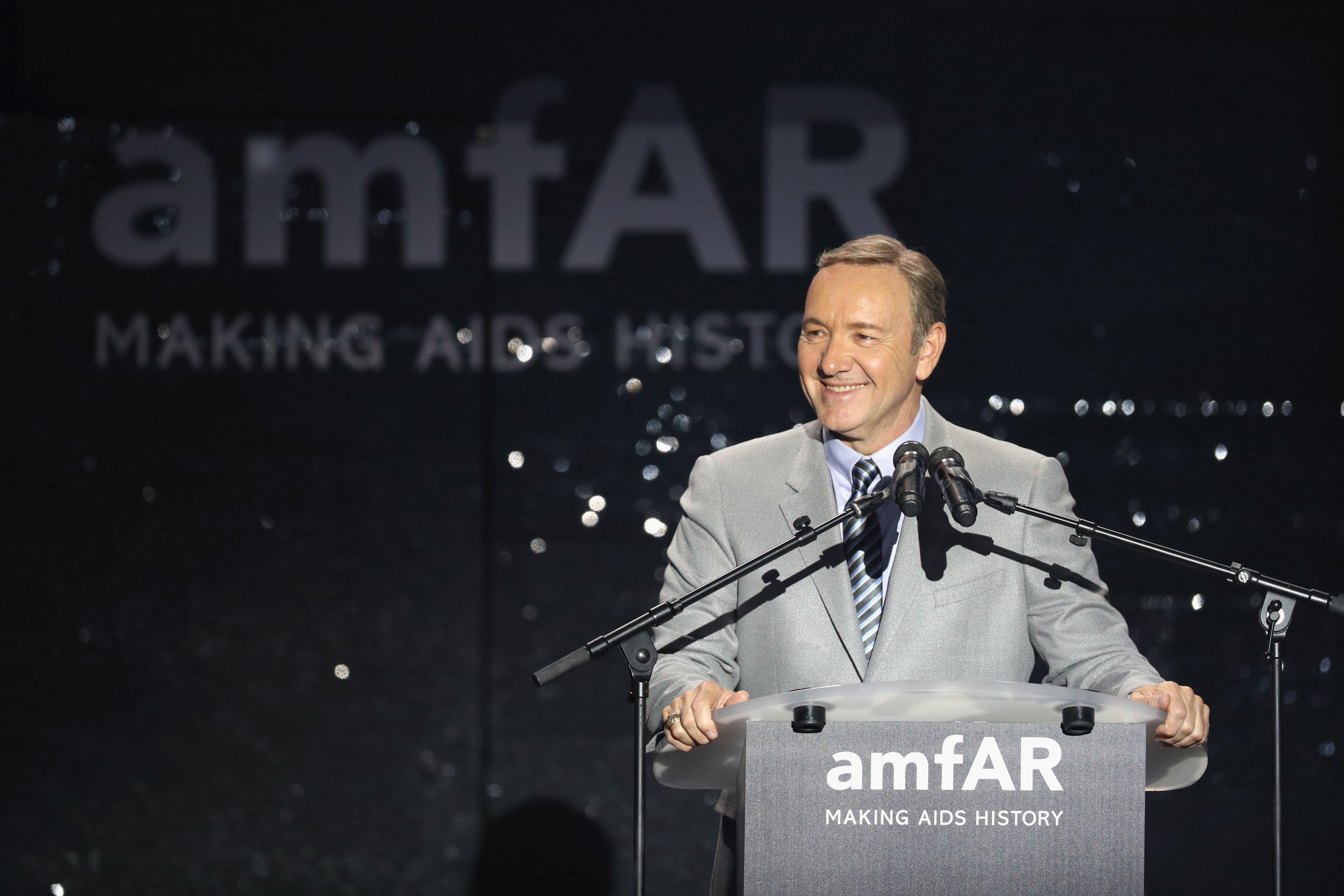 Cap d'Antibes, France -- Kevin Spacey bashed Donald Trump during an AIDS fundraiser, saying he would enjoy visiting a place with "so many casinos to bankrupt."

The 1970s-disco-themed dinner, complete with glitter balls, featured a Sister Sledge performance of "We Are Family," a song from the Village People and Katy Perry's disco rendition of her biggest hits as the finale. There were celebrities aplenty at the event, which auctioned off items including a yachting weekend ($616,000), a week's stay at Leonardo DiCaprio's Palm Springs, California, home ($336,000), and a walk-on role on Spacey's political drama "House of Cards" ($560,000).

Blending glamor and a good cause is harder than it looks, observed Helen Mirren. "It's always a slightly uncomfortable mix," she said on the red carpet. But it "raises an awful lot of money" for a very important charity, she added.

"AIDS is still a devastating illness, destroying communities all over the world and this charity will help with that so we'll make AIDS history," the Oscar-winning star said.

"What do I love about amfAR? The fact that they've made sure to save people over the last 20 years -- so many people today that are living with HIV/AIDS are living because of the research amfAR does," said Jovovich, a regular at the event.

Brody, a keen painter as well as an actor, said he was both a guest and a contributor to the evening's auction with one of his works.

"It's a pretty grand piece that I've donated for amfAR this evening, so I'm very excited. I'm very excited to share that," he said. It was auctioned for more than $500,000.

Australian actor Joel Edgerton was unsure when asked if he planned to bid on any of the auction items.

"The trouble with me is I haven't done the Marvel movies yet, so I can't spend lots of money, but I want to support and I will in my own way," he said. "I have a bit of a twitch, I might end up buying everything."

According to amfAR figures, to date the Cinema Against AIDS galas have raised more than $170 million for its research programs.

Carson Daly on Woodstock '99's chaos: "I thought I was going to die"
More