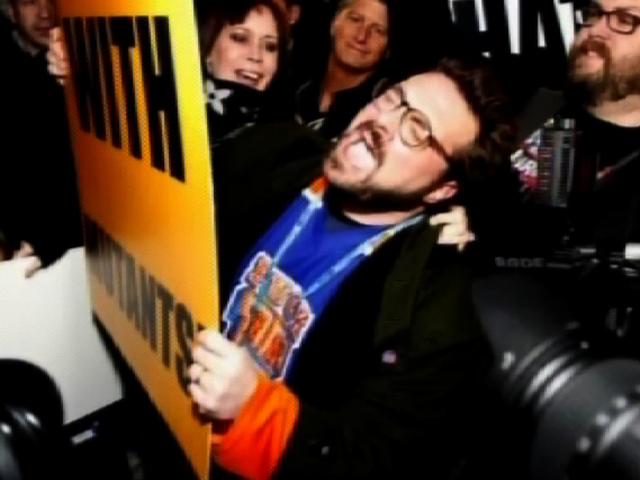 On The Feed this week: Talk about a long read. A 10,000 page book of poetry at the University of Iowa libraries may take a whole semester to read.

The world's highest restaurant just opened inside the world's tallest tower in Dubai. "Atmosphere" is on the 122nd floor and features floor-to-ceiling windows with a 180-degree view of the Dubai Skyline.

Chaz Bono, the famous daughter-turned- son of Cher made an appearance at the Sundance Film Festival in Salt Lake City Sunday to promote the documentary, "Becoming Chaz."

Also at Sundance, controversial director Kevin Smith made a scene outside the premiere of his new horror film, "Red State." Smith used outrageous signs to steal attention away from a protest by the Westboro Baptist Church.

New CNN host Piers Morgan left David Letterman speechless after he joked about punching Larry King. Looks like the joke is on him, as Morgan's ratings have already dipped since he took over the "Larry King Live" time-slot.