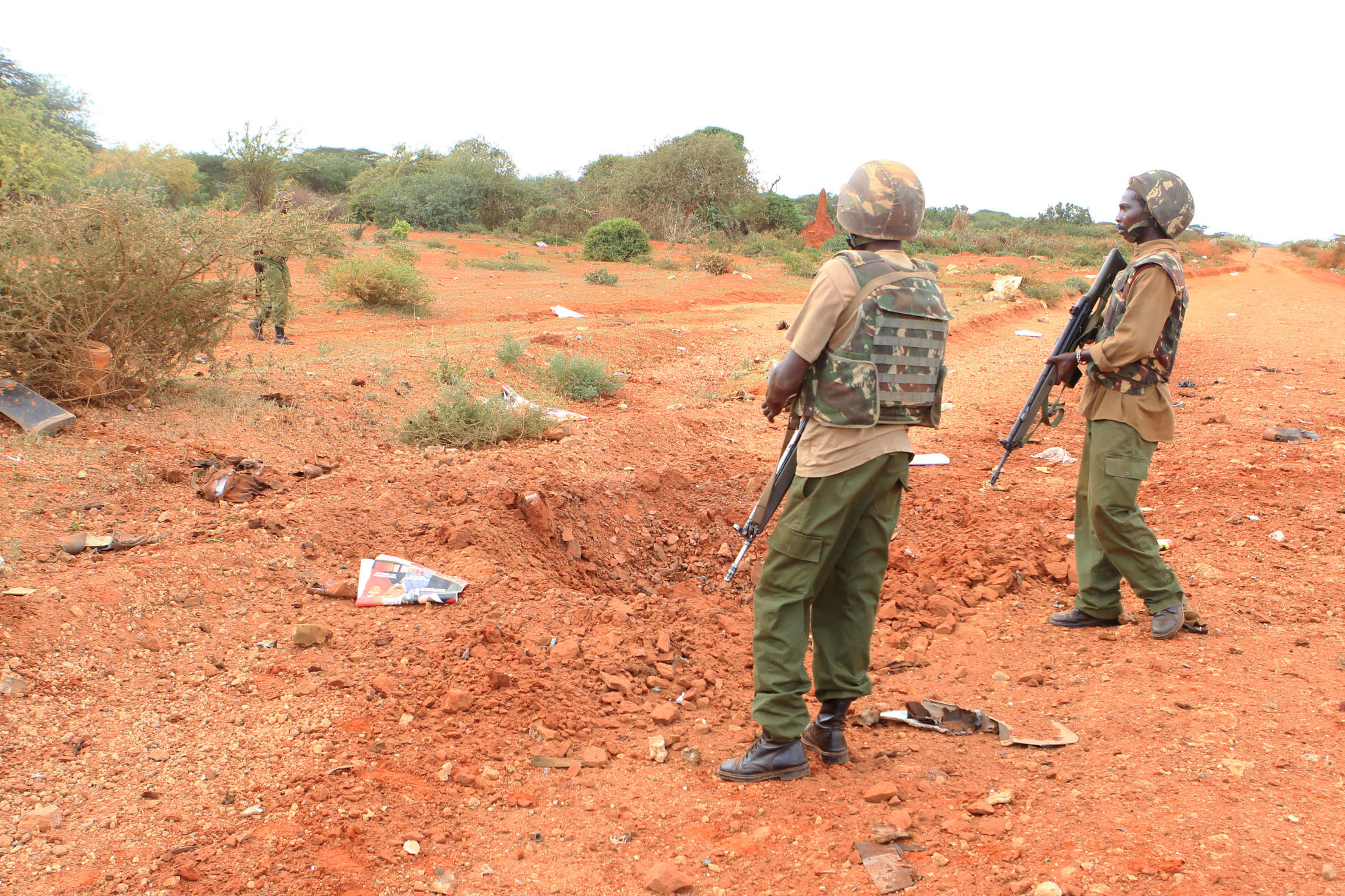 NAIROBI, Kenya -- Four Kenyan aid workers are dead after their vehicle hit a mine near the Dadaab refugee camp in the eastern county of Garissa, a government official said Tuesday.

The vehicle belonged to African Development Solutions, said Mohamud Saleh, the northeastern regional coordinator. The mine is thought to have been planted by al-Shabab extremists based in neighboring Somalia, he said.

At least 34 people have died, including 20 police officers, in similar explosions in Kenya in the past three weeks.

Analysts call it a change in strategy by al-Shabab, which has been carrying out attacks inside Kenya since 2011. The al Qaida-affiliated al-Shabab has vowed retribution on Kenya for sending troops to Somalia in 2011 to fight the extremists. Kenya is part of the multinational African Union mission in Somalia to bolster its government from al-Shabab's insurgency.

Earlier Tuesday, a vehicle with security officers hit a mine in the Girelle area of Wajir county but nobody was injured, Saleh said. The incident occurred during a joint operation by Kenya's military and police to track down al-Shabab extremists who were planting mines, he said.

African Development Solutions could not immediately be reached for comment.