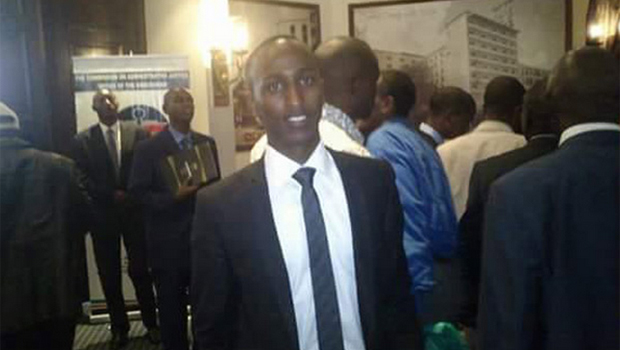 NAIROBI, Kenya -- Former friends of the man identified as a leader of the massacre at a Kenyan university last week tell CBS News they knew him as a "passionate" student who seemed completely happy and well adjusted.

"This is not the person we knew," University of Nairobi student Desmond Tutu Owuoth says of the man dubbed by Kenyan media, the "monster who led [al]-Shabaab mass killers."

As a three-day national mourning period draws to a close in Kenya, students at the University of Nairobi are reeling from the news that the leading suspect in last week's terror attack in the northeastern city of Garissa was one of their own -- a young man they remember well as an engaging and thoughtful undergraduate law student.

Students say the campus is collectively stunned by the news that Abdirahim Mohammed Abdullahi -- known as Abdi and by friends as Ababmo -- has been named by Kenya's Interior Ministry as the suspected orchestrator of the massacre that claimed 148 lives at Garissa University College.

Abdullahi, the son of a local chief in Mandera County, which sits along Kenya's border with Somalia, was killed by Kenyan forces during the attack last week.

"For Ababmo to be associated with a terrorist attack... it's astonishing, it's very surprising. People don't know how to react," said Kiti, a fourth-year student at the law school that Abdullahi attended from 2009 until 2013.

According to the dean of the university, Abdullahi was a C and D student at college. The dean noted that in high school, he had been a straight A student, with one exception: the since-radicalized Kenyan received a B in his Islamic religious education course.

Abdullahi had a 20 percent attendance record his last year at the university, when, according to Kenyan media reports, authorities suspect he was being drawn into radical Islam.

"It looks like he disappeared some time in 2013," Manyenze, who knew Abdullahi from 2011, said as he looked through school records.

"I'm told that Abdi joined the terror group when he was in his second year or third year -- not showing signs that he was a terrorist -- but he joined, and that is confirmed by his dad," Kiti echoed.

Owuoth, who was an undergraduate two years younger, found the change in Abdullahi hard to fathom.

"Deep within him, he was a good person," said Owuoth. "Who would think that this would happen?"

Both Kiti and Owuoth remember Abdullahi as a fashionable dresser who wore "sharp suits."

Both said he was a practicing, "normal" Muslim who maintained a close-knit group of primarily Muslim friends but was friendly with everyone. Neither could remember him dating anyone openly, but noted he might have had a girlfriend off-campus as he spent much of his time away from school in Nairobi's heavily-Muslim Eastleigh neighborhood.

Manyenze, the university administrator, said Abullahi was not from a poor family or neighborhood and was not marginalized for his faith.

"He was a bubbly person who was very, very funny and jovial. He could make so many jokes and in it, you could see his passion," Owuoth said.

But, according to Owuoth, this intensity and passion could veer in a darker direction with regard to things he felt were deeply wrong.

"He was a sociable guy, easy to talk to... but Ababmo... was not so open with everyone," Owuoth said. "He used to talk passionately about doing things the way things are supposed to be done."

"He was a critic... He would have a bias against you if you were a person who had vices. He would also detest that with a passion."

Aside from his patchy class attendance in 2013, however, there were few overt signs that Abdullahi might be shifting his focus from university life toward pursuing membership in the Somalia-based terror group al-Shabaab.

Now, even after his death, Abdullahi's radicalization has some students at the University of Nairobi fearful of a potential threat orchestrated by their former classmate.

"To imagine that one of the terrorists was in this school, that's reason enough for us to have fear that we are not very safe. That person could have leaked information about this school and planned a pending attack," Kiti, a student representative on campus, told CBS News.