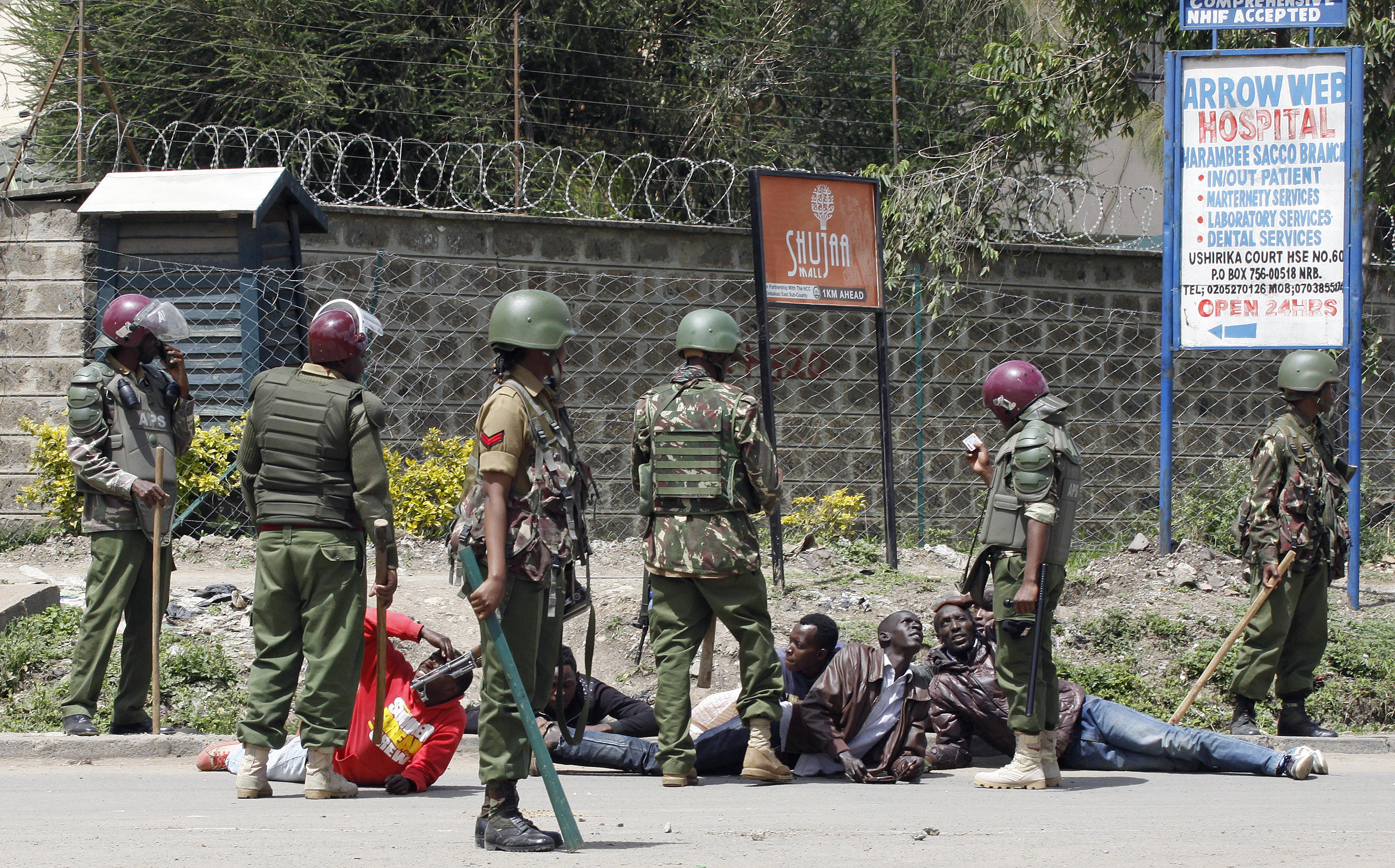 NAIROBI, Kenya -- A witness says a 7-year-old boy has been killed by a stray bullet as Kenyan police chase opposition supporters on the day of President Uhuru Kenyatta's swearing-in.

Isaac Mekenye says the boy was struck while playing in Nairobi's low-income area of Pipeline as police pursued opposition supporters who were trying to reach a memorial service for dozens of people killed in months of election turmoil.

It is not immediately clear if the boy is among the three people that opposition leader Raila Odinga says have been shot dead by police Tuesday. Kenyan police have long been accused by human rights activists and others of rights abuses.

BBC News correspondent Anne Soy reports that clashes broke out between police and opposition supporters in the suburb of Doonholm. She says angry protesters lit tires, barricaded roads and threw stones at the police and ruling party supporters. "

"We do not recognize Uhuru Kenyatta," one protester holding a sling loaded with a stone told Soy.

Kenyatta, speaking to a cheering crowd at a local stadium, said the past few months "have been a trying time," and he called for an end to hate and divisiveness. He again criticized the Supreme Court's nullification of his August election win, saying that "despite ... being told that the processes matter more than your vote, we complied."

But he added that the court, whose justices he once called "crooks" for their ruling, acted with independence, and he said the recent events show that "our constitution is no piece of paper." Institutions should not be destroyed whenever they don't deliver the desired results, he added.

Kenya's election drama has meant months of uncertainty in East Africa's economic hub. The court in nullifying the August result cited irregularities after a legal challenge by opposition leader Raila Odinga, and it ordered a new vote.

It was the first time in Africa that a court had nullified a presidential election, and Kenya's events have been closely watched across the continent by opposition parties and leaders alike.

Odinga and his supporters boycotted the repeat election last month, saying electoral reforms had not been made. Many opposition supporters on Tuesday were heeding Odinga's call to gather and remember those killed in the months of turmoil.