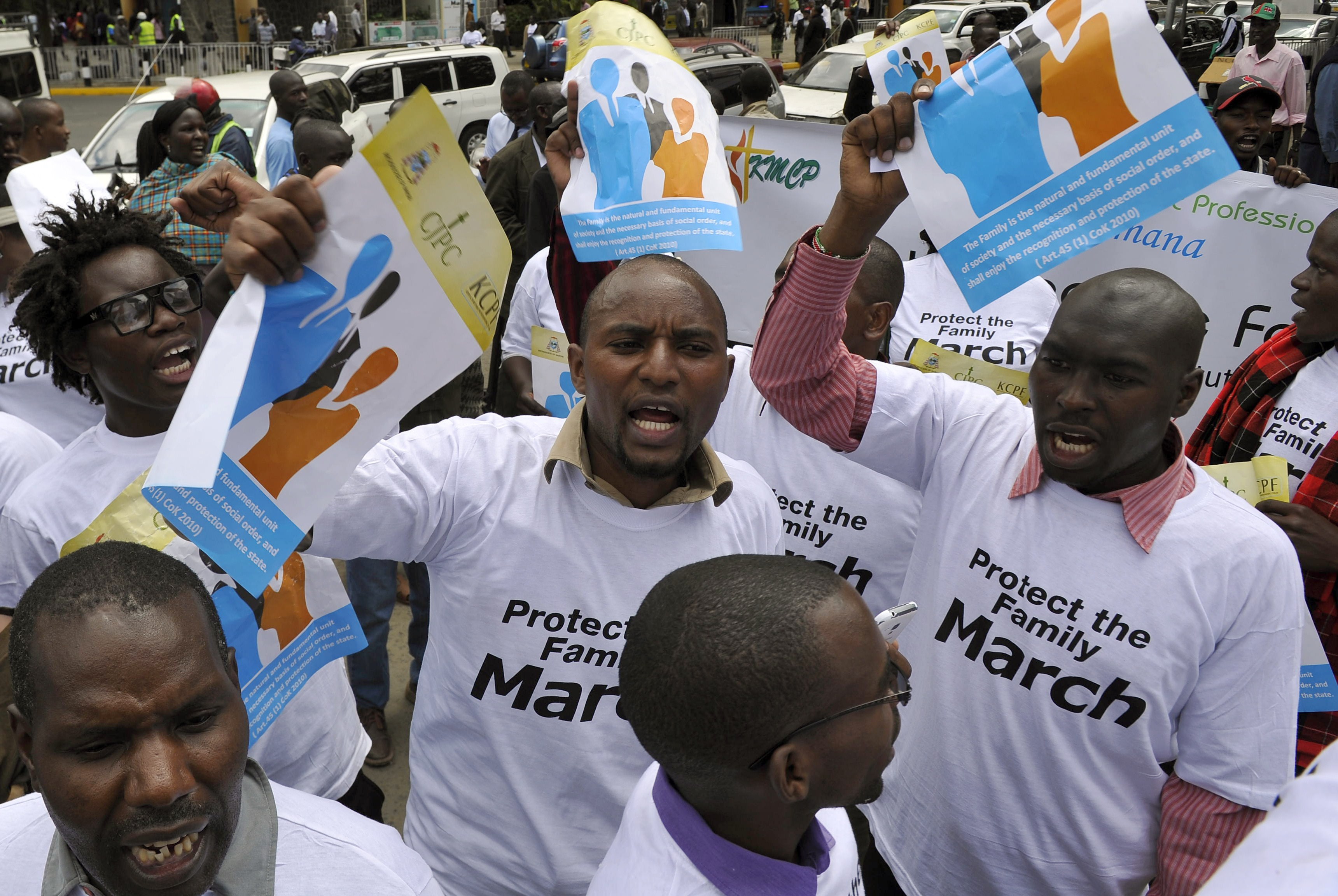 NAIROBI, Kenya -- A demonstration against homosexuality in Kenya fizzled Monday after attracting only a handful of protesters.

The demonstration by about 35 people was called by the Evangelical Alliance of Kenya and timed to coincide with the visit later this month of U.S. President Barack Obama. The group is calling on Obama not to advocate for gay rights during his visit to Africa July 24-28.

Obama is making his first trip as president to Kenya, the country of his father's birth, to attend the Global Entrepreneurship Summit, a meeting of business leaders, international organizations and governments.

Alliance leader Bishop Mark Kariuki said homosexuality goes against moral values and sends the wrong message to youth. "So when Obama comes we are asking him to respect morals of the Kenyans, respect the faith of Kenyans," Kariuki said.

The protest comes a day after Deputy President William Ruto said same-sex couples should leave the country. Gay sex is a crime in Kenya punishable by up to 14 years in prison, and same-sex partners are likely to receive extra attention from police. The Kenyan gay community also complains of sometimes violent harassment.