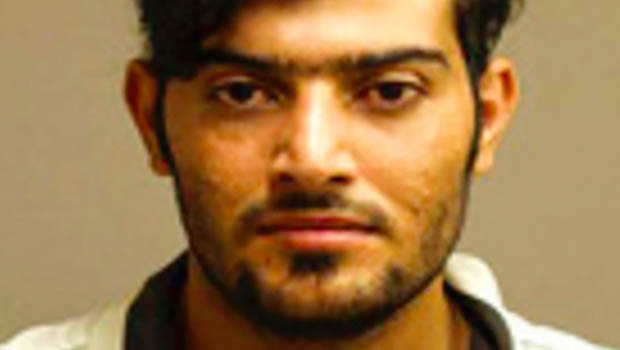 LOUISVILLE, Ky. -- From a Kentucky college town, two Iraqi refugees plotted to send sniper rifles, Stinger missiles and money to al Qaeda operatives waging an insurgency back home against U.S. troops. The scheme was foiled and both are in prison, but the case has left jitters about whether extremists might slip in among Syrian refugees resettling in the U.S.

The two men had been involved in insurgent attacks in Iraq before arriving in Bowling Green, Kentucky, in 2009 as part of a U.S. program to help displaced Iraqis. Their plan unraveled when they teamed up with an FBI informant, leading to their 2011 arrest.

Neither Waad Ramadan Alwan nor Mohanad Shareef Hammadi was charged with plotting to launch attacks inside the U.S., and authorities said their weapons and money never made it to Iraq. But their plotting in a middle-American city of 61,000 has given ammunition to opponents of allowing Syrian refugees into the U.S. following the deadly attacks last week in Paris.

Sen. Rand Paul, who is vying for the Republican presidential nomination, pointed to the case in his hometown this week while touting legislation to block President Barack Obama's goal of bringing 10,000 additional Syrian refugees to the U.S.

Some lawmakers pointed to a Syrian passport found with the body of one of the Paris suicide bombers as a reminder of the risks, but a top German security official later said the passport might have been a fake intended to stoke fears about refugees.

Paul's Kentucky GOP colleague, Senate Majority Leader Mitch McConnell, said the case proves that "the ability to vet people coming from that part of the world is really quite limited. And so that's why I, for one, don't feel particularly comforted by the assertion that our government can vet these refugees."

McConnell has called for "a pause" in allowing Syrian refugees into the U.S. What's needed, the Kentucky Republican said, is a strategy "to give the refugees an opportunity to stay in their own country."

The case of the two Iraqis did raise questions about the government's process for clearing refugees for migration to the U.S., and it led to "a pretty vigorous effort to really use all available information that the federal government has to do extensive vetting," said Christian Beckner, deputy director of a homeland security program at George Washington University.

"This case was an example of the vulnerabilities that existed in the system at the time, some of which has been addressed as a result of this experience," said Beckner, a former staff member of the U.S. Senate Homeland Security and Governmental Affairs Committee. "Efforts were made to improve the screening system as a result of this case, which will be helpful for screening Syrian refugees."

Those seeking to enter the U.S. through the Refugee Admissions Program now undergo extensive screening that includes in-person interviews, biometric screening and background checks through the databases of U.S. intelligence and national security agencies. The process typically lasts between 18 and 24 months, though it can often be longer for those seeking to relocate from such war-torn countries as Iraq and Syria.

The U.S. Justice Department said Wednesday it doesn't track how many people approved through that screening process were later arrested on charges related to extremist activities.

The Migration Policy Institute, a nonpartisan think tank in Washington, says that of the 784,000 refugees cleared for resettlement in the United States after Sept. 11, 2001, only the two Iraqis in Kentucky and a third man from Uzbekistan were later arrested for planning violent acts. Of the roughly 2,200 Syrians admitted to the United States as refugees since the start of the civil war in 2011, none has been arrested on such charges, according to the institute.

Hammadi and Alwan pleaded guilty to taking part in a plot to ship thousands of dollars in cash, machine guns, rifles, grenades and shoulder-fired missiles from Kentucky to al-Qaida in Iraq in 2010 and 2011. Hammadi is serving a life sentence, and Alwan, who prosecutors called an experienced militant, received a 40-year prison sentence.

Federal officials already had evidence of Alwan's ties to the Iraq insurgency from a fingerprint on a roadside bomb found in 2005, but it didn't stop him from entering the U.S. as a refugee four years later. Federal investigators starting tracking Alwan after discovering he had been held in an Iraqi prison. The fingerprint match was made later and used as evidence in the case against him.

During the investigation, Alwan unwittingly worked with the FBI informant, drew diagrams of roadside bomb models and boasted about attacks on American troops in Iraq.

Beckner said one complication in checking out Syrian refugees is that the U.S. had a major military presence that could assist with the vetting in Iraq, a factor that's missing in Syria. Without reliable intelligence on the ground in Syria, it's more difficult to protect against someone bent on violence or supporting a militant cause, he said.

Another complication is the "combination of technology and radicalism," since refugees, unlike in past decades, can stay in close touch with what's going on in their homeland, said Charles Rose, a criminal and military law professor at Stetson Law School in Gulfport, Florida.

Rose, a former Army intelligence officer and a judge advocate general, said: "So there is now an ability for elements outside the United States to continue to have a great deal of virtual presence in the lives of recent immigrants and refugees."