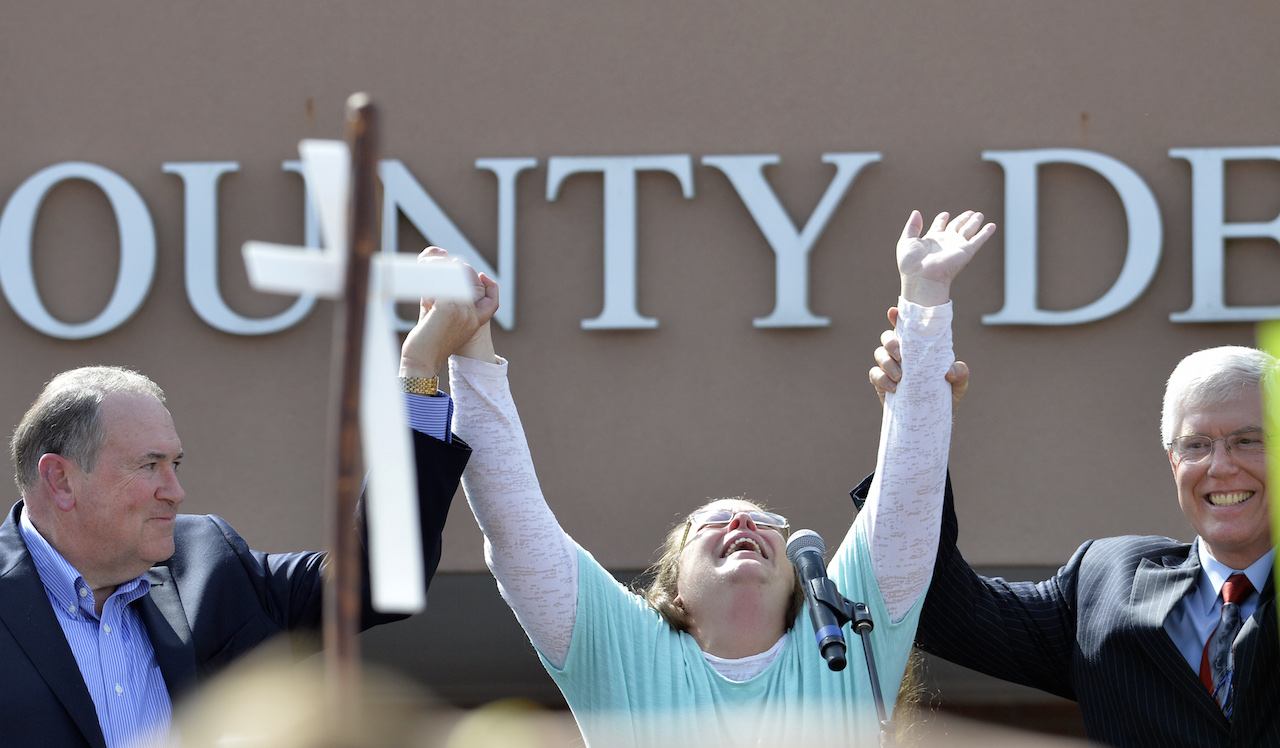 The Kentucky county clerk who refused to issue marriage licenses to same-sex couples is a free woman, but her legal troubles may not be over, reports CBS News correspondent Jericka Duncan.

Davis emerged from jail Tuesday into a crowd of more than 3,000 cheering supporters.

"I just want to give God the glory," Davis said. "His people have rallied and you are a strong people!"

In a two-page order, the federal judge who put her behind bars five days ago said he was satisfied Davis' office was "fulfilling its obligation to issue marriage licenses to all legally-eligible couples."

But he warned Davis not to "interfere in any way directly or indirectly," as such action would be considered "a violation."

"If you have to put someone in jail, I volunteer to go," Huckabee told the rally. "Let me go."

Others turned out in support of marriage equality.

"I'm happy about her release. We never celebrate when anyone's incarcerated, but what I hope is that she will do her job as a public official," Pastor Marsha Moors-Charles said.

Davis could return to work as early as Friday, but her lawyers say she has no plans to violate her conscience.

"I think we're back to square one. That's why nothing has been resolved," attorney Mat Staver said.

According to him, she could end up right back in jail.