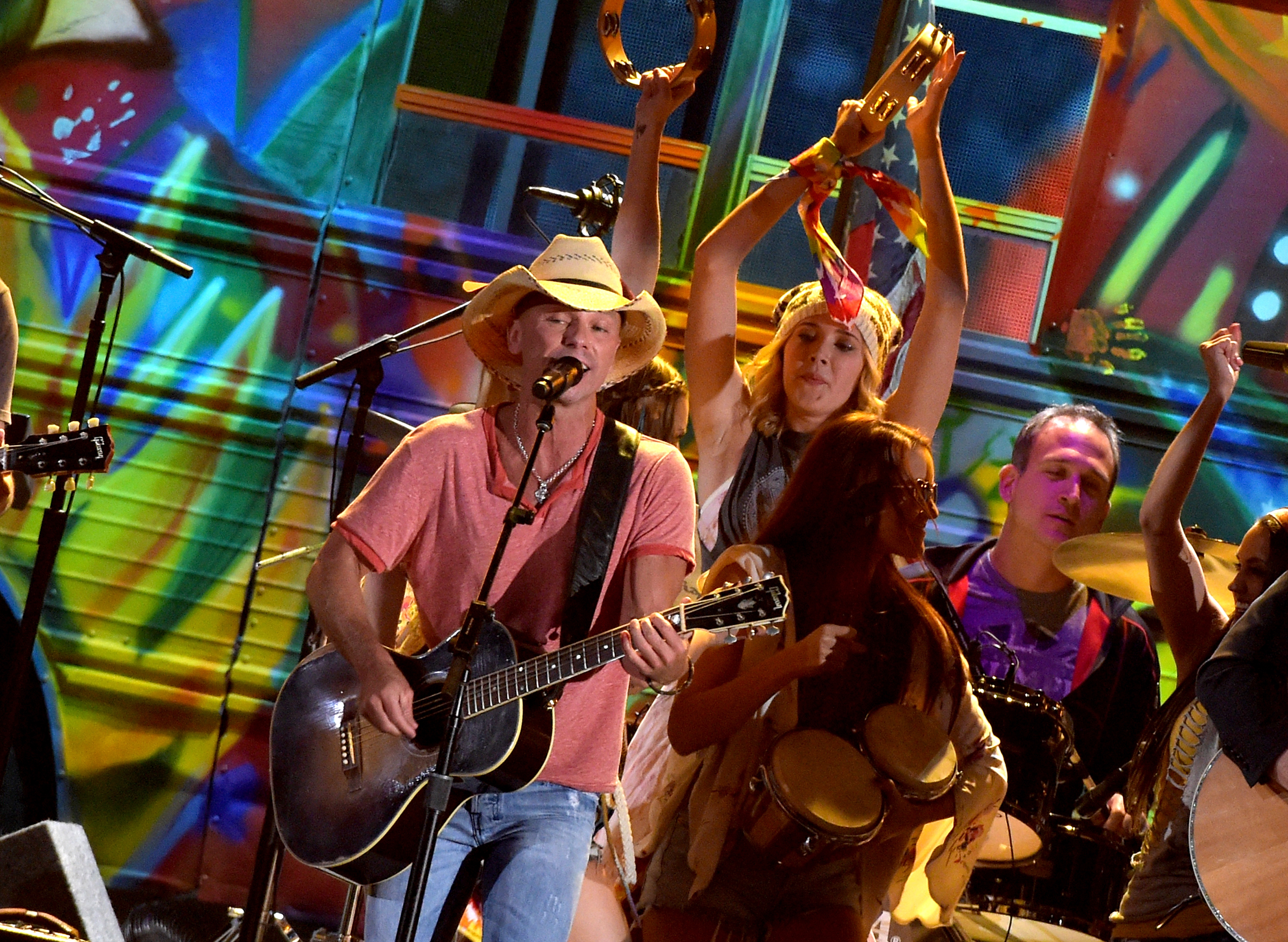 Kenny Chesney opens up about country music's take on women in a new interview with Billboard, explaining that at 46 years old, he has a different view on things.

"Over the last several years, it seems like anytime anybody sings about a woman, she's in cutoff jeans, drinking and on a tailgate -- they objectify the hell out of them," he said. "Twenty years ago, I might have written a song like that -- I probably did. But I'm at a point where I want to say something different about women."

An example? Billboard cites Chesney's new song "Wild Child," featuring Grace Potter, in which Chesney sings about a woman who's strong and independent. The track appears on his new album, "The Big Revival." Released in September, it marks Chesney's 16th studio set.

Chesney confirmed he has a girlfriend, but woudn't say much more about her -- except that she's not in the music business. Has briefly married to Renee Zellwegger in 2005. The marriage was annulled.