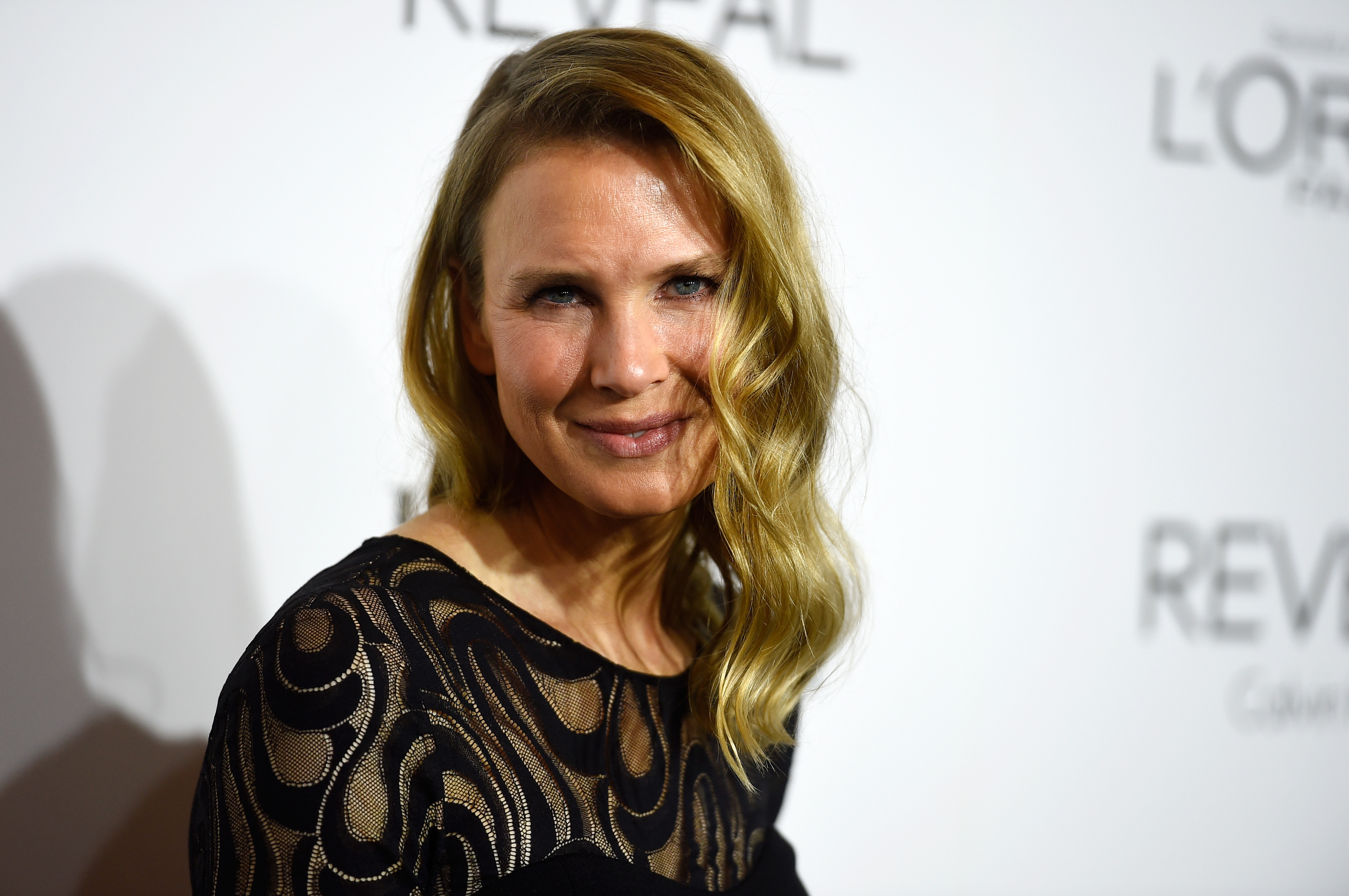 Renee Zellweger has responded to buzz surrounding her latest look with a positive comeback.

The 45-year-old actress stepped out on the red carpet Monday night at the Elle Women in Hollywood Awards, and her appearance had some people scratching their heads, speculating whether she did anything cosmetically or otherwise to her face, with reports claiming she looked "unrecognizable."

The "Cold Mountain" star responded to all the chatter with a statement to People, calling the reaction "silly," and noting, "I'm glad folks think I look different! I'm living a different, happy, more fulfilling life, and I'm thrilled that perhaps it shows."

Zellweger said she decided to comment because "it seems the folks who come digging around for some nefarious truth which doesn't exist won't get off my porch until I answer the door."

She also told the site, "My friends say that I look peaceful. I am healthy," Zellweger continues. "For a long time I wasn't doing such a good job with that. I took on a schedule that is not realistically sustainable and didn't allow for taking care of myself. Rather than stopping to recalibrate, I kept running until I was depleted and made bad choices about how to conceal the exhaustion. I was aware of the chaos and finally chose different things."

Zellweger has been spending time with her boyfriend Doyle Bramhall II and has been largely out of the spotlight recently. Though expect her to return to the big screen alongside Keanu Reeves in the 2015 film, "The Whole Truth."

We last saw her in 2010's "My Own Love Song." Before that, Zellweger appeared in big-screen favorites "Jerry Maguire," "Me, Myself & Irene" and "Bridget Jones's Diary." She won a best supporting actress Oscar for "Cold Mountain."

Zellweger was briefly married to country star Kenny Chesney in 2005.