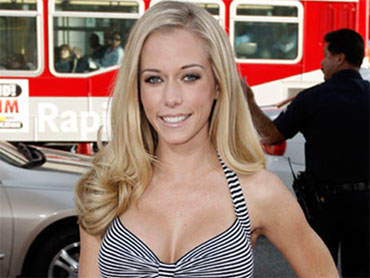 "We're happy and healthy and enjoying every second with little Hank," the parents told E! News.

Baskett, 27, and Wilkinson, 24, married at the Playboy Mansion in June. Wilkinson lived in the mansion while she was one of Playboy founder Hugh Hefner's girlfriends and starring on "The Girls Next Door." She now has her own reality show, called "Kendra."

When news broke that Wilkinson was in labor, Hefner released a statement that said, "I send my love to Kendra, Hank and the baby on this memorable day," according to reports.