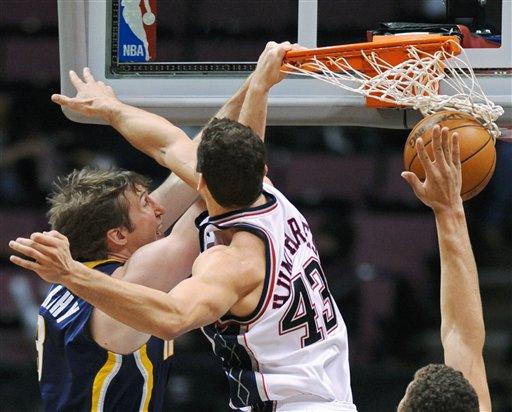 Imagine this: You get a phone call from a collections agency telling you that you owe thousands of dollars for a charge account opened in your name -- an account that you know you never opened and have never used.

It may sound like a bad dream, but for millions of Americans, it's a harsh reality. In fact, the Federal Trade Commission estimates that last year alone, nearly 10 million people fell victim to identity theft and ended up in situations like this one. That's more than 1,100 thefts an hour, or three times the number of household burglaries each year.

The numbers are nothing short of staggering. Last September, the Federal Trade Commission estimated that 27 million Americans have had their identities stolen over the past five years (which adds up to one in eight adults falling victim to identity thieves).

The frightening fact is that it is incredibly easy for thieves to rip off unsuspecting Americans' identities. According to the Identity Theft Resource Center thieves can take your identity in any of the following ways:

Although it's impossible to completely protect yourself from identity theft, Jay Foley, co-executive director of the Identity Theft Resource Center, explains some excellent pointers for people to lessen their chances of having their identity ripped off on The Early Show.

Shred everything
And Foley means everything - old checks, credit card statements, credit card offers, and old financial records. "If you're going to keep these documents, make sure you put them in the way, way back of a filing cabinet that no one ever goes near, and hide the key," he says. "With any of these documents, a thief could easily open a new charge account or even get a several-thousand-dollar loan in your name. If you're going to get rid of them, make sure they're completely shredded or torn up. If you don't, a smart thief could hit your trash can, remove one of these documents, and take real advantage of you and your credit."

(There are many sites online that offer discounted credit reports. Foley strongly recommends not using them for security purposes.)

Don't talk on cordless or cell phones
When it comes to Social Security numbers, financial accounts, or any sort of financial transaction, Foley warns that you should get a landline. "Cordless phones operate on frequencies of a few hundred feet, max," Foley says. "My next-door neighbor has two teenage daughters who use the phone. A lot. Sometimes, I go to pick up my cordless phone to make a call, and instead of hearing a dial tone, I hear my next-door neighbors' teenage daughters talking about things I shouldn't be hearing. And don't want to be hearing. And the only reason I'm hearing their conversations is because these cordless frequencies are so low, they cross over one another and can easily be intercepted. So know that if you're going to give out your vital information on your cordless phone, a smart thief could easily intercept that radio signal that your phone's operating on and get all your information straight from the horse's mouth."

Same story for cell phones: Signals can be intercepted, and a good thief can listen in on your entire conversation.

Research before buying anything online
"I don't care if you're buying a T-shirt or a $4,000 hi-fi system," Foley says. "Don't ever, ever purchase anything online without doing a search on the company you're planning on buying from. You check in with the Better Business Bureau, see if they have any negative reports on the online company you're interested in, and if they even have one, don't buy from that company," he insists. "And if you're convinced that those pay online services are completely secure, think again. You've got to research every single site you plan on using to buy from or pay through before transmitting your information to them. Because you don't know who's sitting on the receiving end of the email you're sending with your information - there could be an unscrupulous sort who's just sitting there waiting for the present of your credit card information, or your checking account number and routing number, or even your social security number. And that $15 shirt you were logging on to buy could end up costing you thousands of dollars more if you don't shop wisely online."

Don't carry deposit slips
If you're scrounging around in your purse or wallet looking for a piece of scrap paper to jot a note on, sometimes the next best thing is a deposit slip. People carelessly dispose of them or disregard them all the time - but in truth, you should guard deposit slips as closely as you do checks. Not only do they have your name, address, bank (branch location often included) and account number printed on them, but they can also be used to withdraw money from your account. All a thief has to do is write a bad check, deposit it into your account and use the "less cash received" line to withdraw your money. "For example," Foley says, "I could go to your bank -- the address is on the deposit slip -- and deposit a phony check for $600, make the deposit slip "less cash" of $300 and drive away $300 richer. Moreover, I could go and use that deposit slip to order 400 new checks in your name, and have them delivered to me at a different address. Or, I could have them delivered to your address, go to your home (since I now have your home address off the deposit slip you left behind at the bank), intercept those checks as well as a credit card offer, and go crazy on your dime. Deposit slips are like gold - don't treat them like scrap paper."

Carry altered copies of ID cards
"Here's a fun activity for everyone in your family," Foley says. "Take them down to the Kinko's on the corner. Get their wallets out, take out their identification cards - licenses, medicaire cards, anything that may have your Social Security number on them - and Xerox them. Xerox both sides. Then cut those copies down to wallet size, glue them together, front to back. And now take a black magic marker, and black out the last 4 numbers of your social security number on each ID. If you lose your wallet and a thief finds it, they're going to have a heck of a lot harder time trying to steal your identity without your entire social security number," Foley advises. "And most of the time, you can use those copies for whatever you'd need - even with the blacked-out last numbers of your Social Security ID number - you can just fill in those numbers for whoever you're using those cards with. But a thief's not going to be able to do much with those copies, as they'll have no idea what those last digits of your SSN are supposed to be."

Don't carry your Social Security card in your wallet.
"There are three specific reasons for which you should carry your social security card," Foley says. "The first is if you've just gotten a job, and you need to bring your new employer your card to Xerox for your files. The second is if you're going to pawn something over $100 - you'll need your Social Security card for that. And the third is if you're going to a casino, and you plan on making more than $10,000, which you'll need your card to collect on at the end of the night. There is no other reason you should be carrying your Social Security card around. Take it, and lock it up in a place where the sun will never, ever shine. That little piece of cardboard is THE most valuable resource for an identity thief - so you don't want to chance it getting into a thief's hands."

There are a few other things that Foley advises to ensure that the number of identity thefts goes down in the future. "The public has to start speaking up to corporations that use their Social Security numbers as ID numbers. There is no reason that Corporation XYZ has to use your SSN as your employee ID number. If you speak up, if enough people speak up, this can be changed and we can save a lot of time, hassles, and tremendous heartache."

Moreover, the public needs to start demanding better security practices from their local and federal governments.

"Would you believe it if I told you that 400,000 checking accounts have been issued to dead people?" Folley asks. "Or that one state issued 160 drivers' licenses to the deceased last year? It's true! Because unless you're collecting from the Social Security Administration, your death record does not need to be reported to them. So if I were to die, and I wasn't getting any money from Social Security, and you had my Social Security number or card, you could go and open accounts in my name because there's a good chance that my SSN was never cut off.

"We have to get the government to start implementing programs that report all deaths to the Social Security Administration. We have to get corporations more proactive in stopping people from opening fraudulent accounts. If we don't call for more legislation, more protective measures, this problem is never going to get better."