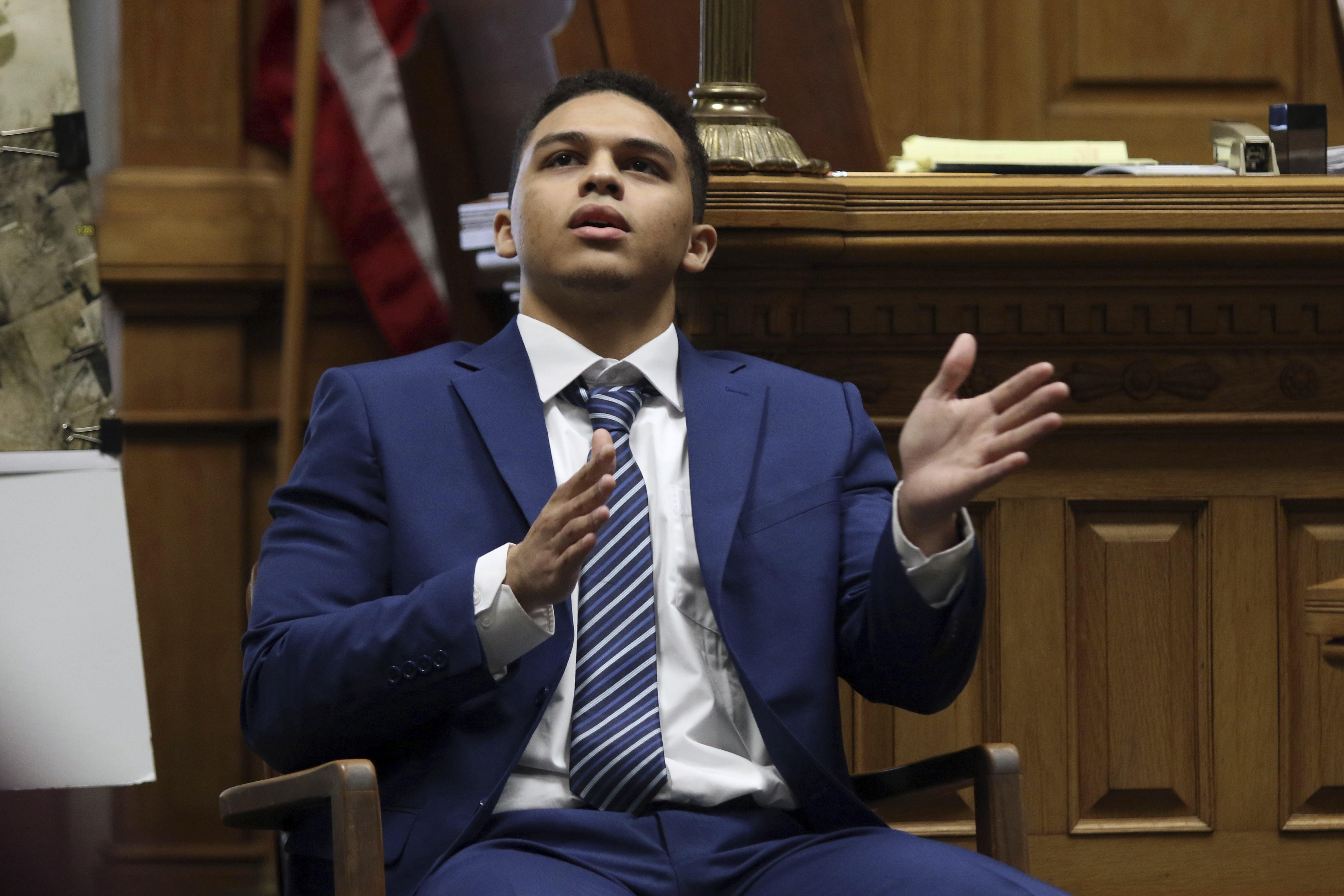 KEOKUK, Iowa -- A man has been found guilty of first-degree murder in the shooting death of a gender-fluid Iowa teenager.

At trial, prosecutors described Johnson as a high school student who sometimes dressed as a girl. Relatives say Johnson identified as both male and female.

Attorney General Jeff Sessions made the unusual decision last month to send a federal hate crimes prosecutor to assist state and local authorities with the case.

Prosecutors said Johnson was wearing a pink headband and hair extensions when Sanders-Galvez and his cousin saw the teen at a store, followed Johnson in their car, then took the teen to a Burlington home.

Throughout his testimony, Sanders-Galvez maintained his innocence, saying he didn't know Johnson nor did he kill the teen, the Des Moines Register reports.

Investigators said a struggle ensued during a sexual encounter, and the men suffocated and shot Johnson and dumped the teen's body in an alley.