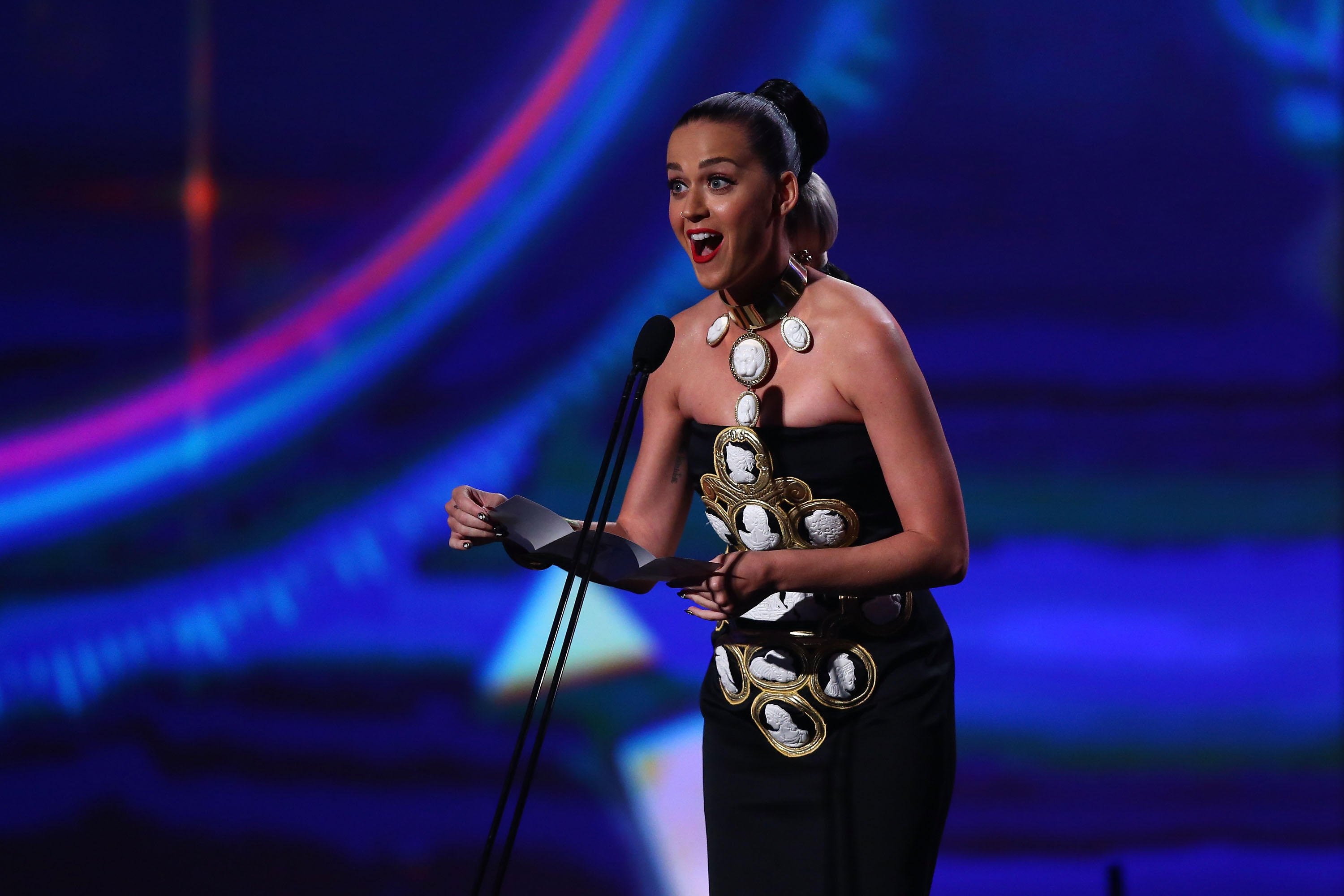 Sia and her "Chandelier" lit up Australia's Aria Music Awards, even without appearing on stage.

The singer-songwriter won album of the year for "1000 Forms of Fear" as well as best pop release, best video and best female artist.

She didn't attend Wednesday's ceremony in Sydney, but Katy Perry accepted the best female artist gong on her behalf.

"I'm going to drop it off to her and she's going to enjoy it," Charli XCX said.

Kasey Chambers scored the ARIA award for best country album for "Bittersweet," while the John Butler Trio took home the ARIA trophy for best blues and roots album for "Flesh and Blood," the band's sixth album released earlier this year.

On the red carpet, Faker talked about his excitement. "It's cool to be here, this is my first Aria's so I'm not really looking at winning anything. I'm just here," he said.

Amy Sheppard said the band put in a lot of effort. "It might seem like an overnight success, but we've been working at this for five years or more, so we work hard," she said.

Boy band 5 Seconds of Summer opened the ceremony with "She Looks So Perfect," which won the public vote for song of the year.

"Every single Australian has been behind our band and we're just from Sydney and we can't believe what's happened to us," Ashton Irwin said.

One Direction caused hysteria on the red carpet before accepting the publicly voted award for best international artist, to whoops and cheers from the crowd.

The host of a long-running TV show "Countdown," Molly Meldrum, received a standing ovation as he was inducted into the Australian Record Industry Association's Hall of Fame. "I am just like everyone in this room. I am here because I love music," he said.