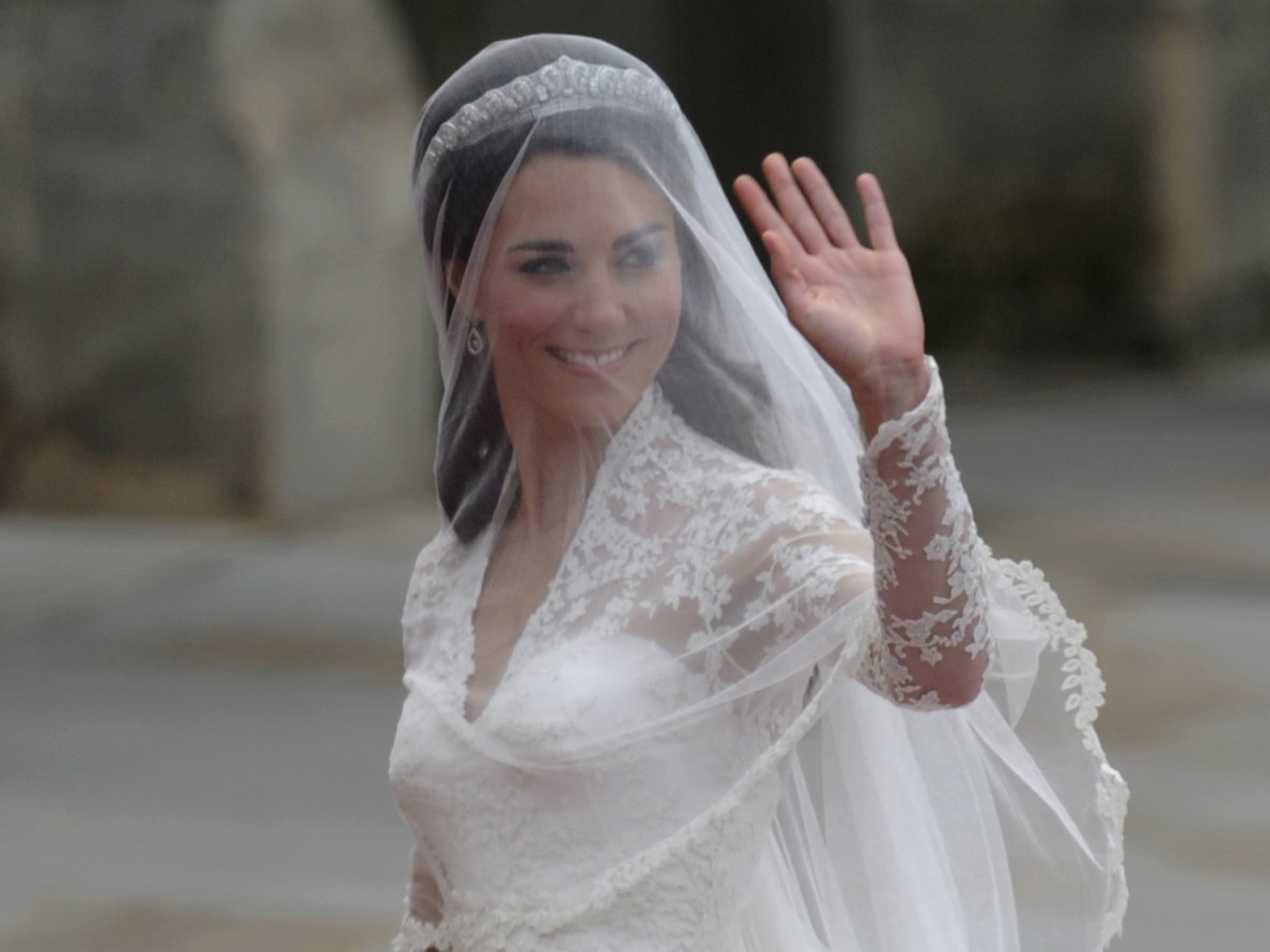 (CBS) Kate Middleton chose the perfect tiara to top her gown, wearing a Cartier "halo" tiara to hold her veil in place.

The Cartier tiara was lent to Middleton by the Queen.

According to the Royal Wedding website, the Cartier tiara was made in 1936 and was originally purchased by the Duke of York (later King George VI) for his Duchess (later Queen Elizabeth The Queen Mother), three weeks before he succeeded his brother, Edward, as King.

The tiara was given to Princess Elizabeth by her mother on her 18th birthday.

The Royal Wedding site also notes that Middleton's earrings, by Robinson Pelham, were made to echo the tiara. Pelham's design was inspired by the Middleton family's new coat of arms, which includes acorns and oak leaves, and was given to the royal bride by her parents for her wedding day.

According to the Mirror, Middleton wearing the tiara signifies the time-honored tradition of wearing "something borrowed" on her wedding day.