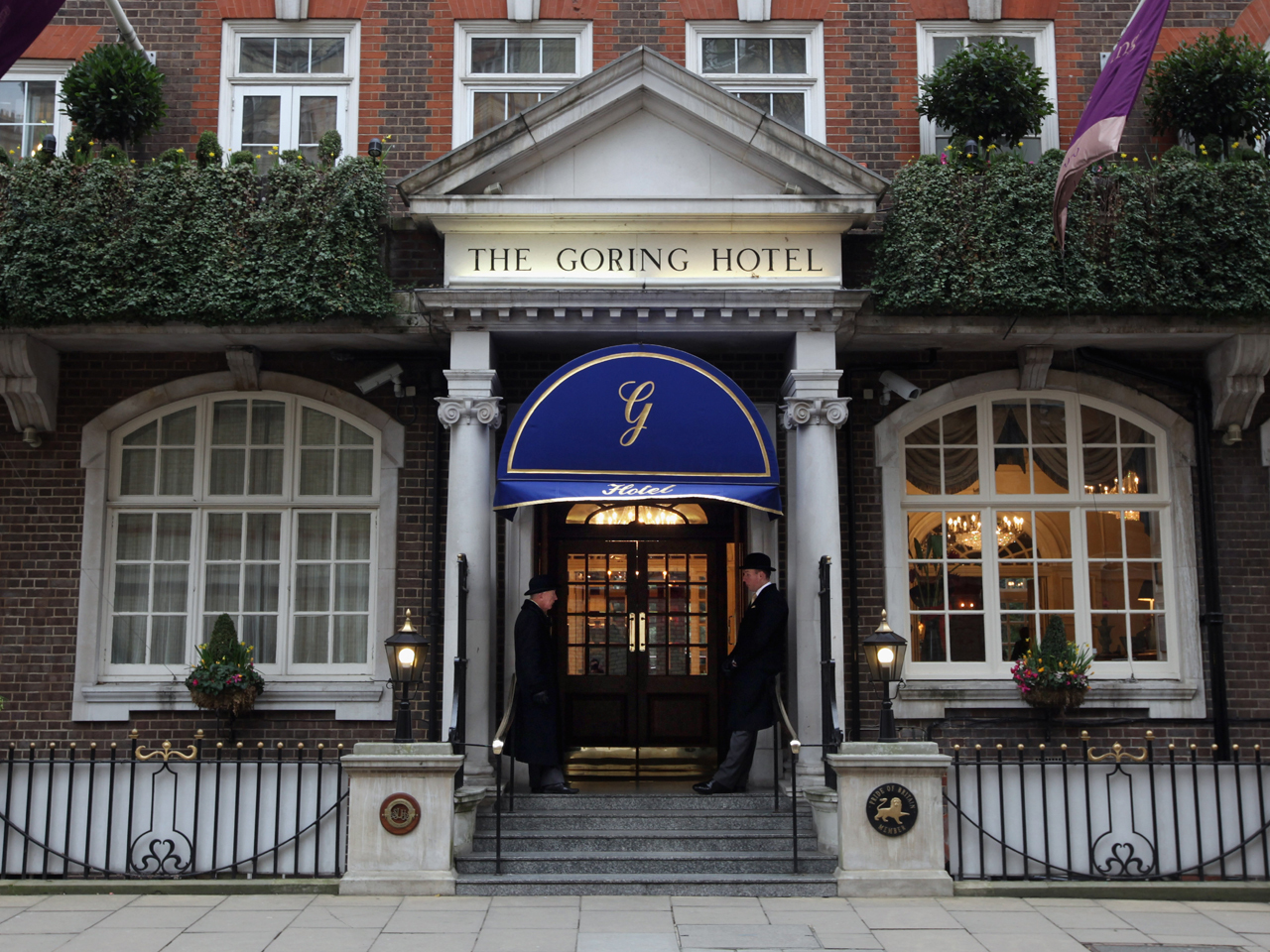 (CBS) - Kate Middleton will spend her last night as a single woman in a luxurious suite at London's Goring Hotel.

The five-star hotel, which is near Buckingham Palace, will also play host to the bride-to-be's immediate family, Clarence House confirmed via Twitter Friday.

"We are honored and delighted to be playing a small part in such a great day," Jeremy Goring, the hotel's CEO told BBC News.

The hotel, which is family owned, has hosted a few other royal family members, including Queen Elizabeth II and Sarah Ferguson, Duchess of York.

The suite where Middleton will be staying recently underwent a $245,000 makeover, and consists of five rooms and two bathrooms. She will reportedly share it with her mom Carole and sister Pippa.

The Sun newspaper published pictures of the lavish top-floor suite, which includes a four-poster bed, grand piano, bronze statues, silk wallpaper and even an antique gown that is believed to be a prototype of the one Queen Victoria wore on her wedding day.

There is also a waterproof flat-screen TV in the master bathroom and an original "Venerable" toilet by 19th-century plumber Thomas Crapper.

Clarence House also confirmed on Friday that Middleton and her father will leave the hotel at 10:51 am for the 11 a.m. service at Westminster Abbey, while Prince William will arrive from Clarence House with his brother and best man Prince Harry at 10:15 a.m.