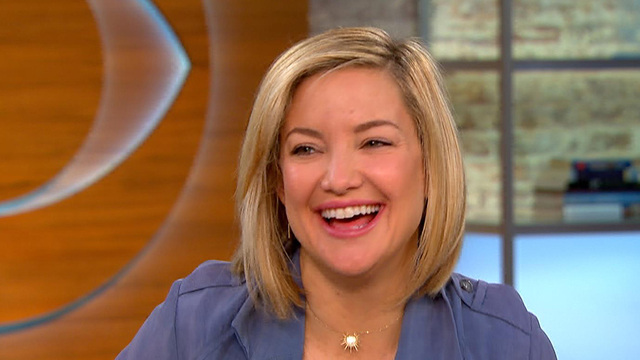 Kate Hudson is still staying fairly tight-lipped about the rumors that she is dating Nick Jonas, but she certainly didn't deny a relationship with the singer on "CBS This Morning."

When co-host Gayle King asked the actress, "What would you like us to know about Nick Jonas?" Hudson responded, "He's a great guy. He's a sweetheart."

Earlier in the segment, the hosts mentioned to Hudson that Jonas had gone on the record to say that he and Hudson had a "beautiful connection," so when co-host Charlie Rose followed up King's question by asking what Jonas would say about her, she laughed and said, "Apparently that we have a really beautiful connection."

Without explicitly confirming that she and Jonas are in a relationship, she said, "I'm having a great time. I'm pretty happy." Hudson also said that between Jonas tracks "Jealous" and "Chains," she prefers the latter song from her alleged beau.

Though Hudson hasn't been very public about her connection to Jonas, she has been open about previous relationships. In October, she admitted that she and ex-husband Matt Bellamy didn't have "a great relationship."

Olivia Newton-John to be honored with state service
More