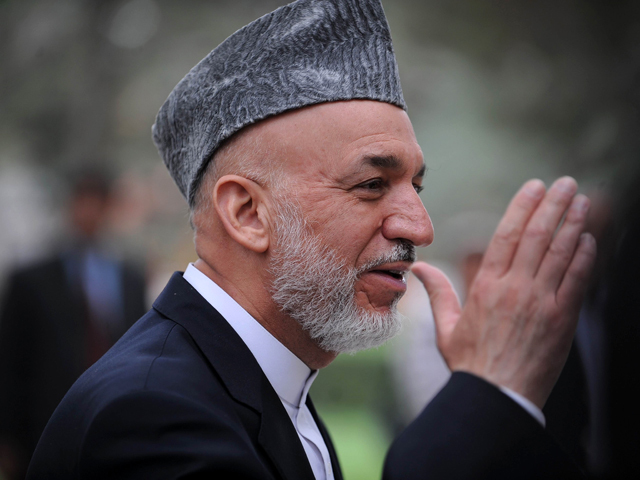 KABUL, Afghanistan - Afghan intelligence officials say they have foiled an assassination attempt on President Hamid Karzai, arresting six people in Kabul who they say are affiliated with al Qaeda and the Haqqani militant group.

Intelligence service spokesman Latifullah Mashal said Wednesday that those arrested included one of Karzai's body guards, three college students and a university professor. He says the group was recruited by two Arab nationals based in Pakistan.

Afghan officials have been increasingly vocal in publicly accusing Pakistan and its spy agency of supporting militants. On Tuesday, they claimed that Pakistani officials had advance knowledge of the Sept. 20 assassination of former Afghan President Burhanuddin Rabbani. Pakistan has denied the charges.

Meanwhile, The U.S.-led coalition said a senior leader of Haqqani has been killed in an airstrike in eastern Afghanistan.

The coalition on Wednesday identified the militant leader as Dilawar, who used only one name. NATO says he was killed on Tuesday in Musa Khel district of Khost province.

NATO says so far this year, more than 20 Haqqani leaders have been killed and more than 1,400 suspected Haqqani insurgents have been captured.