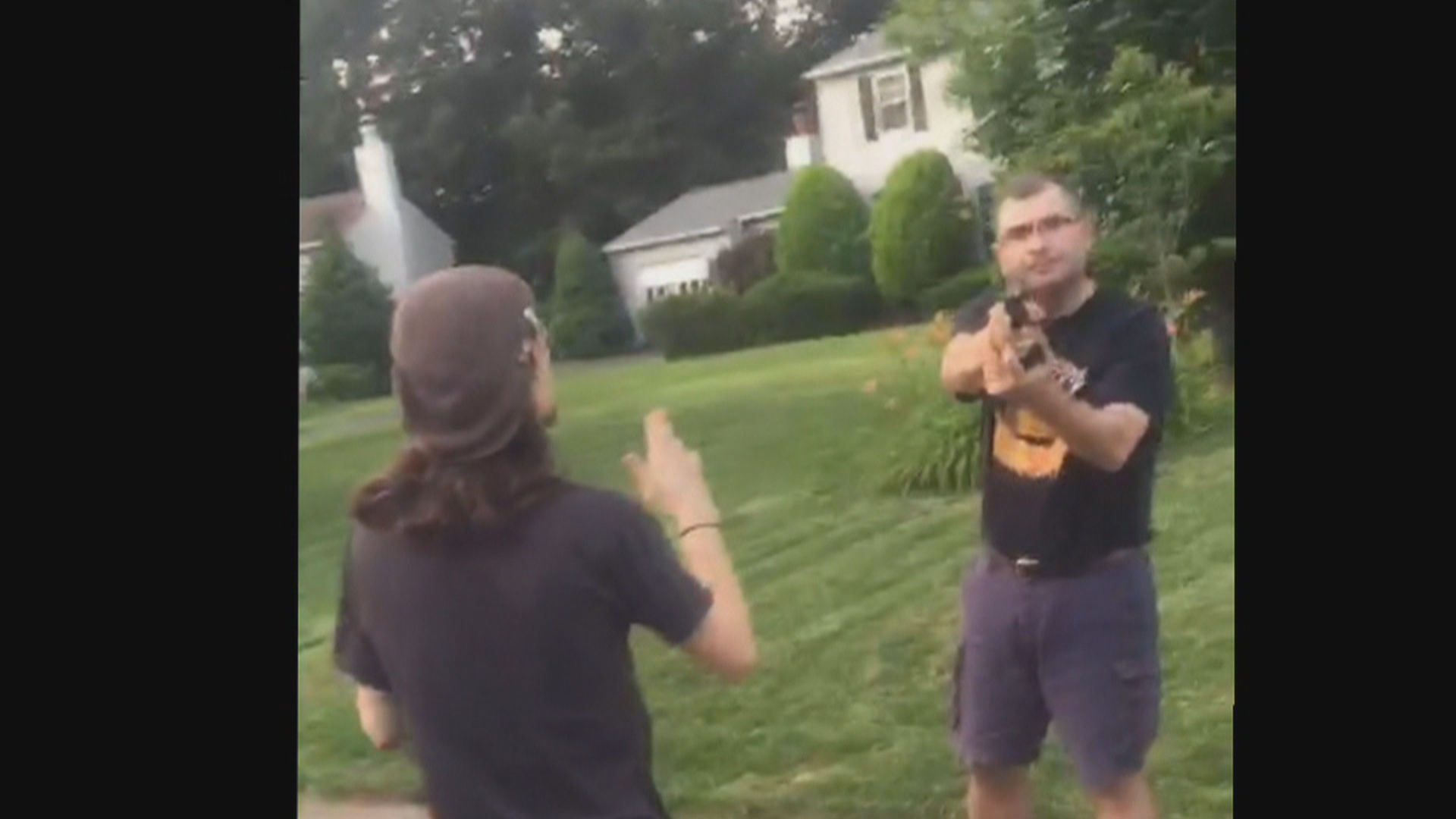 A top Navy official has been placed on administrative leave after being videotaped pointing a gun at people outside his northern Virginia home.

CBS News Pentagon correspondent David Martin reported Karnig Ohannessian, Deputy Assistant Secretary of the Navy for Environment, will be on leave while police investigate the altercation.

As Martin reported earlier this week, one of the men involved in the June 11 altercation recorded it on his phone.

Ohannessian can be seen in the video pointing a gun at young men he says are drunk and making noise outside his house in the Washington suburbs.

Ohannessian tells the boys to get in their car, to which one of them responds: "You're pointing a gun at my friend. This is a criminal offense, so please stop it."

The men taunt him while one of them records the incident.

"Be thankful you have a gun, man," one of the boys tells Ohannessian as he continues to brandish the weapon. "It shows what kind of a [expletive] you are."

A woman seen in the video talking on the phone is apparently Ohannessian's wife. She later pleads for him to let the men leave as he claims that they are on his private property.

It's unclear if the gun is loaded, but in the footage Ohannessian threatens to use it.

"I can shoot the [expletive] out of you guys right now," he says.

Shortly after the incident last month, the mother of one of the young men filed a complaint. Ohannessian, who is also a recipient of two meritorious civilian service awards, was briefly taken into custody.

The Navy learned of the incident on Tuesday when shown the video by CBS News.

In a statement, Rear Adm. Dawn Cutler, Navy Chief of Information, said officials are aware of the incident and video. "Mr. Ohannessian's supervisor is taking the appropriate action, to include working to understand the full details of what occurred," Cutler said.

No charges have been filed against Ohannessian, and the investigation remains open.