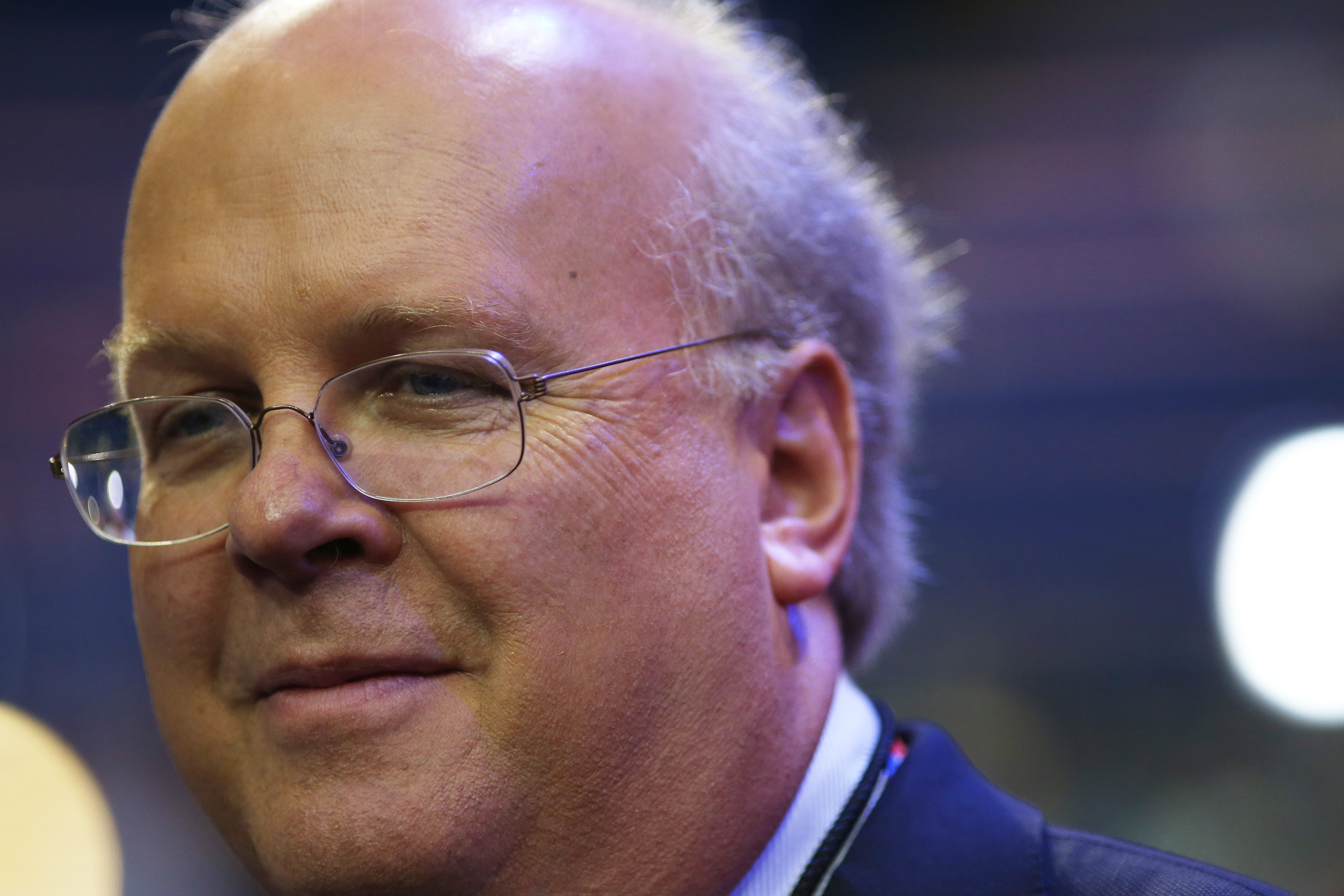 Karl Rove, former President George W. Bush's former political strategist, said at a conference last week that the American people should know more about former Secretary of State Hillary Clinton's health - including exactly what the damage was after she suffered a fall in December 2012.

The official diagnosis was a blood clot in her head caused by a concussion. But Rove suggested there might be something more insidious.

"Thirty days in the hospital? And when she reappears, she's wearing glasses that are only for people who have traumatic brain injury? We need to know what's up with that," Rove said, according to the New York Post's Page Six.

A Clinton representative told the paper, "Please assure Dr. Rove she's 100 percent." They added, ""Karl Rove has deceived the country for years, but there are no words for this level of lying."

Rove later objected to characterizations of his comments as a suggestion that Clinton had brain damage. In an appearance on Fox News Tuesday, he said, "I didn't say she had brain damage. My point was, is that Hillary Clinton wants to run for president, but she would not be human if this didn't enter in as a consideration. And my other point is, this will be an issue in the 2016 race, whether she likes it or not."

According to aides, Clinton contracted a stomach virus in early December 2012 and became dehydrated, leading her to fall and hit her head. She wasdiagnosed with a concussion on Dec. 13 and then spent several weeks out of the public eye. She was eventually admitted to New York-Presbyterian Hospital on Dec. 31 when doctors discovered the blood clot, located behind the right ear, during a follow-up exam stemming from the concussion. Doctors treated her with anti-coagulants to dissolve the clot.

"This, I think, is a strategy," Wallace said. "He may have been trying it out on behalf of the party, on behalf of the eventual nominee. While his comments may have been off, her health -- regardless of why she was in the hospital or whether she was in the hospital -- questions about a candidate's health are not only legitimate, they are always part of a presidential campaign."

Wallace continued, saying that voters are, "smart enough to cancel out" comments that are wrong or have crossed a line, and will correct for that.

"But the notion that she isn't going to have to answer questions, even in a Democratic primary about what she went through, is ludicrous. Of course she will," Wallace said.

White House Press Secretary Jay Carney had an acerbic response to a reporter who asked about Rove's comments.

"You're asking this question based on the assertion of a political consultant, which is a kind way of putting his job," Carney said. "And his medical evaluation: Here's what I would say about cognitive capacity, which is that Dr. Rove might've been the last person in America on election night to recognize and acknowledge that the president had won reelection, including the state of Ohio, so we'll leave it at that."