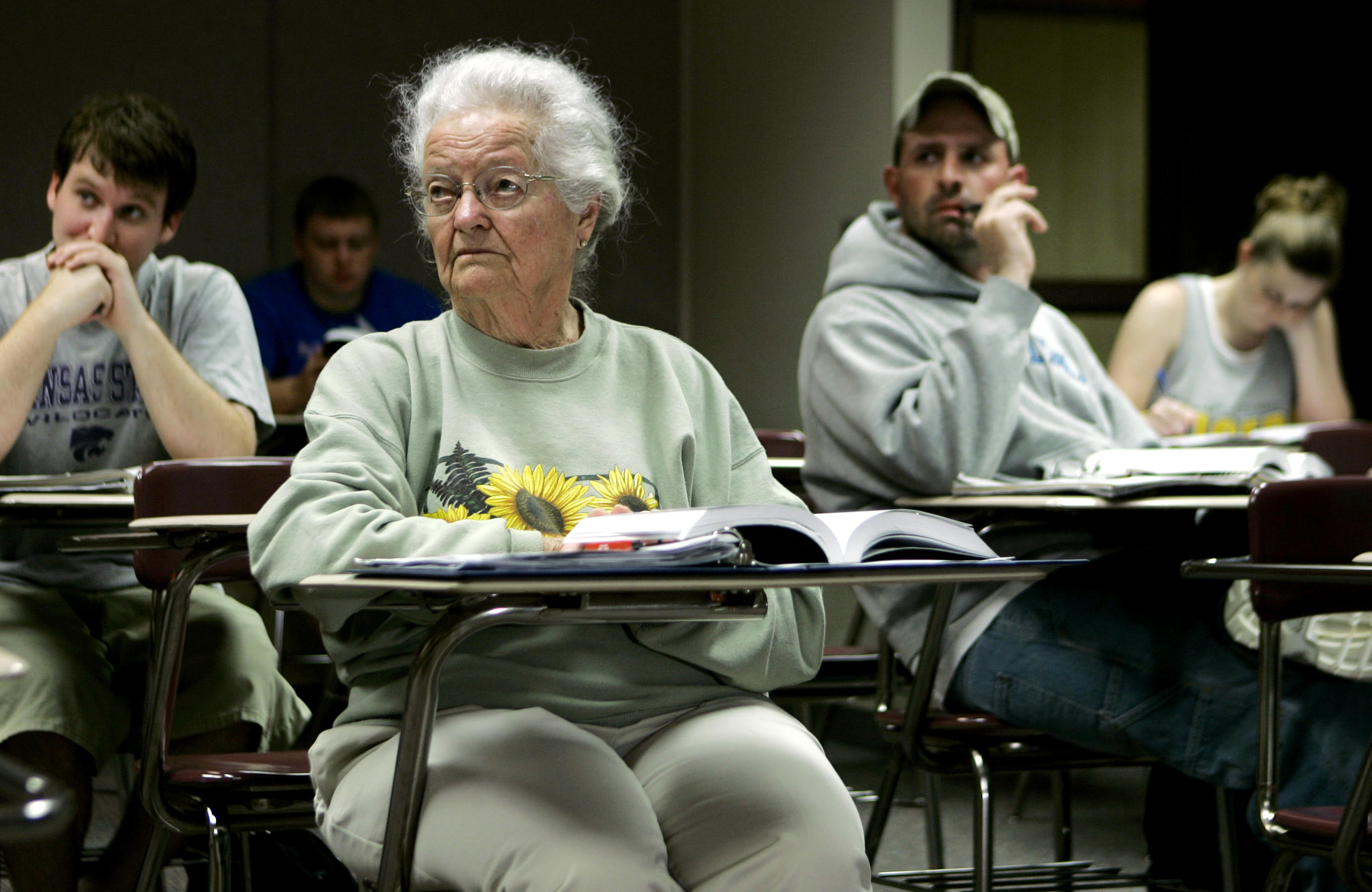 DODGE CITY, Kan. - A Kansas woman who became national news when she graduated from college at the age of 95, and continued taking classes until she was 100, has died.

Nola Ochs was 105 when she died Friday at a senior living home in Dodge City. The Beckwith Funeral Home in Jetmore says her funeral is scheduled Thursday in Dodge City.

Ochs earned a general studies degree with an emphasis in history from Fort Hays State University in 2007. At the time, the Guinness World Records said she was the oldest college graduate in the world.

She then earned a master’s degree in liberal studies with a concentration on history in 2010, at the age of 98.

She continued taking classes until age 100 before returning to her family’s farm near Jetmore.

After raising four sons — who’ve given her 13 grandchildren and 15 great-grandchildren — and after her husband passed away, Nola began picking up college classes to keep herself busy.

After taking online classes for a while, Nola decided it was time to abandon the comforts of home, and move into student housing on campus.