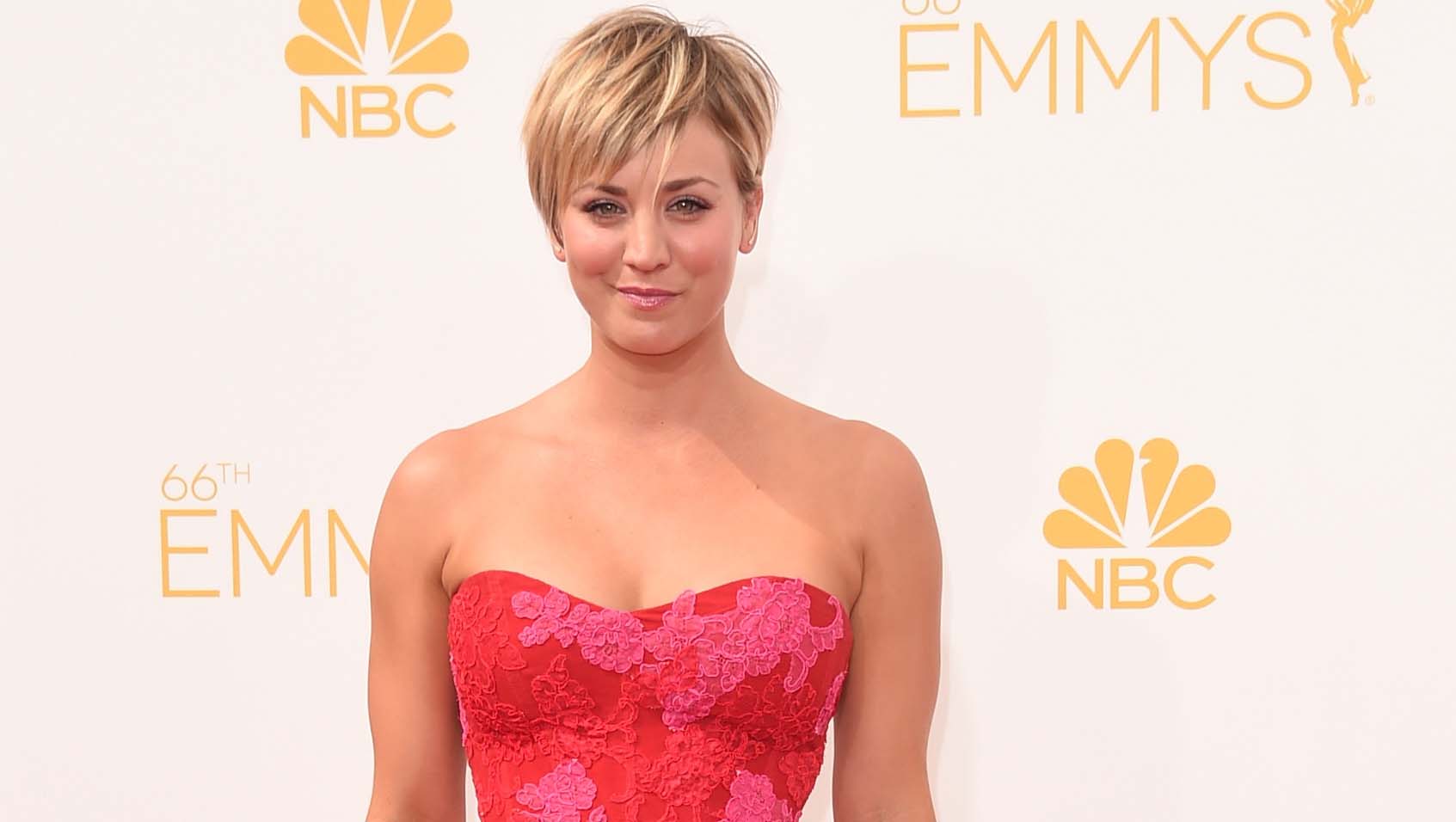 Kaley Cuoco says she cringes when she watches old episodes of CBS' "The Big Bang Theory," now in its ninth season.

"I do stop and watch because I'm appalled by what I'm seeing," she said in a recent interview. "I'm like, 'Kaley, what is that choice?' I usually put it on mute because I cannot stand the sound of my voice, especially early on. But (I look to) kind of see what I was wearing, and it's hilarious."

Her representative said last weekend the actress and Ryan Sweeting have "mutually decided to end their marriage." The couple tied the knot in a New Year's Eve ceremony in 2013.

The 29-year-old Cuoco has starred on "The Big Bang Theory" (Mondays at 8 p.m. EDT) since 2007. In a recent interview, she talked about understanding the devotion of "Big Bang" fans and her dream acting gig.

Associated Press: What's your dressing room on the set like?

AP: Do you think your acting has gotten better since those early episodes of "The Big Bang Theory"?

Cuoco: I'll look back on season one or two and I'm like, `How did I get hired? Like, what was I doing? What was that tone in my voice?' I talked up here. Thank god they saw through that. Over the years I've totally settled and gotten that much cooler and better but it's funny, I look back on a lot of shows and you look back to season one and those season ones aren't so good. (Laughs.) You're like, `Oh my god, this was horrible' because now it's so good. Like it's just such a difference. At the time it was great. ... I can't believe I got hired, let's put it that way. It was not good.

AP: Have you ever been a fan of a TV show the way some people are of "Big Bang"?

Cuoco: I grew up with `Friends' from day one and like `Seinfeld' and `Frazier,' those sorts of shows, but for sure `Friends' was it for our family. Like we would watch every Thursday night at eight o'clock, I couldn't wait. And Rachel, Jennifer Aniston, to this day is still my girl crush, you know? I loved her on the show, I loved her outside of the show, how she behaved. She was funny and cool and cute and I just idolized her. But the show itself, I mean, I get it now when people come up and they're like `I've never missed an episode' and they know all the story lines. I know every story line about `Friends,' I know every trivia question, so I kind of understand that love for a show. And I get, too, that comfortability where they really feel like they know you. If I saw anyone from `Friends,' I'd just walk right up like, 'Hey, Ross!' So, I get it.

AP: If you could act in another type of genre, what would it be?

Cuoco: A Western. And they should put me in one because I ride horses, OK? I'm a country girl at heart. I think an old-school Western would kind of be really up my alley and would be so fun, I'm so comfortable in that genre and around horses.