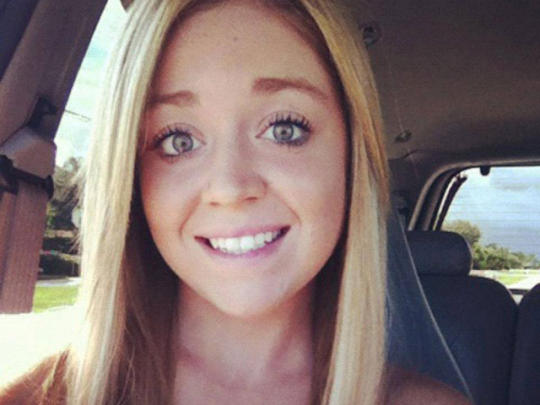 (CBS) VERO BEACH, Fla. - Kaitlyn Hunt, the Florida 19-year-old charged over a same-sex relationship with an underage classmate, will accept a plea deal that will allow her to be released from jail December 20 and not have to register as a felon or sex offender, reports CBS affiliate WPEC.

The plea deal allows Hunt to plead no contest to two counts of battery, two counts of interference with child custody and one count of contributing to the dependency of a child, reports the station.

In return, she will serve 3 years probation, 2 of which she would have to wear a GPS ankle monitor to ensure she has no contact with her former underage girlfriend in the case, reports the station.

The state will also have the ability to search every electronic account belonging to Hunt in order to verify she is complying with the deal.

The judge is expected to hold a hearing Thursday to finalize the agreement.

Hunt's attorney, Julia Graves, said the plea deal is in the best interest of all involved in the case.

Authorities say Hunt, of Sebastian, Fla., had sex with her then-14-year-old girlfriend last year. Hunt argues the sex was consensual.

Hunt was expelled from school, arrested and charged in February with two counts of lewd and lascivious battery on a child after the younger girl's parents learned of the relationship and went to police. She posted $5,000 bail and was released with a court order not to contact the alleged victim.

This is the third plea deal Hunt has been offered since her arrest. Sherejected the first and the second deal offered was later revoked following allegations Hunt violated her pretrial conditions by contacting the girl identified as the victim in the case. Prosecutors said Hunt exchanged thousands of texts with the girl and sent her nude photos. They also said Hunt's mother texted the alleged victim and urged her to delete "everything" so no one would find out the girl and Hunt had spoken.

Following the withdrawal of the second plea deal on Aug. 19, Hunt's bond was revoked and she has been in jail since. She was also hit with a new charge of transmitting material by electronic equipment harmful to a minor.

Hunt's case has garnered national attention for what some say is a gay rights issue. Advocacy groups including the American Civil Liberties Union of Florida argue that older high schoolers dating their younger counterparts is an innocuous, everyday occurrence that is not prosecuted - regardless of sexual orientation - and not a crime on par with predatory sex offenses.

Hunt's attorney says her client plans to work with lawmakers "toward a change in the law for teenagers attending the same school, no matter what their sexual orientation is."

"Together, we intend to be available to help educate the students attending our schools and their parents, as well as the teachers and administration that are unaware of these laws and the severe consequences they can carry. Kaitlyn, her family, friends and supporters never want to see another teenager in this kind of situation," the attorney said in a statement obtained by WPEC.