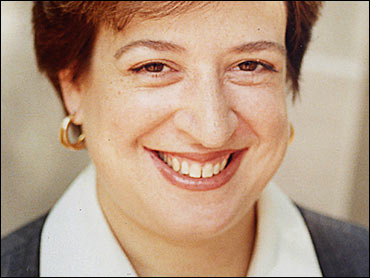 As a White House adviser in 1997, Supreme Court nominee Elena Kagan urged then-President Bill Clinton to support a ban on late-term abortions, a political compromise that put the administration at odds with abortion-rights groups.

Documents reviewed Monday by The Associated Press show Kagan encouraging Clinton to support a bill that would have banned all abortions of viable fetuses except when the physical health of the mother was at risk. The documents from Clinton's presidential library are among the first to surface in which President Barack Obama's new choice for the high court weighs in on the thorny issue of abortion.

The proposal was a compromise by Democratic Sen. Tom Daschle. Clinton did support the proposal, but it failed and Clinton vetoed a stricter Republican ban.

In a May 13, 1997, memo from the White House domestic policy office, Kagan and her boss, Bruce Reed, told Clinton that abortion-rights groups opposed Daschle's compromise. But they urged the president to support it, saying he otherwise risked seeing a Republican Congress override his veto on the stricter bill.

The memo, more of a political calculation than a legal brief, advised Clinton to support the compromise despite noting that the Justice Department believed the proposal was unconstitutional.

"We recommend that you endorse the Daschle amendment in order to sustain your credibility on HR 1122 and prevent Congress from overriding your veto," they wrote.