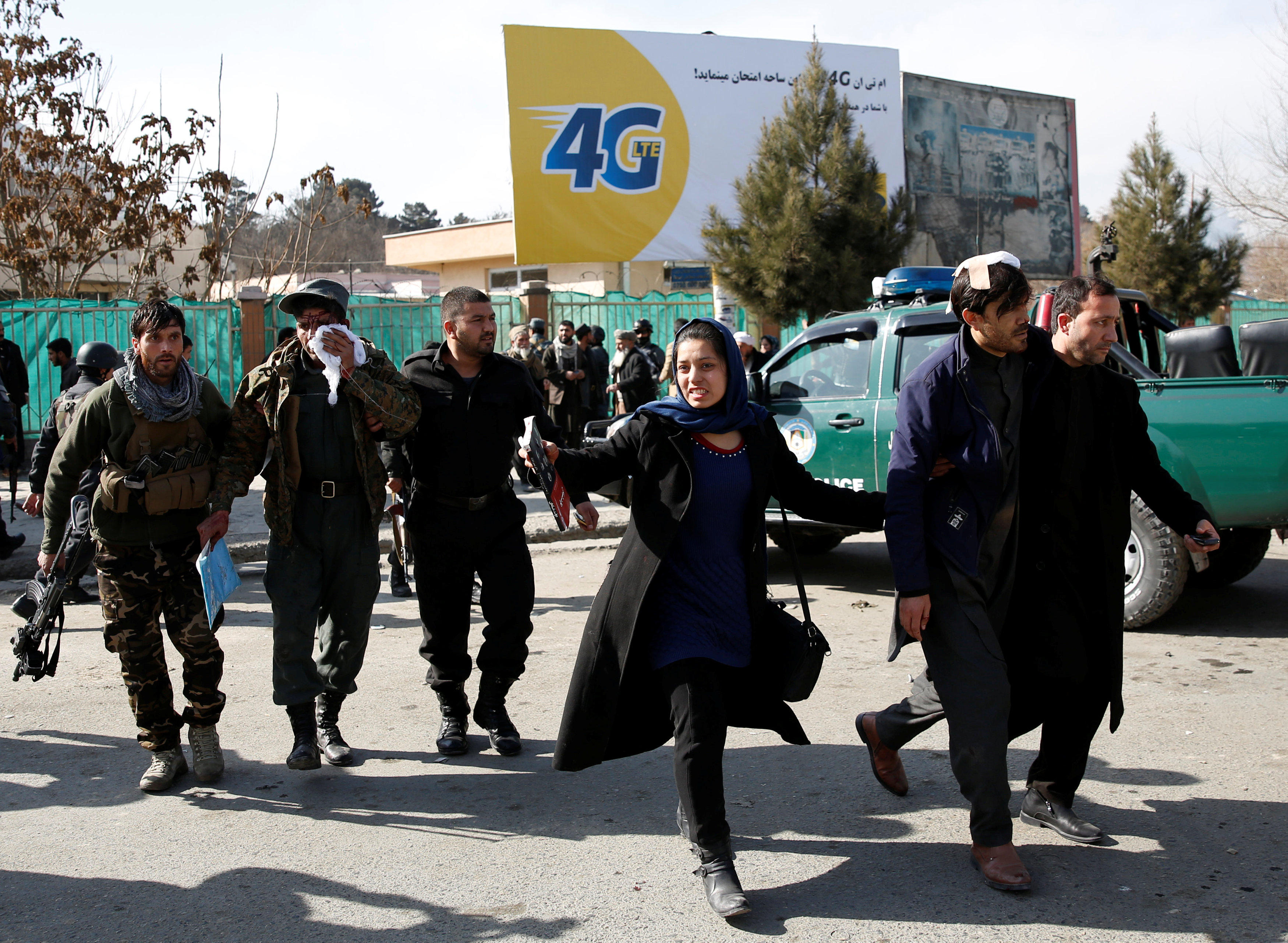 KABUL, Afghanistan -- The death toll in a suicide car bomb attack in Kabul climbed to 95 Saturday, with 158 wounded, according to Wahidullah Majroh, a spokesman for the Afghan Public Health Ministry. The bombing is the deadliest insurgent attack in Afghanistan so far this year. It came just a week after Taliban militants killed 22 at an international hotel in Kabul.

The attacker used an ambulance to get through a security checkpoint, telling police he was taking a patient to a nearby hospital, said Nasrat Rahimi, deputy spokesperson for the Interior Ministry. The attacker then detonated his explosives at a second check point, Rahimi said.

The blast was so powerful it shook buildings miles away and caused extensive damage to nearby buildings and shops, CBS News' Ahmad Mukhtar reports.

Witnesses said the area, which is home to Kabul's police headquarters and foreign embassies, was crowded with people when the attack took place, according to the BBC.

"The majority of the dead in the attack are civilians, but of course we have military casualties as well," Rahimi said. He said four suspects had been arrested and were being questioned. He didn't elaborate.

Commander of the United States Central Command Gen. Joseph L. Votel was in Kabul during the deadly bombing, CENTCOM confirmed to CBS News.

"The general was in Kabul, for regular scheduled meetings," CENTCOM Public Affairs Director Colonel John J. Thomas told CBS News in an email. "It was a large explosion that did not escape the attention of any of our people in Kabul."

CBS News' David Martin reports Votel was at the Afghan Defense Ministry -- less than approximately two miles from the location of the explosion near Abdul Haq Square.

"The general was never threatened and was not adversely affected by the explosion," Thomas said. "We do express our condolences to those who were directly affected."

Zabihullah Mujahid, a Taliban spokesman, claimed responsibility for the bombing, which sent thick, black smoke into the sky from the site near the government's former Interior Ministry building. Also nearby are the European Union and Indian consulates.

"The Taliban's use of an ambulance as a weapon to target civilians represents inhumane disregard for the people of Afghanistan and all those working to bring peace to the country, and is a violation of the most basic international norms," U.S. Secretary of State Rex Tillerson said in a statement.

"We commend all the emergency services personnel for their courageous actions in responding to this terrorist attack," he said.

"Our thoughts are with the victims and their families," he said. "My government and I stand with the brave people of Afghanistan. Their work to create a peaceful, prosperous future for all the citizens of this country is the best response to terrorists and others who know only violence."

The bombing was the second successful Taliban attack in a week on targets in the city with high security.

Last Saturday, six Taliban militants attacked the Intercontinental Hotel, leaving 22 people dead, including 14 foreigners. Some 150 guests fled the gun battle and fire sparked by the assault by shimmying down bedsheets from the upper floors. The U.S. State Department said multiple American citizens were killed and injured in the attack.

Afghan security forces have struggled to fight the Taliban since the U.S. and NATO formally ended their combat mission in 2014.

President Donald Trump has pursued a plan that involves sending thousands more U.S. troops to Afghanistan and envisions shifting away from a "time-based" approach to one that more explicitly links U.S. assistance to concrete results from the Afghan government. Trump's U.N. envoy, Nikki Haley, said after a recent visit to Afghanistan that Mr. Trump's policy was working and that peace talks between the government and the Taliban are closer than ever before.

On Dec. 28 a suicide bomber and other explosions at a Shiite cultural center in Kabul killed at least 41 people in an attack claimed by the Islamic State of Iraq and Syria (ISIS) that may have been aimed at a pro-Iran news outlet based in the building.

On Wednesday, ISIS militants stormed the offices of Save the Children in eastern Afghanistan killing four and triggering a standoff with police that lasted almost 10 hours. ISIS was involved in at least 10 fatal attacks in Afghanistan last year.

The International Committee of the Red Cross condemned Saturday's attack in a tweet, calling it "tragic and senseless."

"The use of an ambulance in today's attack in #Kabul is harrowing. This could amount to perfidy under IHL. Unacceptable and unjustifiable."