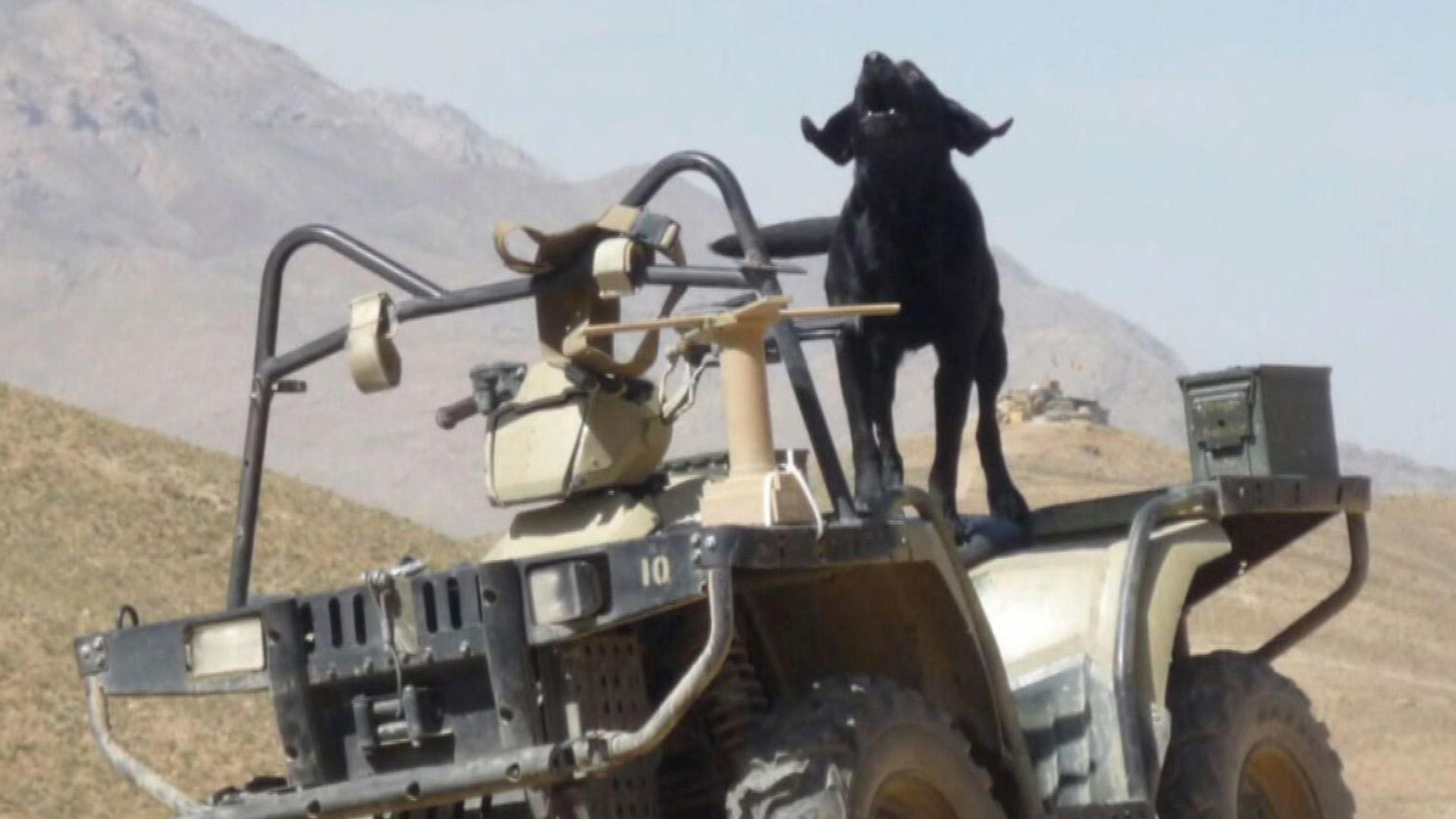 As a nation, we take pride in honoring our war heroes -- even if they have four legs.

Jones admits he must have the best job in the world. In part, he says, because he gets to spend all day with his best friend.

"The times where I have training and I have to leave her at home, it's horrible," Jones said.

Before working here, Summer did her bomb sniffing in Afghanistan where she saved the lives of numerous U.S. Marines.

On Tuesday, Summer was on Capitol Hill where she received the American Humane Lois Pope K-9 Medal of Courage, one of five military dogs honored for their extraordinary valor.

Jag also served in Afghanistan, with retired Army Sgt. Dennis Dow, who says Jag is a hero by any definition. Dow says Jag came under fire many times, but "in no way shape or form" understood the seriousness of the situation.

Dow says "no way" would he be alive today if it weren't for Jag. "There's a lot of guys who'd be dead today. A whole lot."

"Jag is the reason why Dennis gets out of the house, really," Jacqueline says. "The only reason why."

Dow tries every day to pay Jag back for all he's done.

Taking care of our nation's heroes -- and giving them the respect and honor they deserve.

In Virginia, military veterans take on their next mission: farming
More
Chip Reid