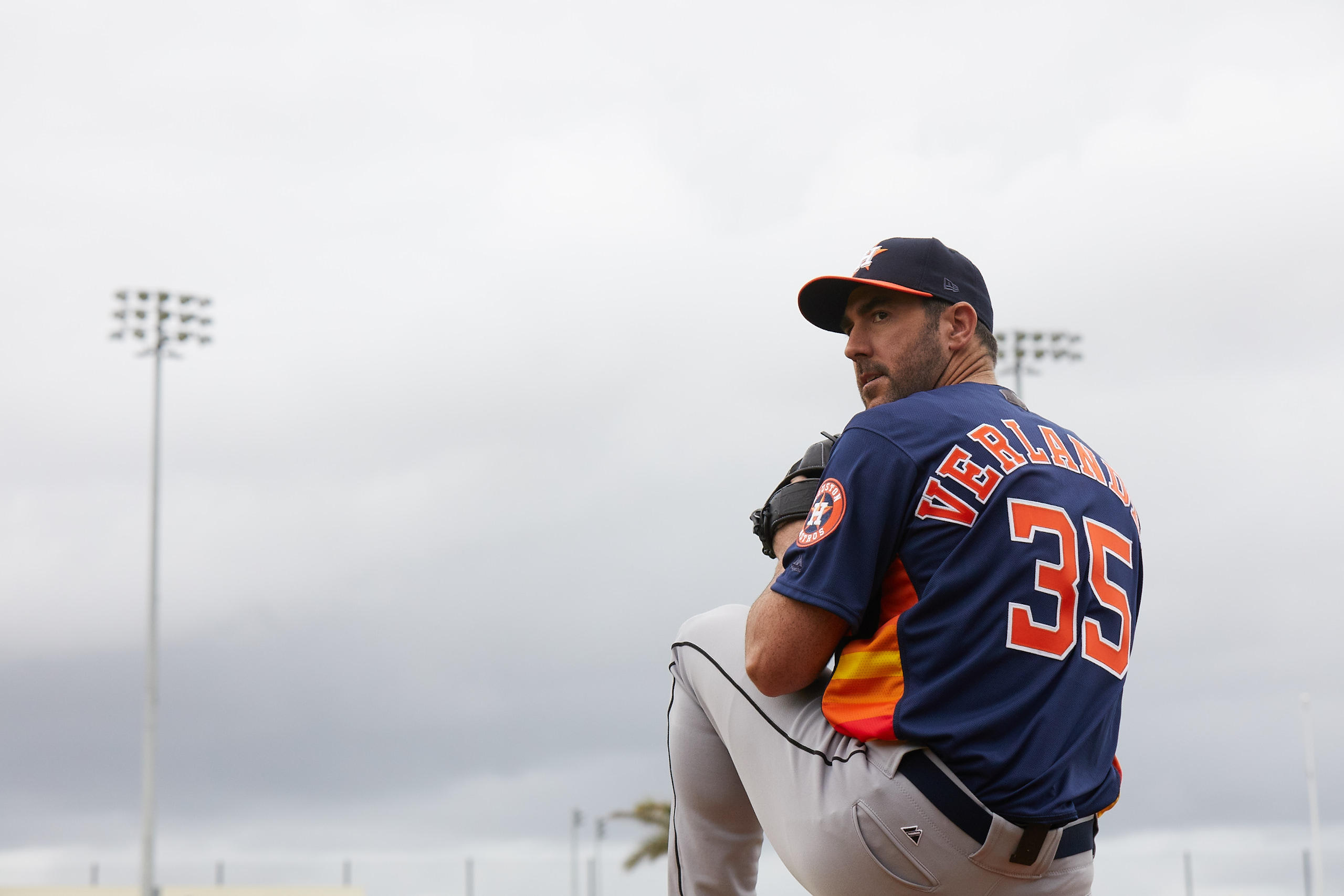 The last several months have been a whirlwind for Justin Verlander. Last summer, the 35-year-old star pitcher was traded to the Houston Astros after 13 seasons with the Detroit Tigers. The Astros went on to win the World Series and just three days later, Verlander and his fiancée, supermodel Kate Upton, got married in Italy.

"I like to joke that my friends tell me 'the best week of your life already happened. It's just down hill from here,' which is probably true. I don't know if it gets much better than that," Verlander told CBS News.

But he will try for a repeat of last season's glory on the baseball field. It starts March 29 on Opening Day when Verlander will start for the Astros against the Texas Rangers.

Outside of baseball, he has also partnered with Flonase on a campaign where he discusses his long-time battle with seasonal allergies, his relationship with his father and the impact it's had on his career through a series of short videos.

Verlander recently talked with CBS News about the health campaign, as well as balancing his hectic baseball schedule with his new marriage, and what he thinks the Astros' prospects are for this season.

Q: You've had quite a year. What have the past few months been like for you? How has your life changed?

A: It's been pretty crazy, honestly. I guess I wouldn't say it's changed dramatically, and I think that's a good thing, especially once Kate and I got married. I married my best friend so honestly it's just been fun. Winning the World Series, you get a sense of fulfillment, but it was such a whirlwind for me after the season. That first month, to get married, then the honeymoon, and by the time I got back and settled, I was already focusing on my workouts and getting back into the swing of things for the next season. It's such a crazy experience. So, I wouldn't say my life is any different except when I'm reminded that we won the World Series and got married. Then it's like, oh yeah, that really did happen! That wasn't a dream.

Q: Your World Series win came right after Hurricane Harvey. What was that like and what do you think it meant for the people of Houston?

A: Honestly it was incredible. I think there are not many opportunities where the city can bond with a sports team through a tragedy like that and it gives the city hope. It gives the city something fun to root for when otherwise they probably don't have much else going on that's happy. I saw videos on social media of families whose homes were devastated but they had a makeshift TV box and they were watching the World Series and cheering and having fun. That gives you goose bumps. The Houston Strong sentiment carried us all the way through. You never want to have a disaster like that, but that became a motivation for us in the clubhouse. We wanted to give a World Series win to a city that so desperately needed something to cheer for.

Q: And what was it like jetting from that World Series win straight to Italy for your wedding?

A: It was a crazy whirlwind. Definitely a hangover was involved. It was an interesting experience. We partied that night all night and then first thing in the morning had to hop on a plane and go straight to our wedding when all of our guests had already been there for a day and a half. It was two amazing once-in-a-lifetime experiences kind of tied into one in the same couple of days. That just doesn't happen.

Q: Is travel during baseball season hard on your relationship? How do you and Kate make that work?

A: We try to be together as much as possible. We both have extremely busy schedules but we've come up with a way that we can see each other and maximize our down time. During baseball season whenever she has downtime she'll come to whatever city I'm in, and during the off season I'm wherever she's at, so I'm in L.A. or New York a lot in the off season and she's in Houston or on the road during the season. We try not to go ever more than two weeks without seeing each other.

Q: Tell me a little about your relationship with your father and what it was like filming these short documentaries with him for Flonase?

A: The opportunity to do a documentary with someone who's had a huge impact on my life and career like my dad was a pretty great experience. It was really awesome to be able to sit down and just talk about my family and upbringing through baseball. Old stories that we haven't really talked about in a long time really brought a smile to my face, to hear them again and relive them through his eyes and remember where we started in these little back fields playing baseball with me, my dad, and my mom. Where it started to where it is now was a pretty amazing journey and I've shared that with my family this whole way and to be able to relive some of those moments was really special.

Q: How did you get involved with this campaign and how long have you been suffering from allergies?

A: I've had allergies for as long as I can remember. The first time I had them severely was when I went to college and I had such bad drainage I lost my voice completely for a week. From then till now I always searched for the best allergy remedy and a few years ago when I got Flonase and started getting on a regular routine with it, it really helped resolve most of my issues. It was by far the best allergy remedy that I had tried so when the opportunity to partner with them came along I thought it was perfect.

Q: How does having allergies impact your game?

A: The spring is great. It's the start of baseball season. It's the start of warm weather, but if you suffer from allergies it can be a miserable time. I know that first hand. I've been on the pitcher's mound before and I've had congestion or watery eyes and I think you can understand how that would severely impact my ability to perform.

Q: Do you get a sense of how many fellow ballplayers suffer from allergies on the field, especially during spring?

A: I would say allergies among baseball players are very common. A lot of people suffer from allergies, whether it's mild or major, and I definitely see a lot of guys around the locker room who struggle with it. We're 25 guys in there and somebody's always like 'man, my allergies are killing me.'

Q: Do you have any other tips for allergy sufferers?

A: I think what a lot of people can relate to is travel and how your allergies can really flare up when you're traveling. You get on an airplane with congestion or a runny nose, and it always seems to get worse. So, I feel people's pain and I've dealt with it and being prepared with my medication and being able to treat those symptoms has helped me tremendously.

Q: What are you most looking forward to for this upcoming season and what's the team's mindset right now?

A: I'm most looking forward to getting my bearings in Houston since I wasn't there very long last year. Being in another city, I love to eat. My wife and I are both foodies. We like experiencing new foods and I've heard there are a lot of great places to eat in Houston so I'm excited to find some of them.

As for the team, if I had stepped into this locker room for the first time this spring training, I would have never known that they won a World Series. Everybody seems hungry and excited about the start of a new season. Nobody seems complacent. The whole team is ready to go and I think that's a special atmosphere.

Q: What do you think the Astros' prospects are this year for another World Series win?

A: I think they're pretty good. We have the best team in baseball in my opinion and I know enough to know that anything can happen in 162 games. We need to stay focused. That's why I like this team so much because there's no complacency. Everybody's focused on being better and once you get to the playoffs then all bets are off and may the best team win.