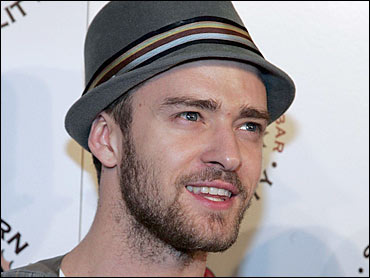 Justin Timberlake has been ordered to rest his voice.

Timberlake's strained voice is the result of his performance Sunday at MTV's Video Music Awards in Las Vegas and months of touring, Jive Records said in a statement Tuesday.

A doctor ordered several days of vocal rest for Timberlake, forcing the 26-year-old singer to miss shows in Sacramento, Calif., on Monday and San Jose, Calif., on Wednesday.

Tour promoter AEG Live has rescheduled the shows for Sept. 23 in San Jose and Sept. 25 in Sacramento.

Timberlake wraps up his FutureSex/LoveShow tour this month.