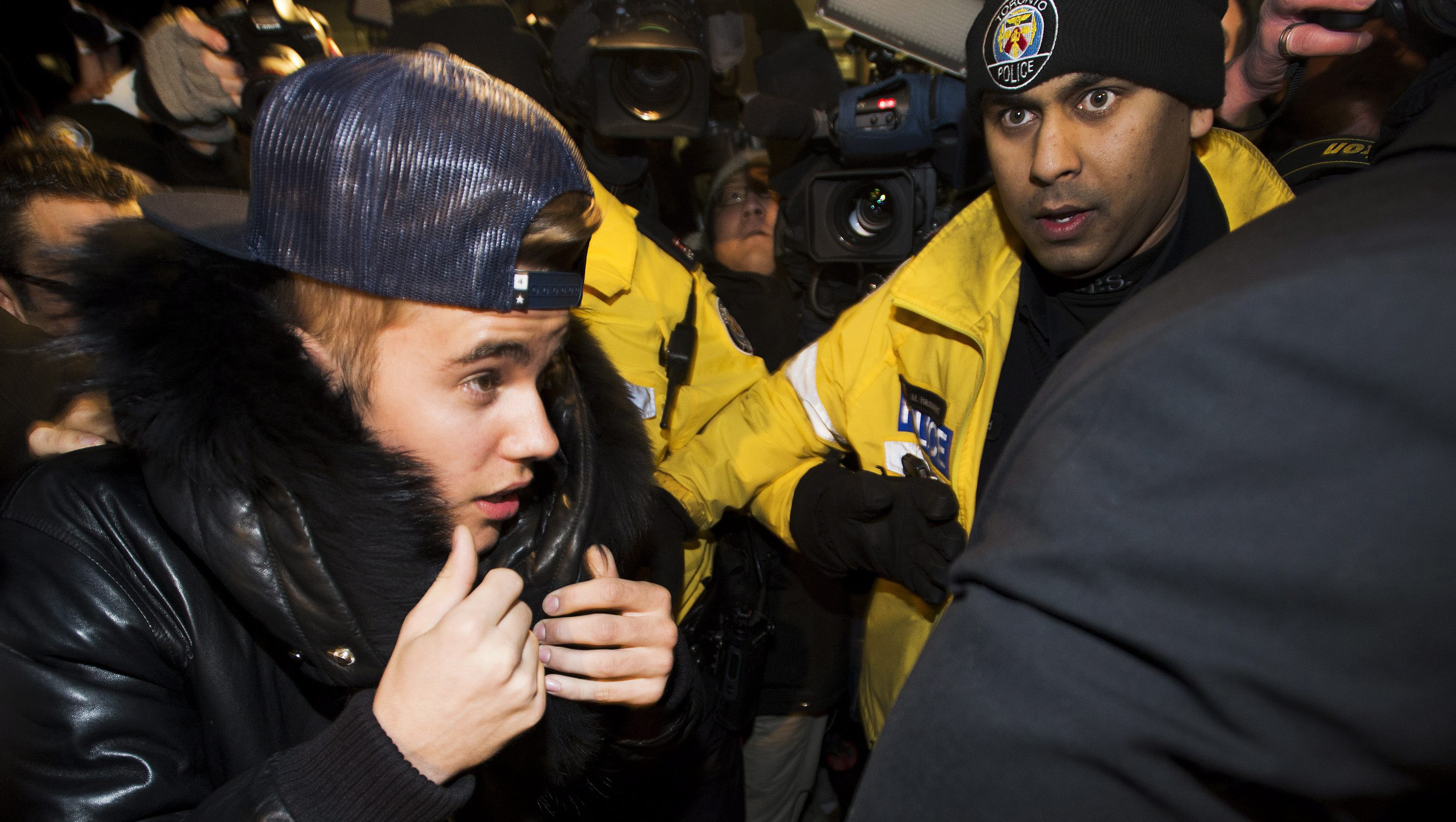 TORONTO - Justin Bieber turned himself in to Toronto police Wednesday and was charged with assault a limousine driver, the second arrest in a week for the once squeaky-clean teen heartthrob.

Bieber, wearing a black winter coat and a backwards baseball cap, was mobbed by screaming fans and media as he exited an SUV and entered the 52 Division police station around 7 p.m.

Hours earlier, lawyers for the 19-year-old entered a written plea of not guilty  to charges stemming from the singer’s Jan. 23 arrest in Miami Beach, Fla.

Toronto police said Bieber was one of six people picked up by a limo driver from a nightclub early on Dec. 30, and there was an altercation en route to a hotel.

During the incident, one of the passengers hit the limo driver on the back of the head several times, police said.

"The driver stopped the limousine, exited the vehicle and called police," police said in a statement. "The man who struck him left the scene before police arrived."

Police said Bieber was charged and that he left the station about two hours after he arrived, slipping out through a back door. He is set to appear in court on March 10.

Howard Weitzman, Bieber's attorney in California, said he expected the case would be treated as a summary offense, the equivalent of a misdemeanor in the United States.

"Our position is that Mr. Bieber is innocent," Weitzman said.

It's the latest in a series of run-ins with the law for Bieber. The "Boyfriend" singer was arrested early Jan. 23 after police said he had been stopped while drag racing down a street  in Miami Beach. Bieber was charged with driving under the influence, resisting arrest without violence and driving with an expired license.

Police said Bieber cursed at an officer and admitted to smoking marijuana, drinking and taking a prescription medication.

Attorneys for the pop star entered a not guilty plea on his behalf Wednesday. Bieber has an arraignment set for Feb. 14, but Florida law does not require him to be present. Defense attorney Mark Shapiro said a decision on whether Bieber will attend has not been made.

Earlier this month, investigators with the Los Angeles County Sheriff’s Department searched Bieber’s California home, looking for security video. The singer has been accused of pelting a neighbor's home with eggs, causing $20,000 of damage.

No charges have been filed in that investigation, but one of Bieber’s house guests, rapper Lil Za, was arrested when deputies allegedly found illegal drugs during their search.

Bieber's antics have prompted more than 115,000 people to sign a WhiteHouse.gov petition demanding that the star be deported to his native Canada. Because the petition has topped 100,000 signatures, the Obama administration must respond to it.