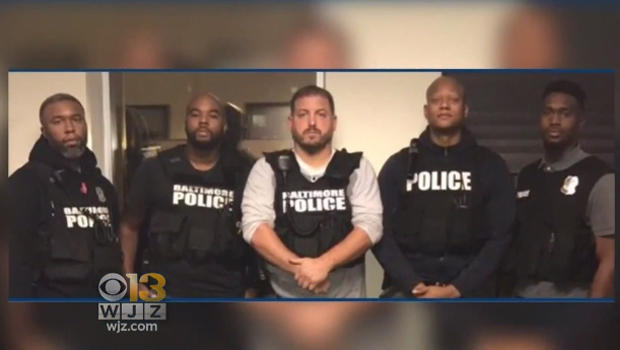 The two detectives on trial face robbery, extortion and racketeering charges that could land them up to life in prison if convicted. The trial in a federal courthouse has been dominated by testimony of four ex-detectives who worked alongside the defendants in an elite unit known as the Gun Trace Task Force.

Those former detectives pleaded guilty to corruption charges about their time on the squad, which was once praised as a group of hard-charging officers chipping away at the tide of illegal guns on city streets. They testified on behalf of the government in the hopes of shaving years off their prison sentences.

The former law enforcers testified that the unit was actually made up of uniformed thugs who broke into homes, stole cash, resold looted narcotics and lied under oath to cover their tracks. Wearing lockup jumpsuits, the ex-detectives admitted to everything from armed home invasions to staging fictitious crime scenes and routinely defrauding their department.

Assistant U.S. attorney Leo Wise described the two detectives on trial as "hunters" who "preyed upon the weak and the vulnerable" when their rogue police unit wasn't scouring the city trying to find large-scale drug dealers to rob.

Defense attorney Jenifer Wicks delivered a fiery closing argument on behalf of Detective Marcus Taylor. She told jurors the government went to the "depths of the criminal underworld" to find a parade of "professional liars" as witnesses.

"It's deplorable and it's nauseating," Wicks said, asserting there was insufficient evidence to convict Taylor of anything.

Detective Daniel Hersl's lead attorney, William Purpura, did not deny that his 48-year-old client took money - an act that "embarrassed" the city and the detective's family - but that didn't rise to charges of robbery or extortion.

He attacked the veracity of the four disgraced detectives, noting that they've admitted to lying for years to juries, judges, colleagues and their families.

"They want that 'get out of jail free' card," Purpura said.

The detectives on trial did not testify.

The out-of-control unit's onetime supervisor, Sgt. Wayne Jenkins, also did not testify. Jenkins was portrayed as a wildly corrupt officer leading his unit on a tireless quest to shake down citizens and locate "monsters" - bigtime drug dealers with lots of loot to rob.

His subordinates testified that he occasionally posed as a federal agent, encouraged his officers to keep BB guns to plant as weapons, and kept duffel bags in his police car with grappling hooks, ski masks even a machete to ramp up their illegal activities.

It's not clear when the ex-detectives who pleaded guilty will be sentenced by a federal judge.

The ongoing federal investigation speaks to a dark side of police authority in Baltimore at a delicate time for the beleaguered department.

A monitoring team is overseeing court-ordered reforms as part of a federal consent decree reached between Baltimore and the U.S. Justice Department due to discriminatory and unconstitutional policing. The mid-Atlantic city is also fresh off a new annual per-capita homicide record as the starkly divided city had 343 killings in 2017, roughly 56 killings per 100,000 people.

Even public defenders, who routinely question the testimony of police, were shocked by the sordid revelations exposed at the trial, saying there could be a few thousand tainted cases stretching back to 2008. So far, roughly 125 cases involving the eight indicted Baltimore law enforcers have been dropped.

"This was an ongoing criminal enterprise for many years," said Debbie Katz Levi, head of special litigation for Baltimore's Office of the Public Defender. "We don't believe that that this was merely a rogue unit, but rather a symbol of a flawed culture in need of serious reform."