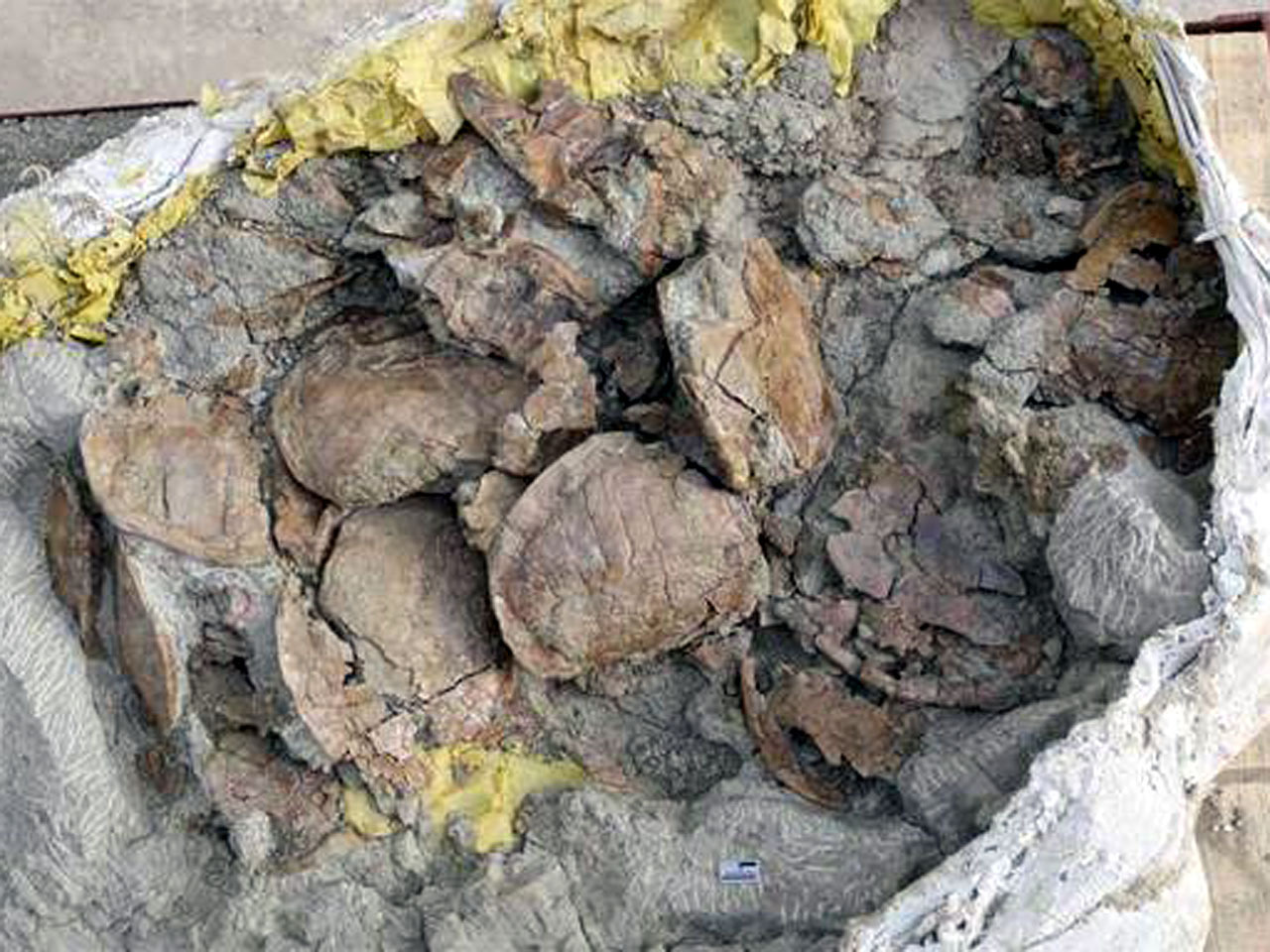 Scientists say they've uncovered a pile of 1,800 Jurassic turtle skeletons in China that had been swept into a mass grave millions of years ago.

The fossilized mesa chelonia turtles were found in China's northwest province of Xinjiang in what paleontologists call a "bone bed" with some of the shells stacked up on top of each other in the rock.

Some 160 million years ago, these turtles (identified as a species in the genus Annemys) likely had gathered in one of the remaining waterholes during a very dry period, awaiting rain, which apparently came too late, the researchers say. When all the water left in the hole dried up, the turtles died.

When the rain did finally arrive, it hit with catastrophic force. The inundation sent a river of mud over the area, washing the turtle corpses and surrounding sediments into one resting place, according to the paleontologists' analysis of the site. [See Photos of the Turtle Fossils]

The shells are up to 8 inches long and in the zone with the highest fossil turtle concentration, the skeletons are packed at a density of up to 36 turtles per square meter (11 square feet), the researchers said.

"This site has probably more than doubled the known number of individual turtles from the Jurassic," said Walter Joyce, a fossil turtle specialist at the University of Tubingen in Germany. The large sample gives researchers a rare chance to study variation among individuals in a single prehistoric species.

"We know from living organisms that individuals of some species look very similar, whereas individuals of other species show a lot of variation," Joyce wrote in an email to LiveScience. "As a paleontologist, it is therefore always difficult to assess if your fossil looks different from others because it is a new species, or because it is part of an already known, but variable species. With data from the new site we will finally be able to more rigorously assess patterns of diversity of turtles in the Jurassic of Asia."

The research appears in the October edition of the German journal Naturwissenschaften.