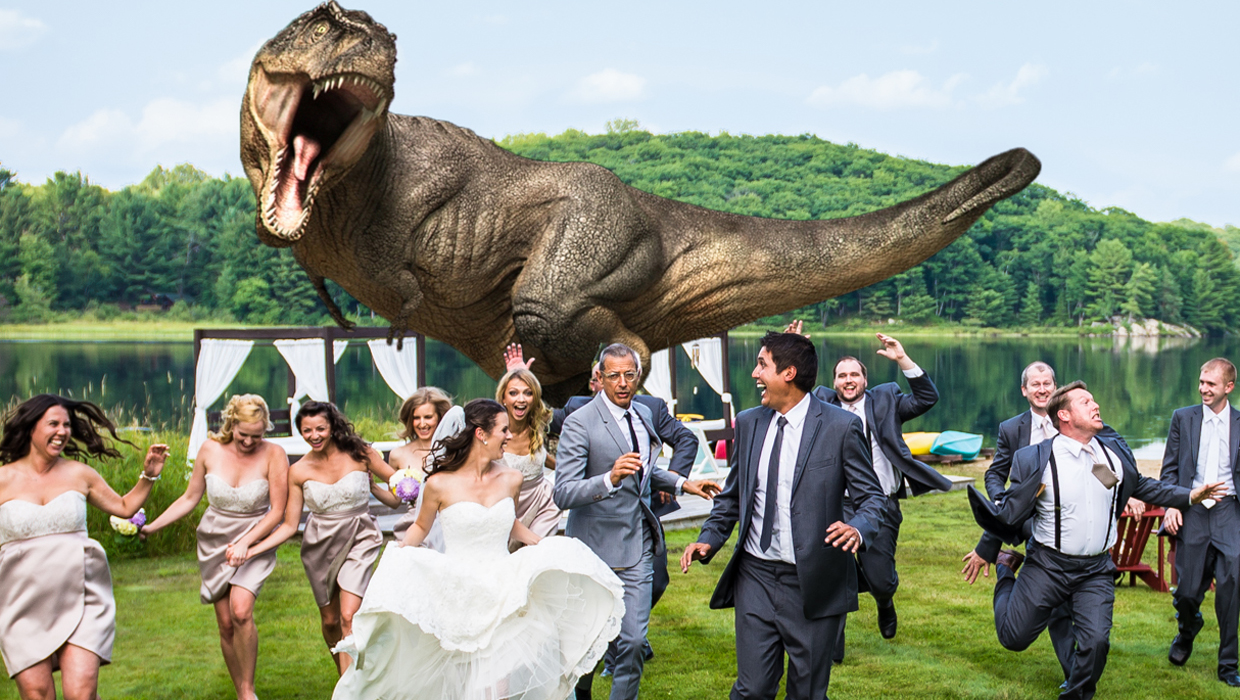 Jeff Goldblum can be a good sport at social gatherings when it comes to referencing his film work.

The "Grand Budapest Hotel" star recently attended a wedding in Toronto, where he posed with the bride, groom, ushers and bridesmaids in a photo featuring a T-Rex -- paying comical homage to the actor's turn in the "Jurassic Park" films.

The imposing dinosaur can be seen towering over the wedding party which included Goldblum's fiancee, Emilie Livingston, who is a friend of the bride, according to photographer Adam Biesenthal.

The lucky cameraman took to his Twitter page to share a link to the photo which has since gone viral:

Goldblum starred as Dr. Ian Malcolm in Steven Spielberg's 1993 dinosaur blockbuster and its 1997 sequel "The Lost World: Jurassic Park." He skipped out however on 2001's "Jurassic Park III" and is not expected to return for the upcoming fourth installment, "Jurassic World," due out in 2015. Chris Pratt and Bryce Dallas Howard have instead signed on to star.

It looks like the wedding photo will be the closest thing we'll have to seeing Goldblum running away from a dinosaur again anytime soon.